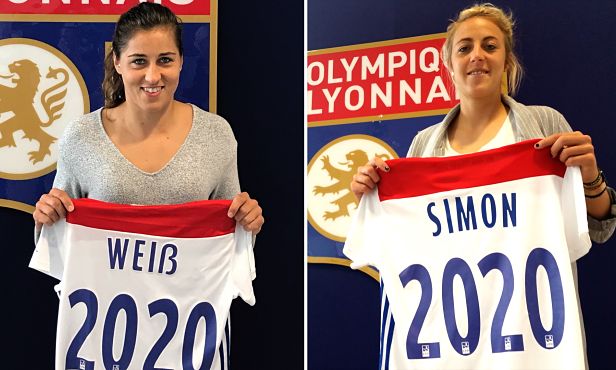 Goalkeeper Lisa WEISS, 30, joins Lyon from SGS Essen. A German international (10 caps), she was a member of the squad that won Euro 2009.

Both player signings, which last through June 30, 2020, are part of OL's strategy of strengthening the squad and the club's international standing.

Olympique Lyonnais are delighted to have secured the services of Weiss and Simon, who will help consolidate a group that has been re-shaped with the departure of talented players such as Jessica Houara-d'Hommeaux, Kheira Hamraoui, Kenza Dali, Claire Lavogez, as well as the retirement of long-time stars Camille Abily, Corine Petit and Elodie Thomis. Three additional players (Morgan Brian, Pauline Peyraud Magnin, Mylaine Tarrieu) also left the club on June 30, 2018.

The club thanks all these players for their contributions to the team and wishes them good luck in their future endeavors.