Jean-Michel Aulas: "It's important for the players to know that their president will be with them" 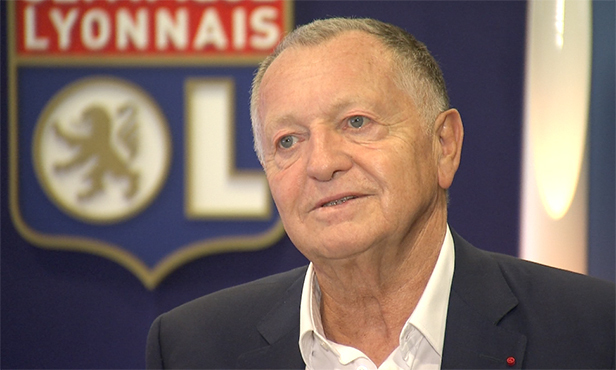 Lyon's president flew to Russia Thursday morning to attend the 2018 World Cup, where he'll personally support OL players Nabil Fekir and Anthony Lopes, as well as enjoy some the planet's best footballers up close. A exciting trip that he previewed in an interview with OLTV.

« Being able to participate in a World Cup is a lifetime highlight for a businessman and president of a football club. The first one I participated in was in the United States (in 1994). I've been involved in the entirety of the last six World Cups. For the French team, each time has been a fantastic endeavor, even if '98 obviously remains the most successful one. »

His presence in Russia

« Throughout these different eras, many club presidents have participated in the World Cup. I must be the only one who has done so this consistently, not only as a spectator but also by adhering to what the French Football Federation does, being a member of its Executive Committee. Not only are there players on the French team who came out of the ranks at OL and play for some of the biggest European clubs, but there's also a current Lyon player on the squad (Nabil Fekir). »

His role at the World Cup

«There is the professional function, namely to represent the FFF and the French team, and a sentimental and affective function, being close to the players, who will need support playing in a far-away country they don't know very well. I will be based alongside the French team. I will be with our players during games and during the trips, during the group stage and hopefully beyond. I will be in Moscow and I will attend other matches, about one per day.»

Number one fan of Fekir and Lopes

« It's important for them to know that their president will be with them. This is true for Anthony and Nabil, but also for all the former OL players, of which there are many. There will be a number of Ligue 1 Conforama players there as well. We want to stay close to our players, show them that we love and support them. This is a special moment, we can support the greatest players in the world in a context where, perhaps, OL will maybe have to count on them sometime in the future. »