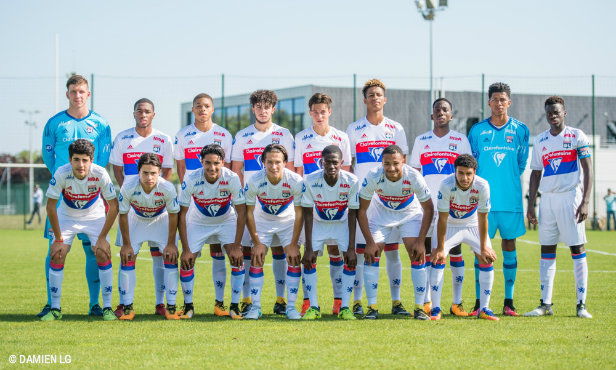 Olympique Lyonnais retains the top spot among French professional clubs for the sixth year in a row.

Thanks to players like Nabil Fekir, currently in Russia to play the World Cup with the French National team, as well Houssem Aouar, Willem Geubbels, Myziane Maolida and Amine Gouiri, who all featured in Ligue 1 Conforama this season after working their way up the club ranks, Lyon are once again the gold standard by which all other teams in France are measured.

In Monday's meeting, the Professional Football League (LFP in French) commission based its decision on the following criteria:

This new grading system recognizes the excellent work of the OL Academy and reinforces the strategy deployed by Olympique Lyonnais in recent years for training and educating the region's young footballers.

This is great news for the institution and for all those who have worked in training the players. The President and his team give us their trust, as well as the means to succeed. I thank them for it. These ongoing investments in the training project within the Academy allow us to be first. What is important is to have stability in the project. This is not an end in itself. We have a very interesting margin of progress in all areas of performance. We are proud and satisfied, but also have additional motivation to continue to be the best and to achieve excellence.