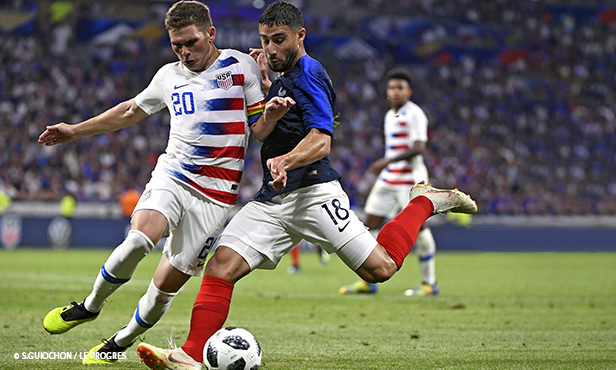 A Kylian Mbappé goal earned Les Bleus a tie in their home send-off ahead of the 2018 World Cup in Russia.

Team USA took a surprising lead just before the break on Julian Green's opener, but the home side salvaged a point thanks to Kylian Mbappé's equalizer twelve minutes from time. An unexpected result, but a draw that allowed Les Bleus to remain undefeated at Groupama Stadium and in their preparation matches ahead of the World Cup.

OL captain Nabil Fekir came on in the 69th minute to a standing ovation from the Lyon crowd and made an immediate impact. He helped set up the play for Mbappé's goal and came close to scoring on his own with a free kick and a goal-bound shot in extra time that was saved by keeper Zack Steffen.