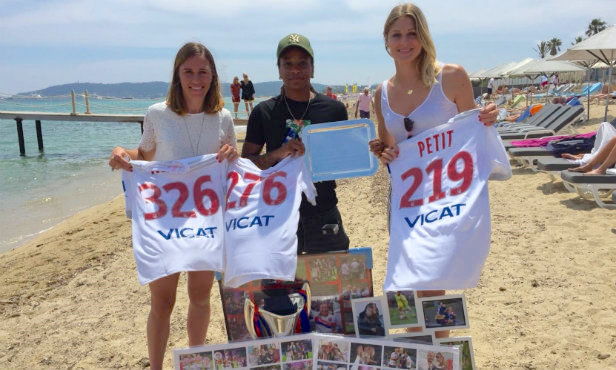 Champions of France and Europe, the Lyon ladies took a well-deserved weekend trip to Saint-Tropez.

There is a time for everything. A time to set goals, a time to achieve them and, finally, a time to celebrate. And as so often has been the case with the Olympique Lyonnais women's team, more goals were reached during the 2017-18 campaign - specifically, a twelfth straight D1 Féminine title and a fifth Women's Champions League title, both records. The final reward? A weekend getaway to sunny Saint-Tropez to bask in the sun, and the satisfaction of putting together another brilliant season.

By continuing to make history, the Lyon ladies earned the right to live it up in style and celebrate after months of hard, intense work.

With head coach Reynald Pedros and club president Jean-Michel Aulas in tow, the trip also served as a fitting farewell to departing stars Camille Abily, Corine Petit and Elodie Thomis. A final gathering in memory of past glories, before turning the page and looking ahead to the future of Olympique Lyonnais.