Kadeisha Buchanan re-ups with OL through 2022 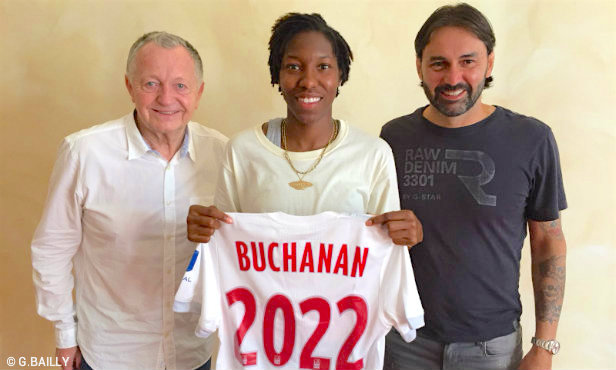 The Canadian international defender has committed the next three years to the French club.

While the OL ladies were celebrating their D1 Féminine and Women's Champions League titles in Saint-Tropez, Kadeisha Buchanan put pen to paper Saturday to sign a three-year contract extension with the club through June 2022 contract. Lyon president Jean-Michel Aulas and women's team coach Reynald Pedros were with Buchanan during her special moment.

After arriving at OL in January 2017, Buchanan quickly established herself in the team's backline alongside captain Wendie Renard and Griedge Mbock, winning two trophies in her first full season with the club.

Kadeisha is currently on national team duty with Canada, who have their sights set on the 2019 World Cup in France.