Reynald Pedros : « We must take this last step to make it an exceptional season » 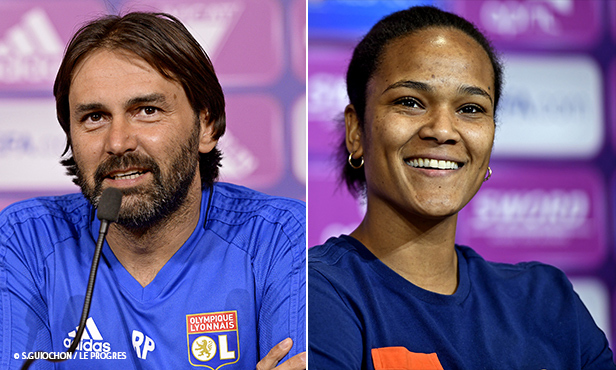 « The players celebrated, but personally I didn’t enjoy the European champion title at its fair value. I’ll celebrate a bit more if we win this last final. We will give everything to win the treble. We’re on a very very positive dynamic. It's our last game… Today everyone is fine except Sarah (Bouhaddi) and Jessica (Houara). We are thinking of her right now… We’ve won the first two titles. We must take this last step to make it an exceptional season. It’s a long process. PSG? They’re a team that doesn’t engage. It mostly depends on us. We’ve already set some milestones for next season. We'll have time to deal with it after Thursday's game. »

« We can’t wait to finish the season on a high note. So far, we’ve fulfilled all our objectives. There is one left. Mentally, the team is doing very well. We’ve already recovered from our last match. I had some problems. We’re well aware that PSG have been chasing titles for several years. We will do everything to start the match the best way possible, give ourselves the means to win and continue to make history. It's a final. We must give eveyrthing. They’re a team that defends well… We’ll have our chances. The Champions League is the most beautiful competition. There are three great players who will leave us [after this season]. We have one final battle left”. »