Football, but not only! 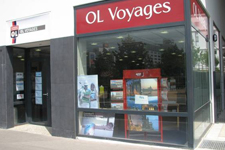 OL Trips offers you to accompany the Olympique Lyonnais during its trips, to organize your future holidays in France or abroad, or to book your next visit at the Club Med ! 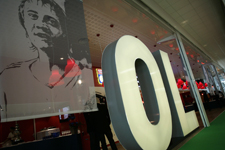 It’s during your trips that you could have lunch in the airport Saint Exupéry OL Brasserie. A brewery fully decorated with the club colors, in a comfy and warmth environment! Support you team and enjoy a relaxation moment. 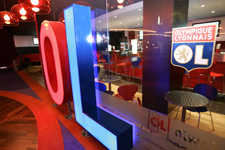 It’s in the heart of the brand new “Carré de Soie” mall in Vaulx en Velin that you could enjoy a relaxation break in the OL universe. Come support your team by watching matches on screen, and having a drink! 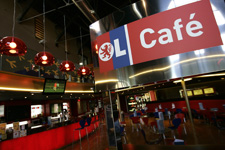 Before seeing your movie, have a break and have a snack in a completely dedicated OL universe. Come support your preferred club by watching matches on screen, and having a drink. 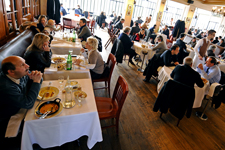 Before and after the show, the Paul Bocuse cuisine. The Argenson Gerland restaurant is one of the 5 restaurants of the Paul Bocuse group. It offers a particularly nice environment, at the Maison Bocuse image, for sport lovers customers and cuisine lovers. This place proposes a welcoming favorable to business for business customers who are concerned to offer their clients or prospects one of the best Lyon cuisine. 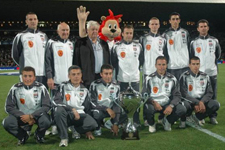 The CRO LYON Boules is a sportive association anchored for more than 60 years in la Croix Rousse, Boule Lyonnaise’s cradle. Since 2004, the OL partnership increased significantly the CRO media coverage. This phenomenon affects non only the club image, but also helps totally a best identification of the boules sport.