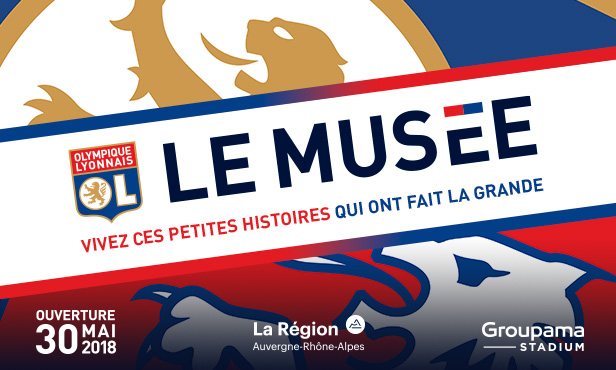 Located at Groupama Stadium, the Olympique Lyonnais Museum tells the story of a world-famous club that has been active for more than sixty years. With the usual anecdotes, period pieces and innovative interactive features, the museum, in the heart of the Auvergne-Rhône-Alpes Region, combines past, present and future through a fun and educational journey that goes beyond the football pitch.

Rue Jean de Tournes, Cours Charlemagne, Gerland, Décines, Meyzieu... Over the years, the heart of Olympique Lyonnais has beaten all over Lyon and its region, a sign of its undeniable place in the heart of a city, a region, a whole territory. That's why, everywhere in and around Lyon, emblematic places will forever be marked by Olympique Lyonnais. The Gerland Stadium, the Brasserie de l'Ours Blanc, Groupama Stadium ... So many iconic places that the museum explores today with meticulous attention.

The names of great men associated, in one way or another, with Olympique Lyonnais also resonate throughout these places. Whether it's Tony Garnier, a prominent Lyon architect awarded for his municipal stadium in the Gerland district, or Tola Vologe, a figure of Lyon's resistance to Nazism, nobody who ever helped make Olympique Lyonnais a reality will be forgotten.

Behind each victory is a stadium, behind each trophy we can see a city, its buildings and its people. The heritage of Olympique Lyonnais is sporting, but it is also cultural and territorial. Every supporter, every sympathizer has already appropriated it in their own way. It all comes together within the walls of the OL Museum. 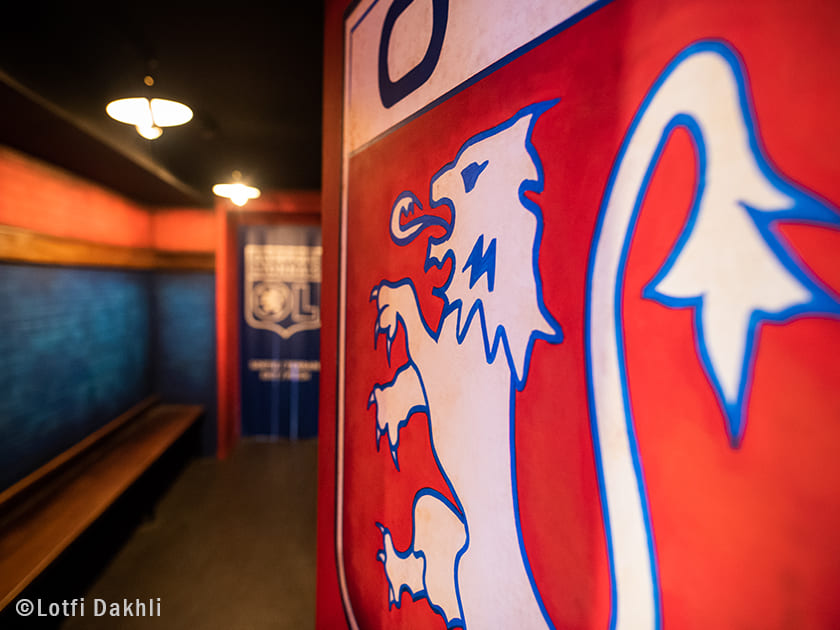 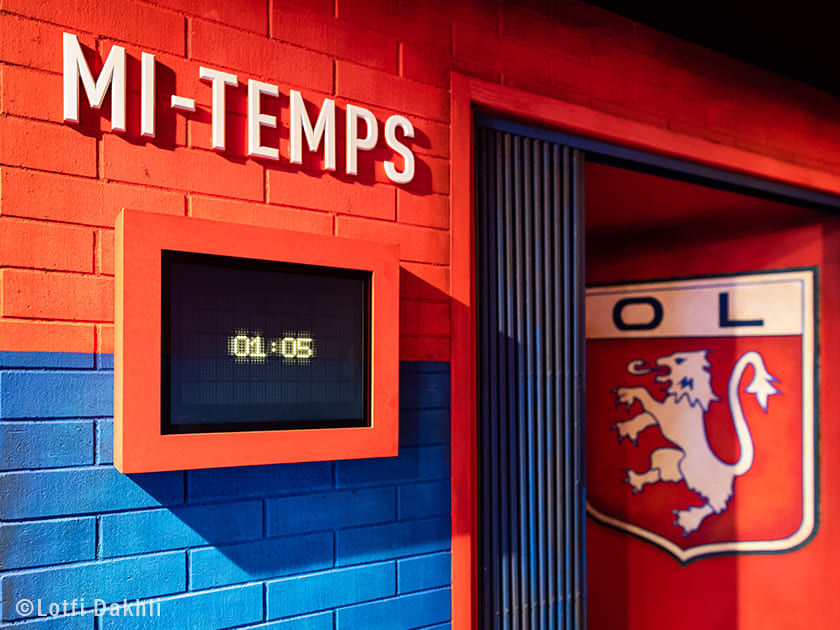 A key player in the development and support of sports, the Auvergne-Rhône-Alpes Region will have a permanent space for expression in the museum's scenographic journey.

This dedicated space will put into perspective the relationship between the community and the sporting world, whether amateur or professional. The Auvergne-Rhône-Alpes Region, a vast territory with diverse landscapes, lists 22,000 sporting clubs, 2.2 million club members, 2,000 high-level athletes and 4,000 disabled sports license holders.

With the support of the Region, there are 20 approved training centers, 36 youth divisions and 14 French divisions, and 13,000 sports educators who allow athletes to benefit from privileged conditions to play their respective sports and perform at the highest level at international competitions. More than ever, the Region supports its athletes!

OLYMPIQUE LYONNAIS, THE MIRROR OF A SOCIETY IN PERPETUAL EVOLUTION

In almost seventy years of existence, Olympique Lyonnais has seen iconic players, outstanding presidents and seasoned coaches pass through its ranks. The club has its fair share of historic moments, trophies, victories and immense joys, as well as nuanced seasons.

The history of Olympique Lyonnais is a sporting one, but also a story of encounters; those of men who decided to create the club, of players, who, season after season, unite under the lion's coat of arms, or that of a whole city, with an Institution that makes it shine in France and the international stage.

The history of Olympique Lyonnais, like many others, is also and above all the history of our society and its evolution. Because football is universal and accessible to all, it is a great witness of the times. From the Iris Stadium in Villeurbanne to Groupama Stadium in Décines, from the Gerland football school to the Meyzieu Academy, from the Republic's brasserie to the club's international branches, Olympique Lyonnais is in a constant state of growth. It is this permanent evolution that the Museum proposes to retrace, space after space. 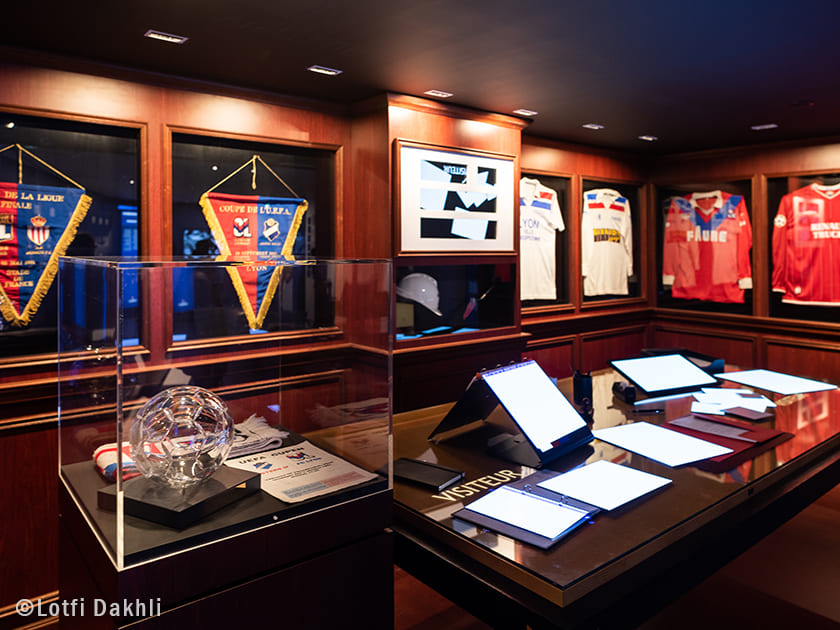 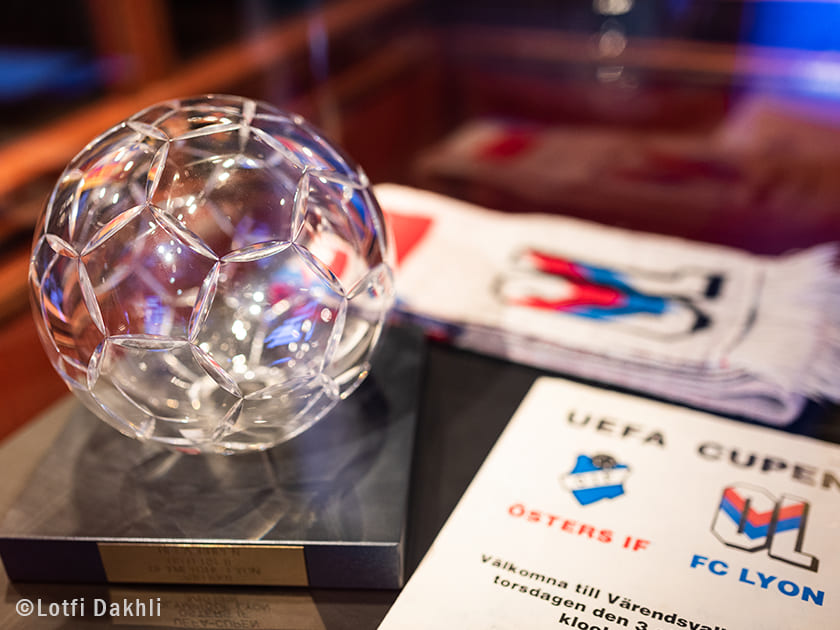 The teams relied on the talent of Lyonnais director Jean-Christophe Hembert, an unconditional fan of the club, who designed the museum's holographic attraction. Like an alchemist, he was able to combine his experience of staging, his artistic inspiration and his passion for Olympique Lyonnais to design a fantastic and original attraction in a museum. Visitors will inevitably be seduced by this extraordinary experience immersed in Groupama Stadium.

In a football club more than anywhere else, history is nothing without the thousands of stories that make it up. Within the OL Museum, the displays are filled with these stories, both individual and universal; Individual because they come from objects collected from supporters and supporters, who actively participated in the development of the collections. Universal because they all express the same passion, the same fervor, the same love for the club.

What is a match ticket if not a piece of paper? However, this ticket can reveal the story of a first time in Gerland, the discovery of a noisy stadium, its gigantic projectors, its seats recognizable among all. What is a football if not a piece of inflated leather? However, this ball can reveal the story of a dream come true, a goal scored in front of a family in turmoil, a symbolic entry into play under the colors of the city.

The OL Museum collection is composed only of those objects that have made, that have been and will forever be Olympique Lyonnais. The story of a human passion, an indescribable cohesion that transcends ages, boundaries and origins. The history of football and the indelible footprints it leaves in everyone's minds. A gigantic painting reconstituted from hundreds of pieces of a puzzle scattered in Lyon, within the region and beyond its borders. 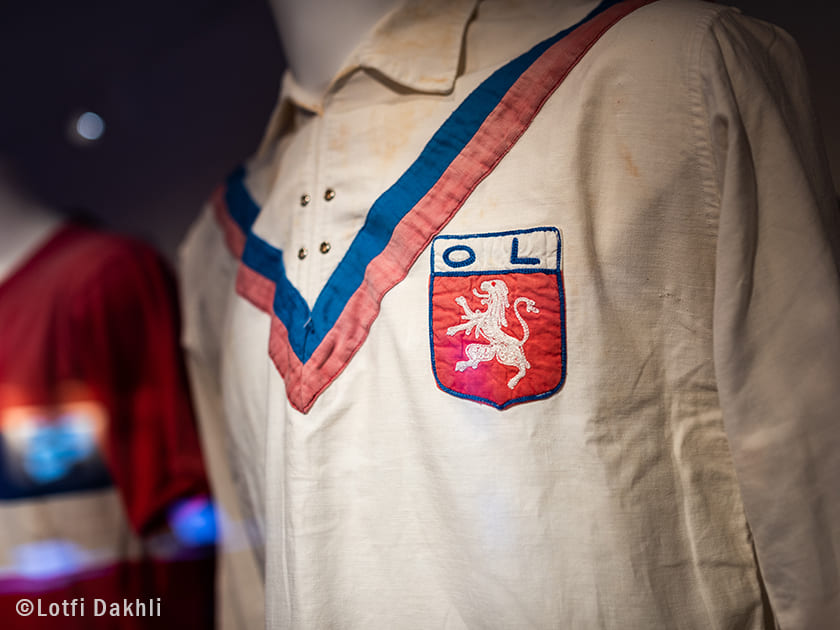 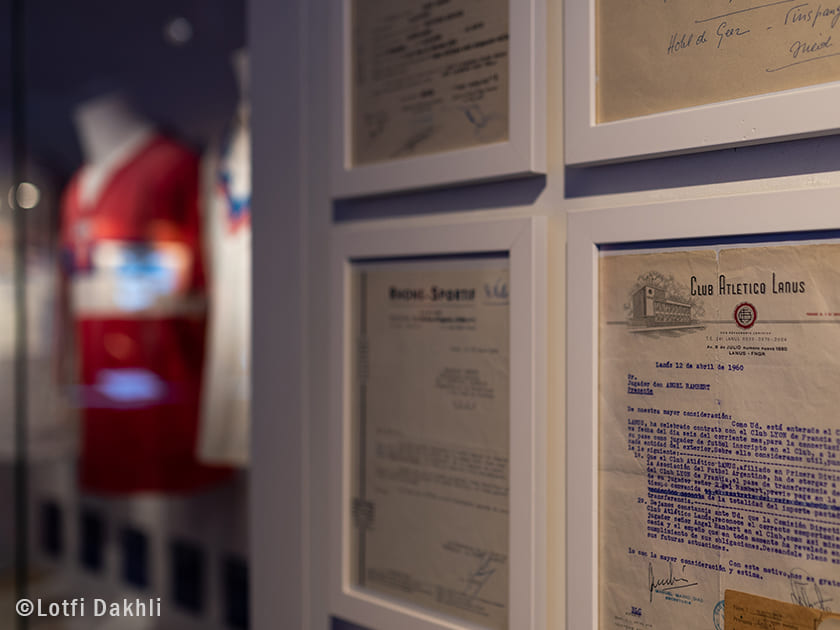 THE OL MUSEUM, YOUR MEMORIES, YOUR HISTORY

If the history of Olympique Lyonnais was written on the football fields of France and Europe, it was also written in the stands, in cars and trains carrying supporters, in friendly meeting points, bars, breweries, television sets, the hands of masseurs and physiotherapists, in the minds of the tacticians, the menus of the dietitians, the training centers, the partner clubs and all the hearts who have beaten red and blue. We are all Olympique Lyonnais. It is this creed, more than anything else, that the OL Museum, wants to embody.

Nobody can ever prioritize and classify a memory, an emotion, a passion. The challenge of the OL Museum is that of completeness. 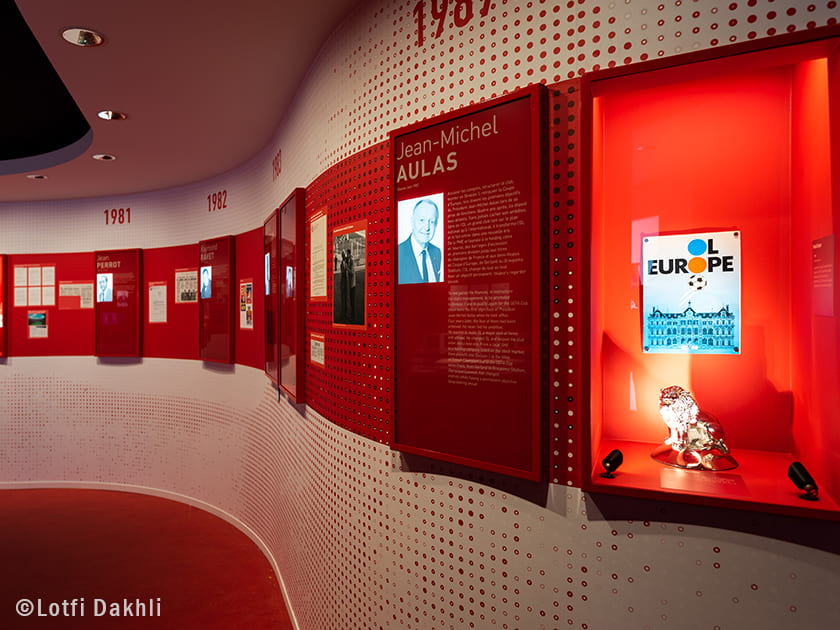 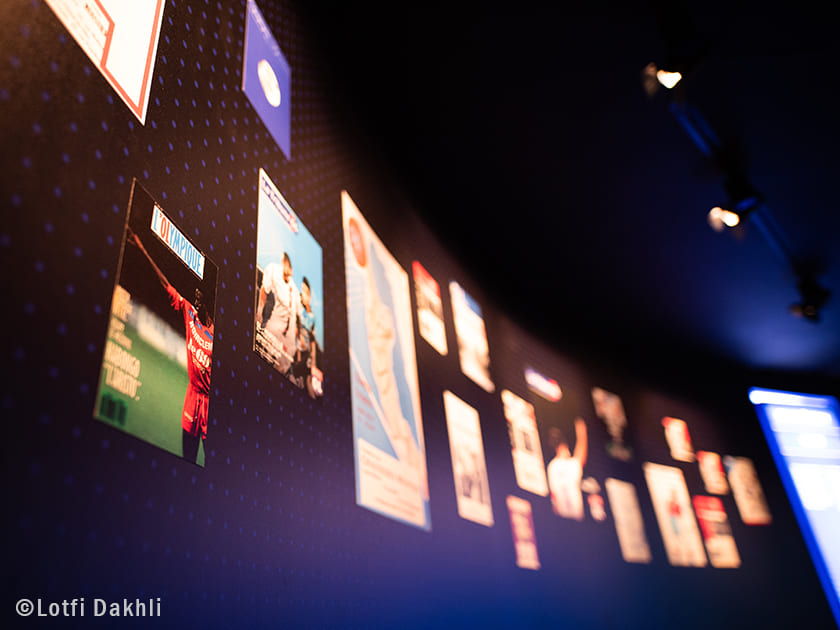