Stéphane Benas : « The OL Museum is the project of a lifetime » 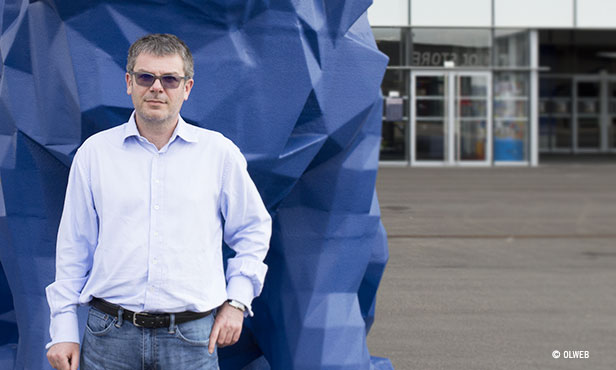 This Monday, the Olympique Lyonnais Museum will be inaugurated. In the lead-up to the official opening, get to know Stéphane Benas, OL supporter-turned museum director.

Stéphane, how was the idea of ​​a museum dedicated to Olympique Lyonnais conceived?

It came from President Jean-Michel Aulas. Today, I think that all major clubs capitalize on their history, on their heritage. I really like Georgio Chiellini's recent quote on the Champions League: "In the end, it's the story that won." This sentence symbolizes the essence of our museum: it's there to tell the stories of its actors and its values.

How did you get involved in the project?

Every day on Twitter I wrote anecdotes about OL history and one day President Jean-Michel Aulas contacted me by private message. He didn't know me. It was a big risk on his part.

How long did it take to make the museum a reality?

I joined the project about two years ago. We worked internally with a team of three people. At first, it was necessary to define the theme of the museum, to know how to approach things. The most important thing was to have clear ideas about the story we wanted to tell and follow this guideline throughout the project. The project lasted six months, during which time we also searched for relevant information and museum pieces. Today we have the satisfaction of knowing that this idea has now become reality.

On that note, what was the main focus of the project?

The first wish was to work on the notion of emotion, because it is a fundamental value for players, leaders and fans. The goal was to make a public project so that everybody could find a story that touches them. You really shouldn't exclude anyone and surprise people. That was the real goal of the project. It is football that takes its place as culture. We didn't create an attic, we created a museum where the visitor will learn, interact and be able to be surprised and moved by plenty of historical, social and artistic items.

How did you put all the pieces of the museum together?

I watched a lot of videos, about 25,000, and researched a lot of documents, about 50,000. We will be exhibiting never-before-seen items. The club opened its archives without any apprehensions or taboos. I had full editorial freedom. Then there is an important relationship element with the former players, who have all been very kind. We wanted to innovate and tell stories starting from that perspective. From the moment we say that football is culture, it doesn't stop with the the jersey, the ball or the boots. It has a life of its own. And the thing we can be proud of that we tried to include everybody.

Speaking of which, which part of this project has impacted you the most?

I was struck by the strong bond between those who played for OL and the club... In the same way, the respect that the biggest European clubs can have for OL is also impressive. I went to see four museums of four very large European clubs, and when I called on behalf of OL to see how how they operated, I was greeted with great consideration.

Can we say that it's been an amazing adventure for you?