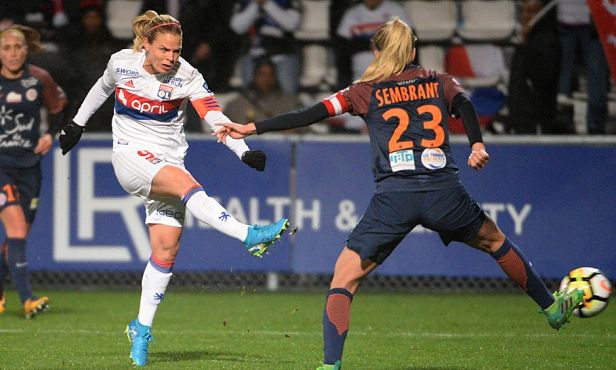 After beating Manchester City 1-0 last Sunday to advance to the Women's Champions League final and moving within striking distance of a 12th D1 Women's title with a 3-1 midweek victory at Fleury, Lyon look to take one step closer to a treble Monday night when they face Montpellier in the Coupe de France semifinal.

OL have already defeated MHSC twice this season in league action: 5-0 at Herault and 2-1 at Groupama OL Training Center. A new victory would set the stage for an 11th Coupe de France final appearance, their seventh in a row, and a chance for Lyon to hold on to the trophy they have lifted every season since 2012.

Montpellier, for their part, are trying to salvage some silverware from their season. Eliminated in the quarterfinals of the Women's Champions League by Chelsea (0-2, 1-3), Jean-Louis Saez's squad then fell behind PSG in the league table, losing out on a qualifying spot for Europe in the process.