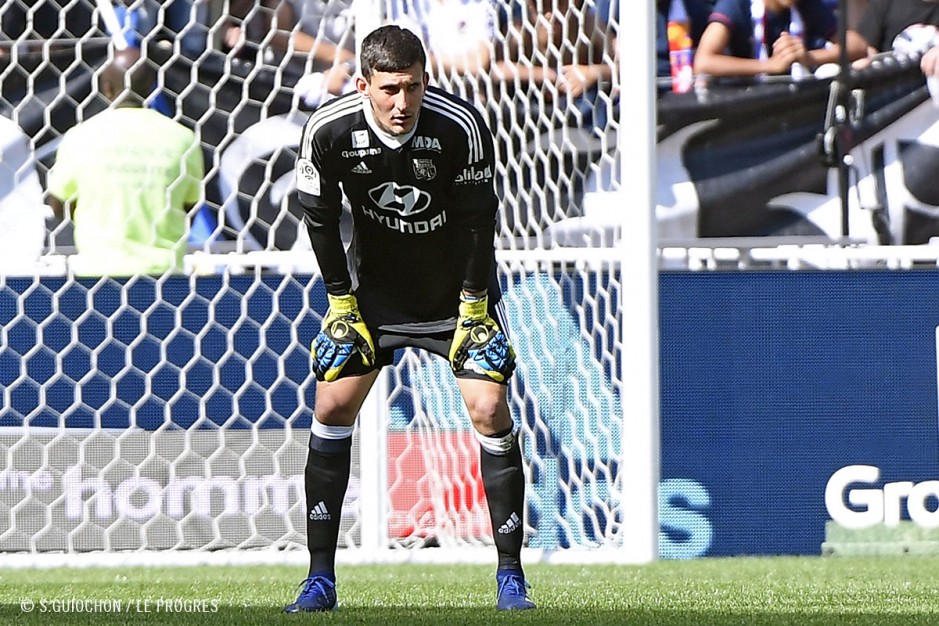 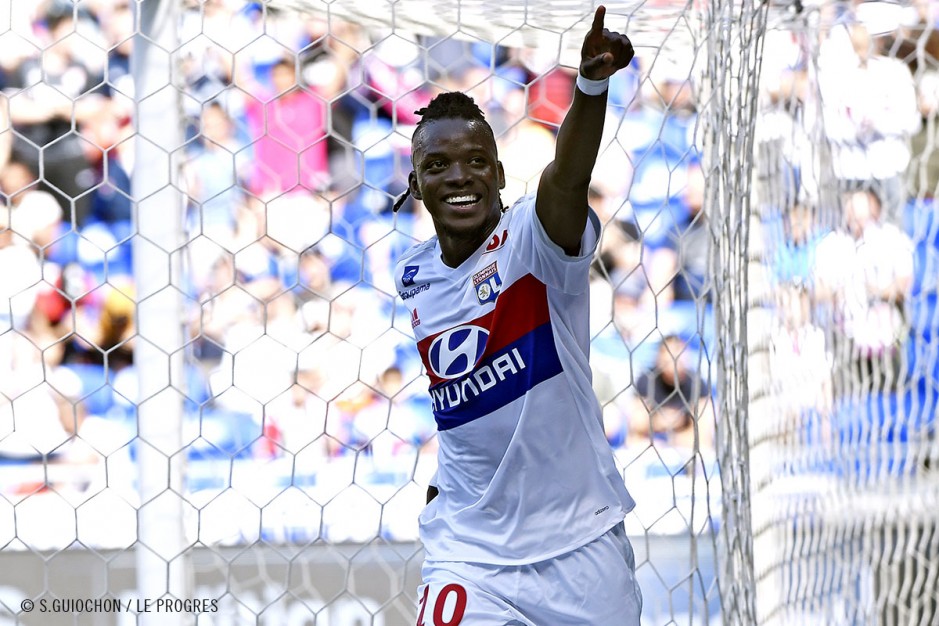 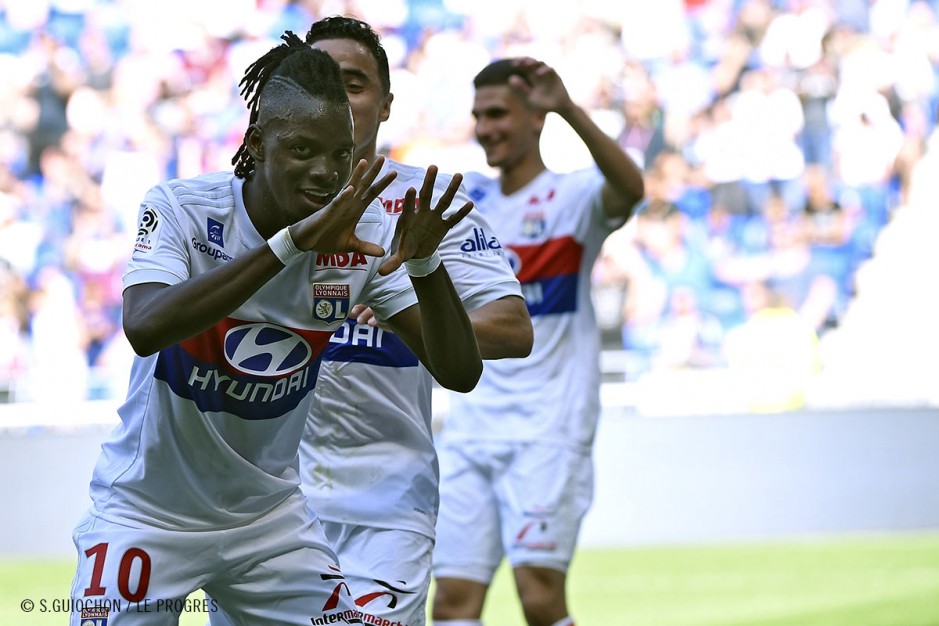 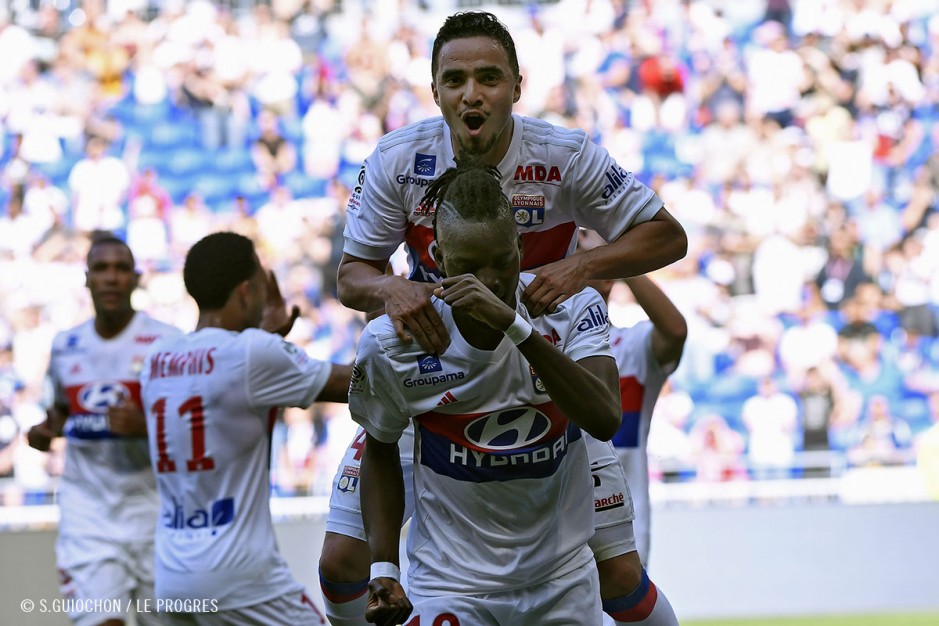 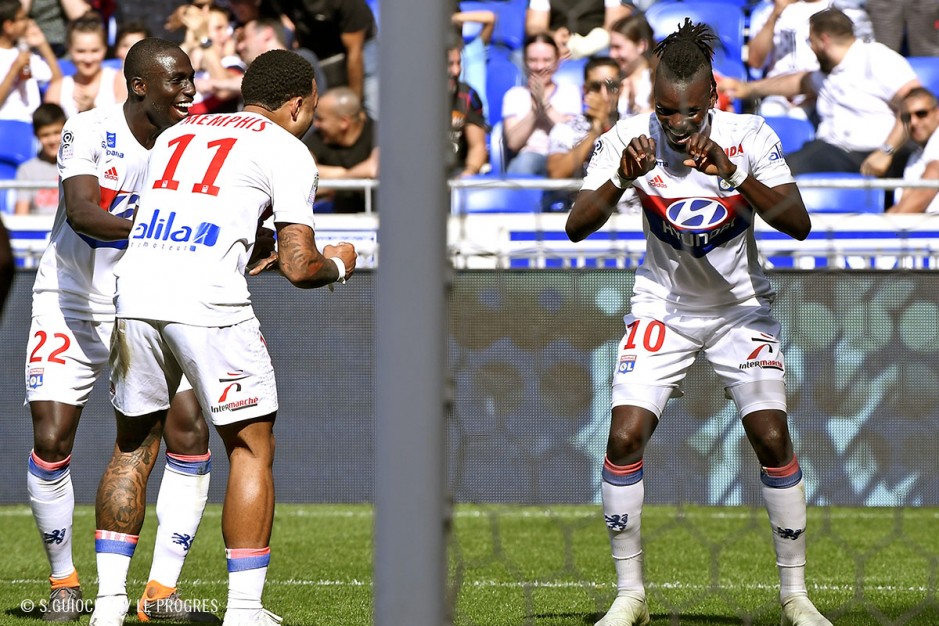 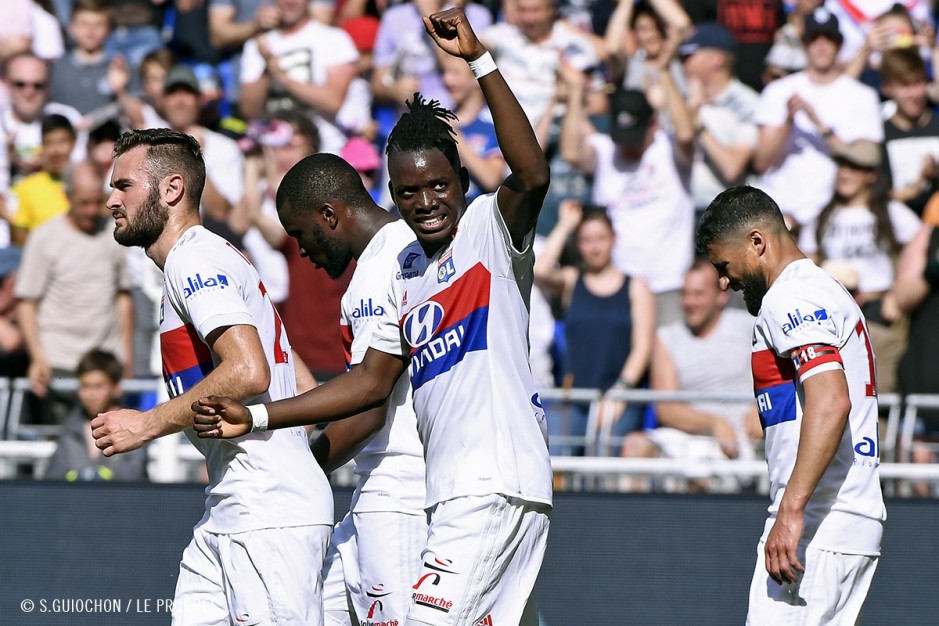 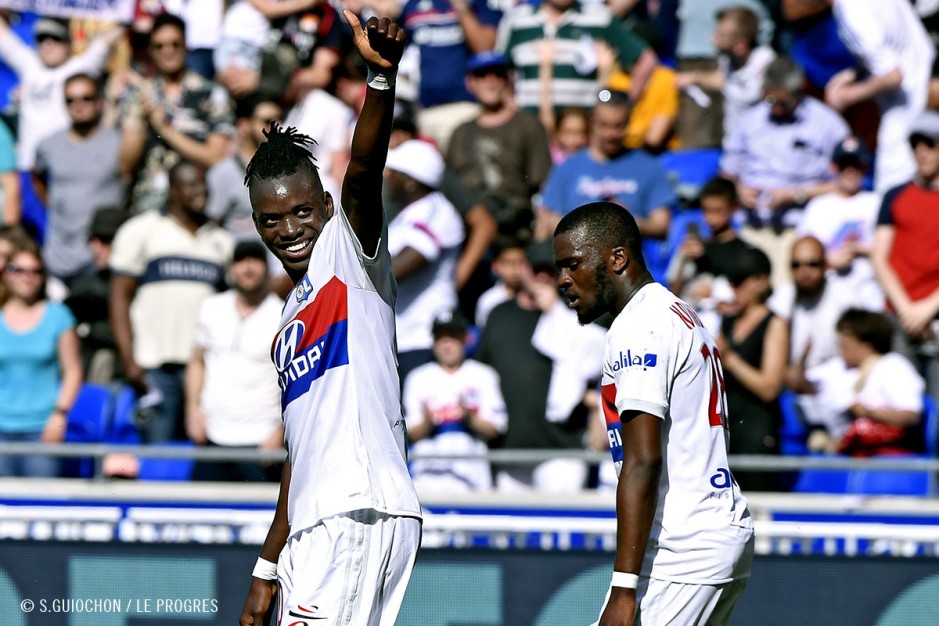 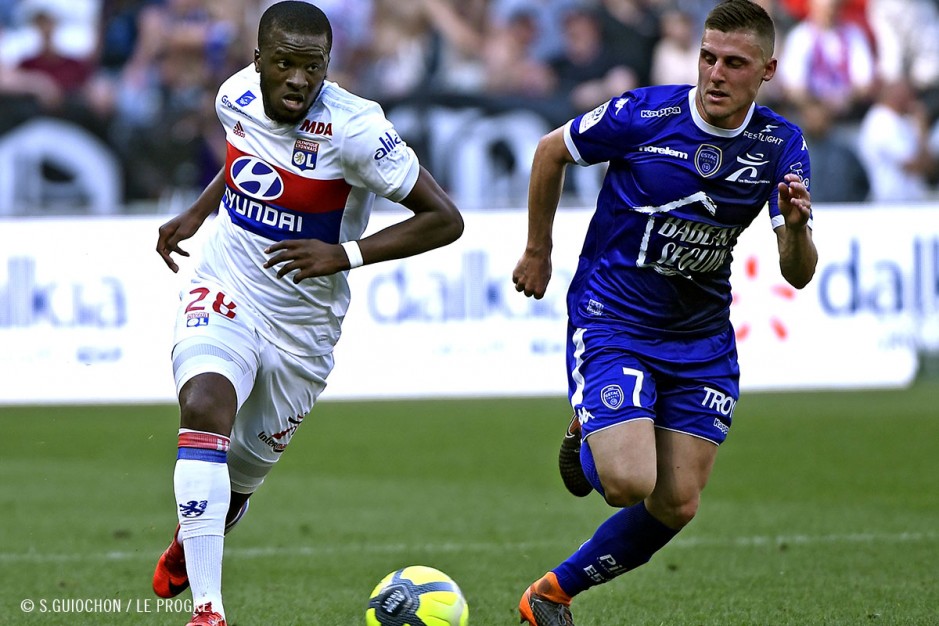 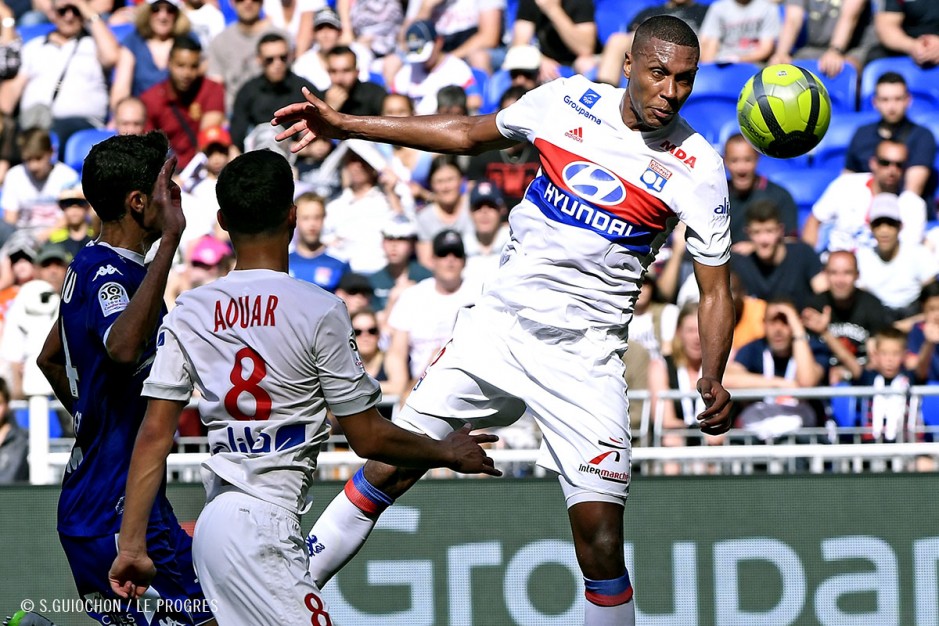 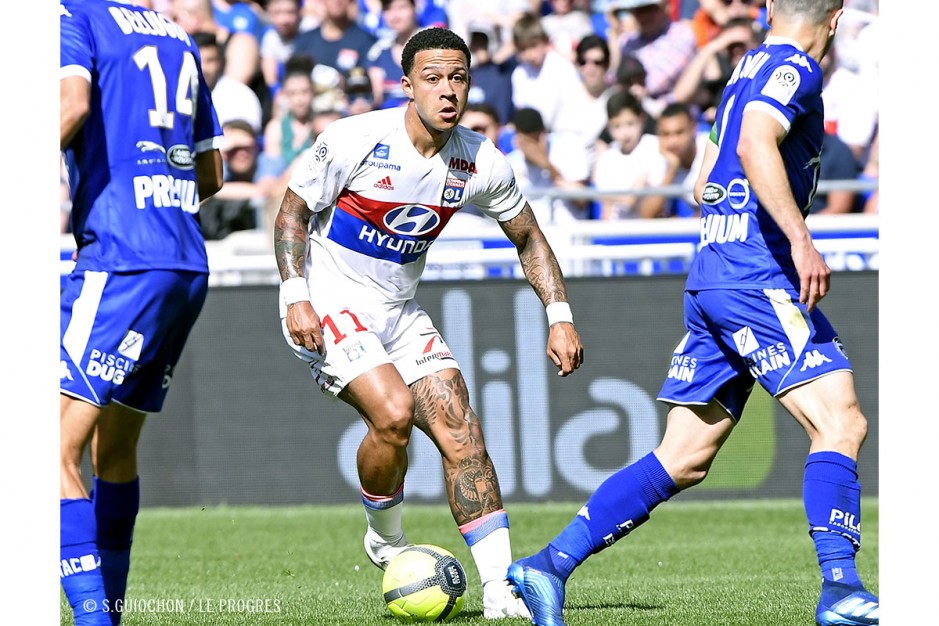 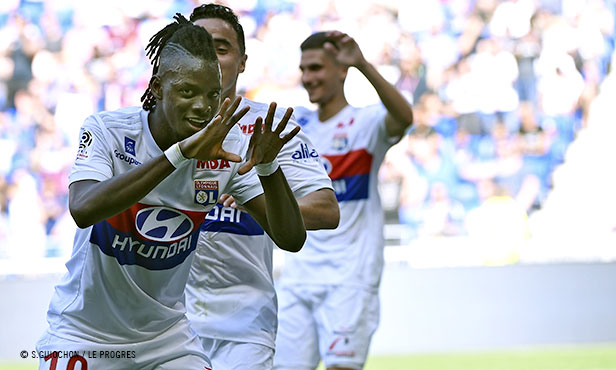 Bertrand Traoré twice and Maxwel Cornet added a late goal to seal a 3-0 decision over Troyes Sunday at Groupama Stadium, where Lyon made it eight straight league wins to keep firm hold of second place with two matches left in the L1 season.

28’. Aouar's shot lands at the feet Traoré, who reacts with a cheeky backheel finish. 1-0.
31’. Traoré curls his effort from outside the box just wide.
35’. Traoré scores his second of the game, this time with a solid header off a Mendy cross. 2-0.
48’. Ndombele's rocket of a shot forces the leg save from Zelazny.
66’. Gorgelin wins the 1v1 with Niane to make an impressive save.
76’. Brilliant, acrobatic save from Gorgelin to tip Azamoum's free kick onto the crossbar.
88’. Cornet shoots from a tight angle to put the game away. 3-0.

Winners of seven straight and in sole possession of second place, OL knew that an another victory on Sunday against relegation-threatened would keep them in control of their destiny. Easier said than done, however, as Bruno Genesio's men had trouble creating any real looks at goal in the early stages of the match despite being in full control. All that changed thanks to Bertrand Traoré, who scored a brace within seven minutes: first with a fantastic backheel finish off Houssem Aouar's initial shot (28'), followed by a superb header (35') off a Ferland Mendy cross. 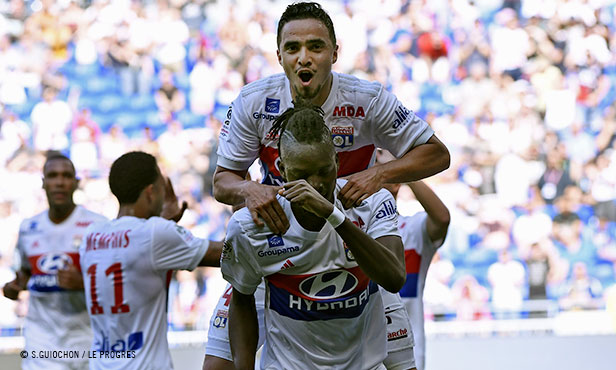 The pace fell sharply in the second half, a scenario that favored Troyes. But Lyon keeper Mathieu Gorgelin was on his game, stopping everything the visitors threw at him to help maintain the two-goal cushion. Finally, in the dying moments, Maxwell Cornet (88') put the game to bed with a fierce finish from a tight angle.

Bertrand Traore scored his 13th goal in Ligue 1 Conforama this season, equaling his personal league best reached with Vitesse Arnhem during the 2014-2015 Eredivisie campaign. The Burkinabé international, who has scored in his last five matches, has also been involved in 12 goals in his last 13 games (10 goals and 2 assists). A massive improvement from his first 16 games this season (3 goals). It's definitely been a 2018 to remember.

Jérémy Berthod
«The first quarter of an hour was complicated. Troyes caused us some problems and were defending well. The first goal freed us. The team has matured. The second goal hurt Troyes a lot. We lost a little bit of possession after the break, but conceded very few opportunities. Overall, we managed the game well. It's been an incredible run. The podium is not very far. »