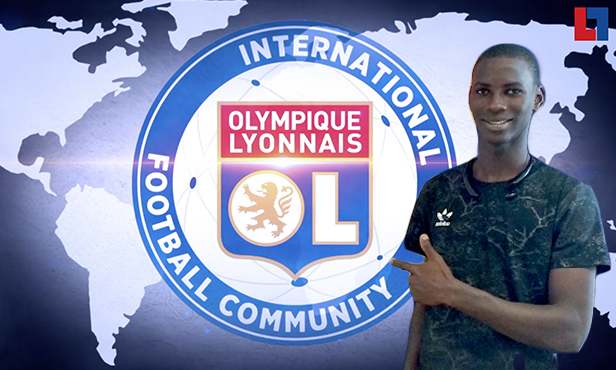 Each month, OLWEB and OLTV take you to China, South Korea, Vietnam and other locations such as Lebanon and Senegal - everywhere we have international partners.

The 19-year-old Senegalese striker is about to finish his first season at the club after signing a three-year professional contract last July. Despite an injury setback, the former protégé of the Sacré-Coeur Dakar partner club had the opportunity to play nearly a dozen games in the National 2 championship and participate in several training sessions with the first team under head coach Bruno Genesio: « I adapted with the help of the coaches and my teammates,» said Ousseynou. « I also maintain close ties with Dakar Sacré-Cœur. I knew it would be a transition year, but as soon as next season I will do everything possible to take the next step and play with the first team as often as possible. »

Visit: a Swiss club in the heart of the OL Academy

Last April, a delegation from Stade Nyonnais visited the OL facilities for five days. The Swiss U11 team was thus able to participate in several training sessions and play to matches against its Lyon counterpart. The youngsters also took a special tour of Groupama Stadium. « It's a unique chance to be at the heart of one of the biggest clubs in France and see from the inside one of the best training centers in Europe, » said Stade Nyonnais' Jimmy Tachet.

To remember: Jeonbuk Hyundai Motors FC in the Champions League

OL's South Korean partner club impressed during the group stage of the Asian Champions League, topping Group E with a record of five wins and one loss. The current K-League leaders will face Thai club FC Buriram in the Round of 16 on May 8 and 15.