Time running out to vote for Bronze, Marozsan for BBC Women's Footballer of the Year 2018! 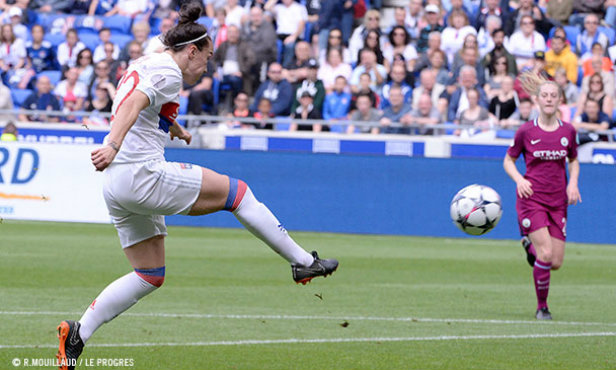 Lyon's Lucy Bronze and Dzsenifer Marozsan are in the running for the BBC Women's Footballer of the Year 2018.

Who will succeed Ada Hegerberg as BBC Women's Footballer Of The Year? A year after the Norwegian striker claimed the award, two of her Lyon teammates are in the running to replace her. Lucy Bronze and Dzsenifer Marozsan, who are both enjoying phenomenal seasons with the French club, have been shortlisted for the prize along with Pernille Harder (Wolfsburg), Sam Kerr (Chicago Red Stars / Perth Glory) and Lieke Martens (Barcelona).

You can vote here for either one of your favorite Olympique Lyonnais player. But polls are closing in a week, so do it soon! The winner will be announced on Thursday, May 22 on the BBC website.

BBC Women's Footballer of the year nominee Lucy Bronze has high hopes for the women's game.

Find out more about Lucy and the other four footballers up for the award ???? https://t.co/XO26gV0Yem#BBCWFOTY2018 pic.twitter.com/pSyT9yVZjM