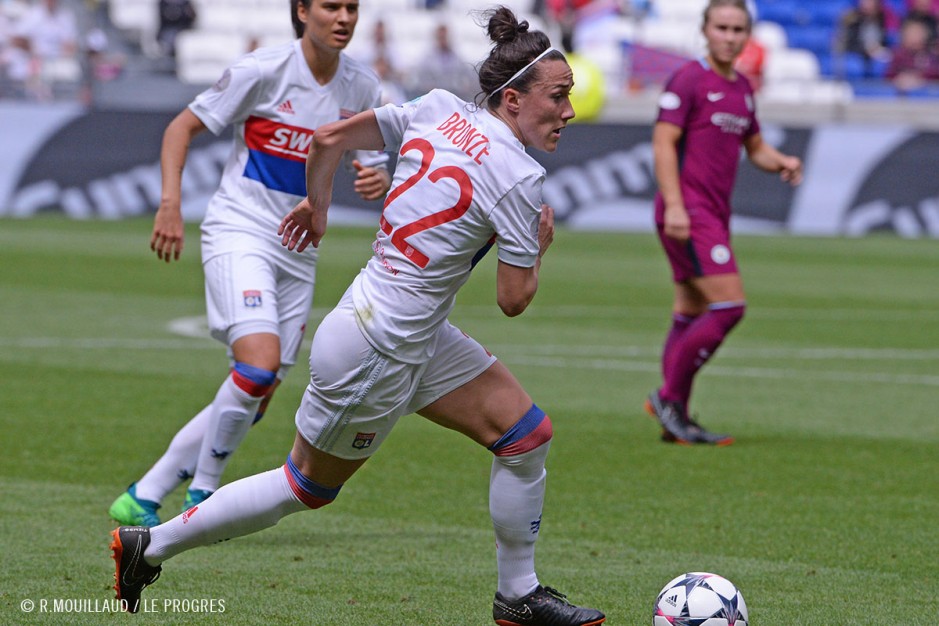 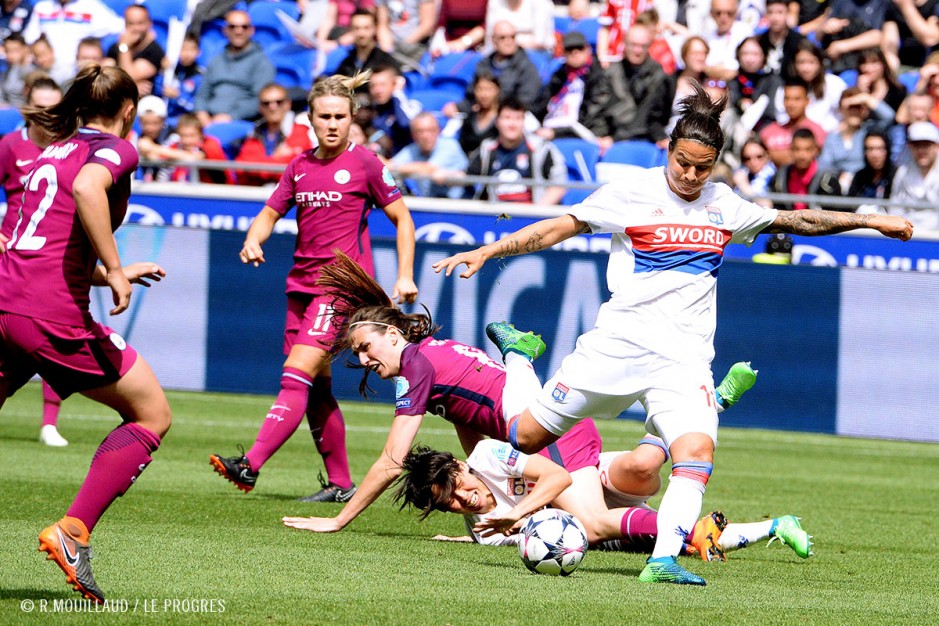 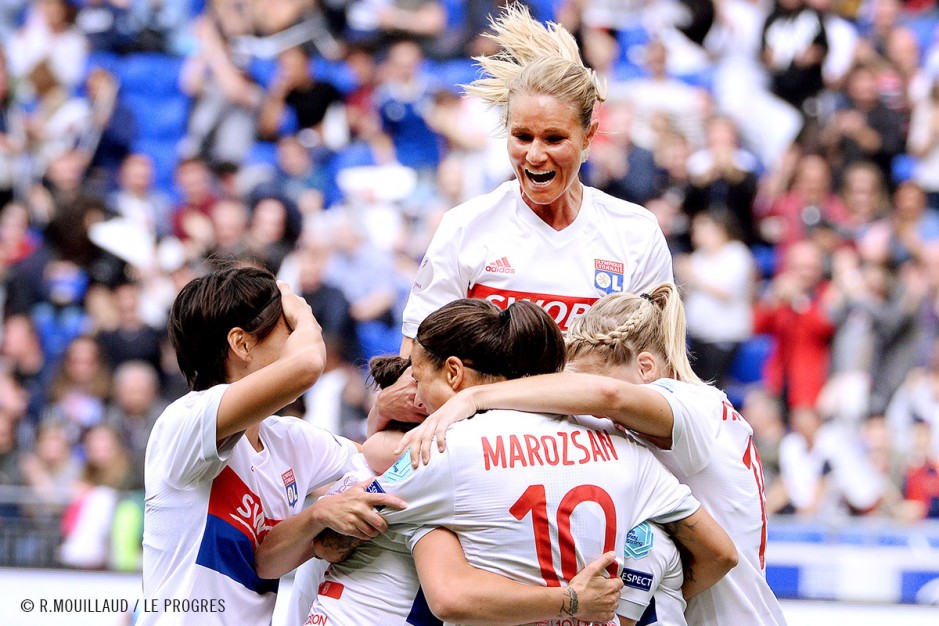 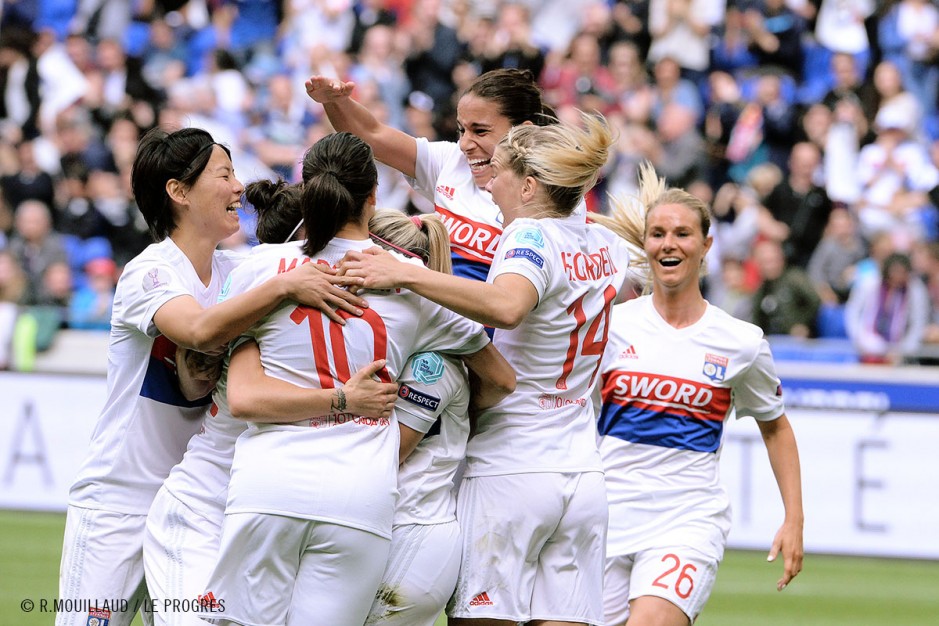 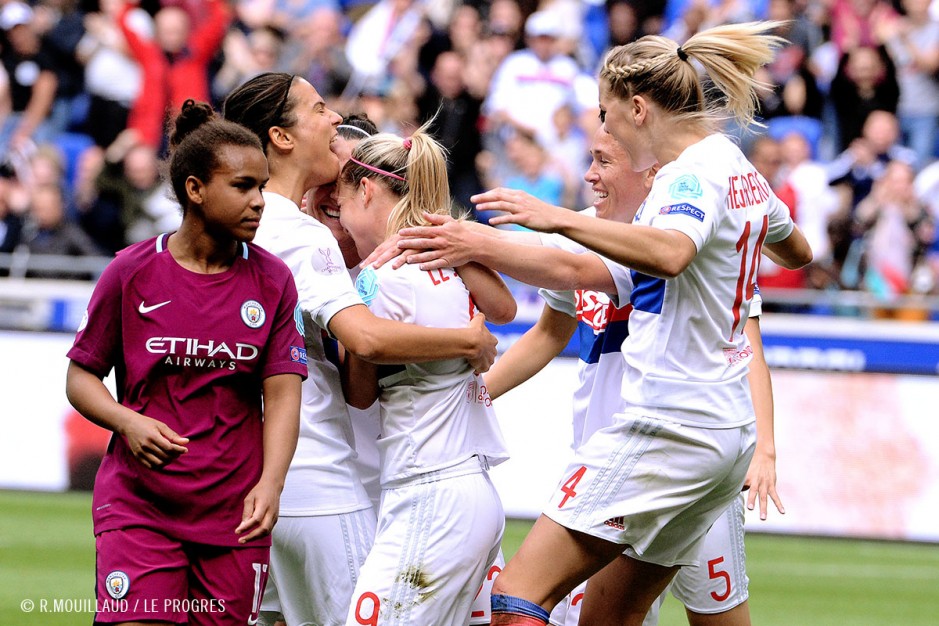 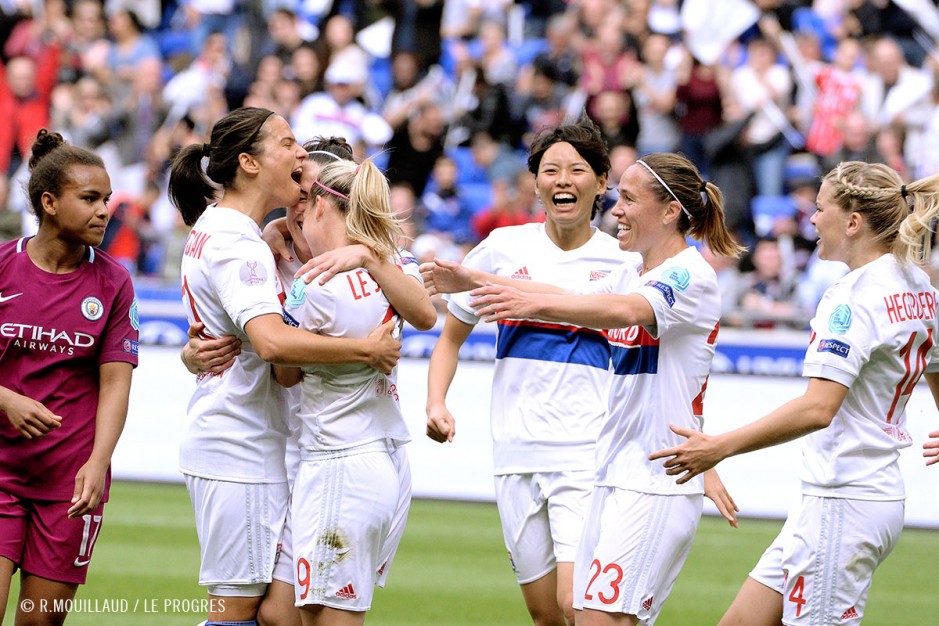 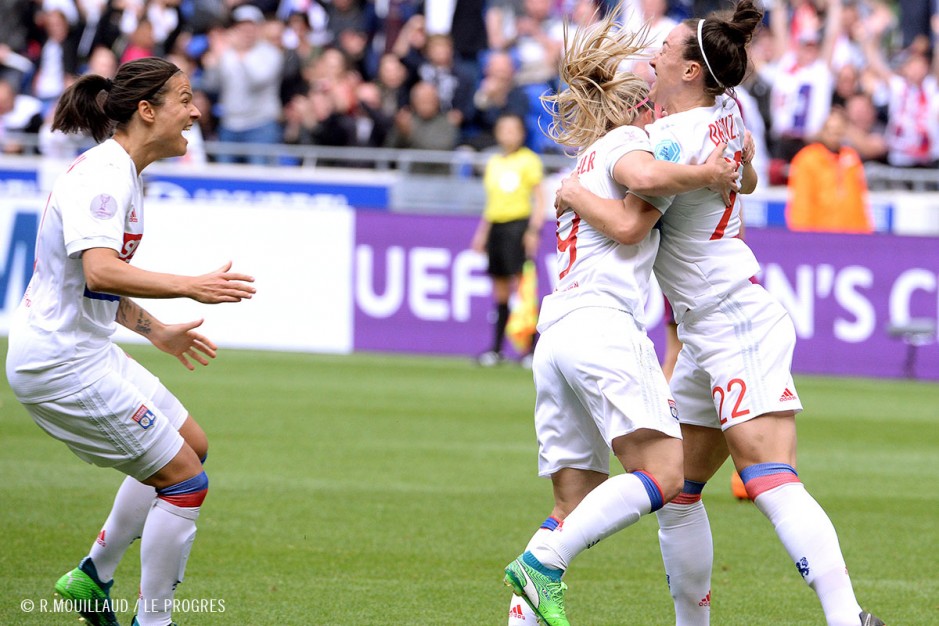 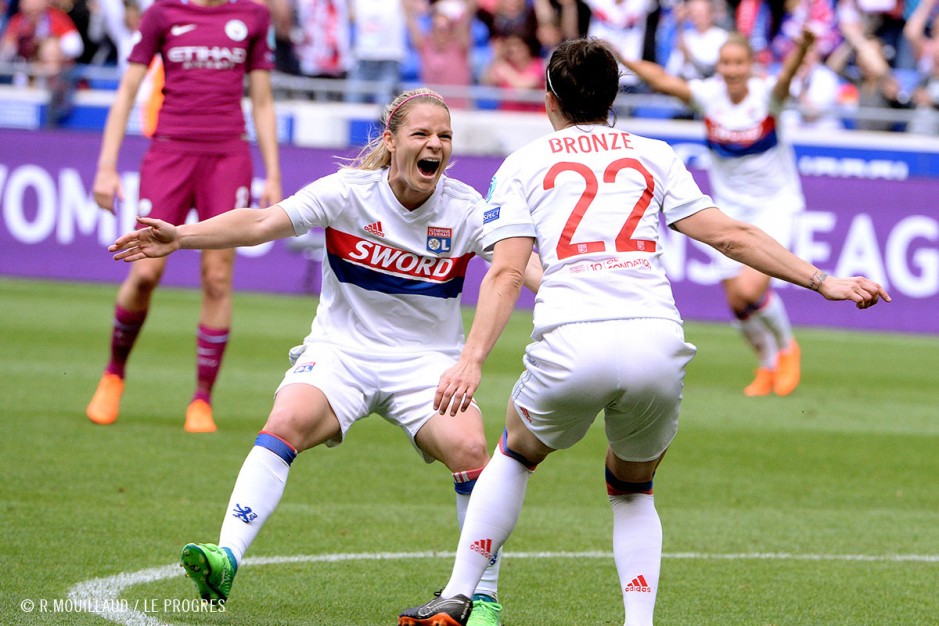 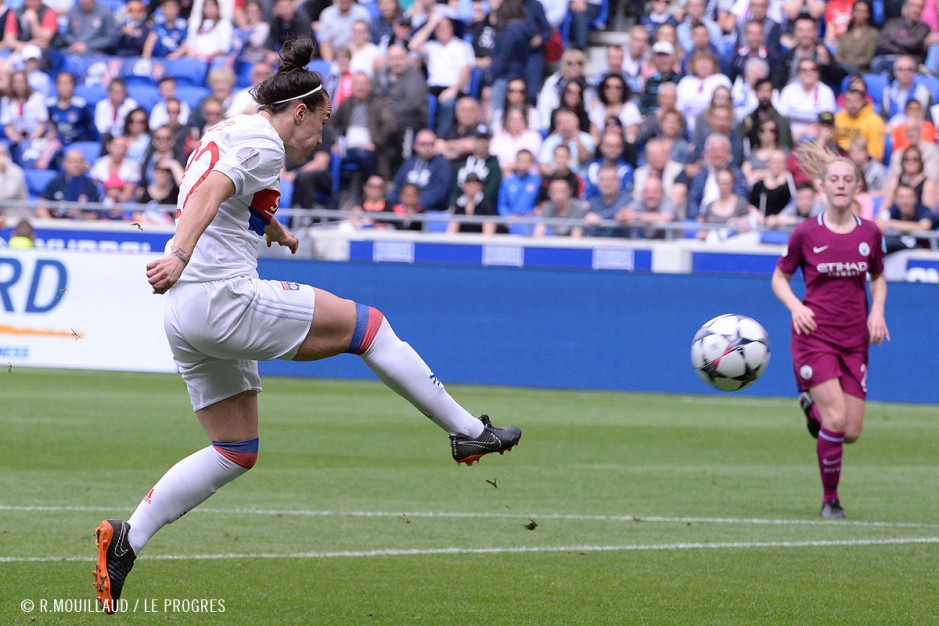 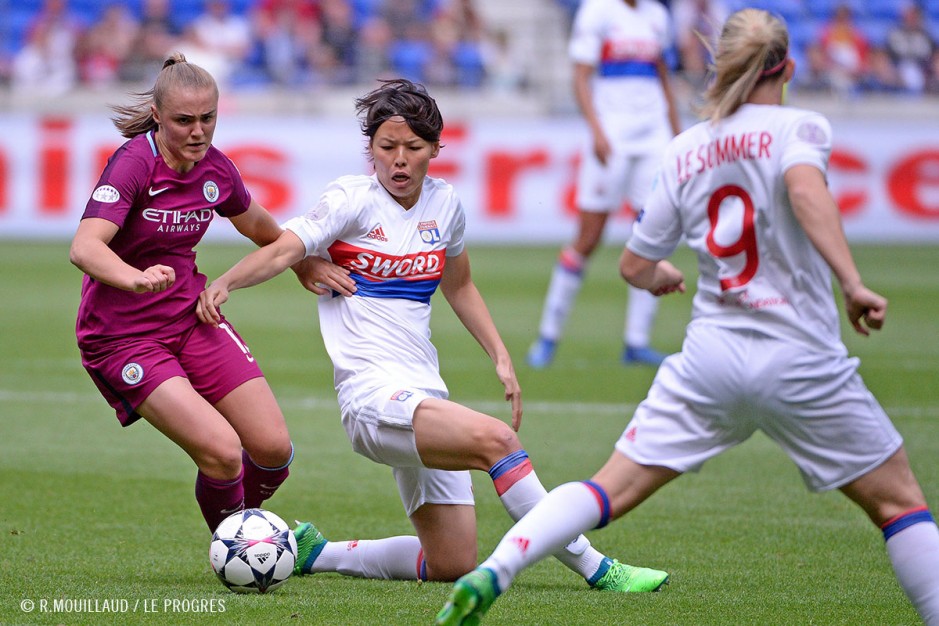 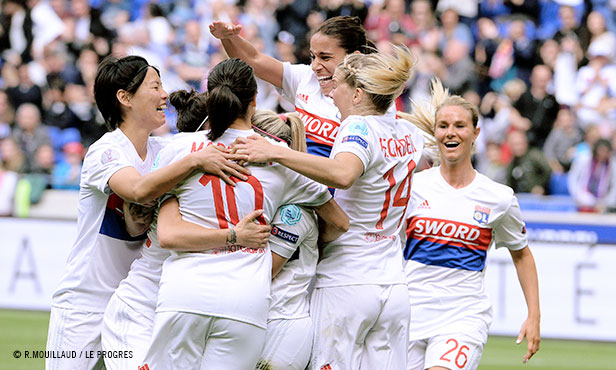 A stunning volley from Lucy Bronze against her former team was enough to book Lyon's spot in the UEFA Women's Champions League final thanks to a 1-0 win over Manchester City in the semifinal second leg. The two-time defending champs will play their seventh final in nine years May 24th in Kiev and could also make history by winning their fifth title overall.

After a scoreless draw last week in England - the team's only hiccup in 28 games this season - OL knew full well that only a win would suffice in Sunday's semifinal second leg against Manchester City at Groupama Stadium. A win and nothing else (i.e., no penalty kicks) was the mantra for Reynald Pedros and his players, who came out full throttle from the get-go. As to be expected, the home side created several early chances through Marozsan (4 ', 16'), Renard (6 ') and Henry (12'). 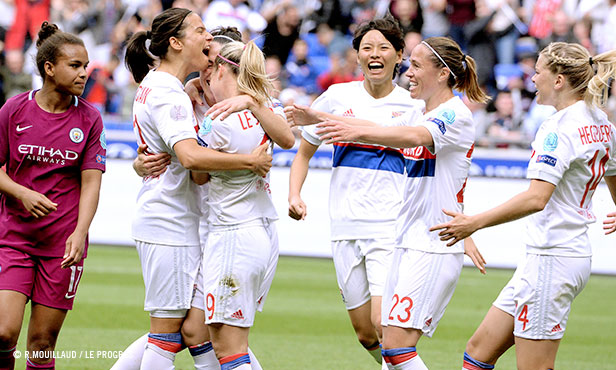 Lyon, camped in the opposing half of the field, smothered their opponent while searching for the breakthrough. It finally arrived in the 17th minute thanks to a brilliant volley from Bronze, who scored against her former team, no less. A wonder goal that rewarded the better side and all but sealed the win. While Lyon missed several chances to increase their lead - most notably when Hegerberg hit the woodwork shortly before halftime - Man City never put the game in danger for the two-time defending champions, who qualified for their seventh Champions League final and will look to make it three straight titles (five overall) on May 24 against either Wolfsburg or Chelsea.

A summer signing from Manchester City, Lucy Bronze had no qualms in burning her former team in order to send Lyon into the final. And what a way to do it: smashing Majri's cross with a brilliant volley that left the keeper no chance. 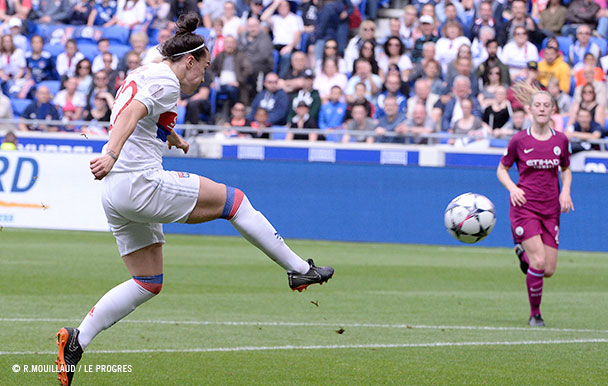 Next month in Kiev, Lyon will play their seventh Women's Champions League final in nine years, a new record in the event. The French club has surpassed Frankfurt, which has played six European finals in its history, and could also do  German side one better in terms of overall wins: both OL and FFCF have four titles to their names in Europe.