Memphis, Traoré on target as Lyon make it seven in a row against Nantes 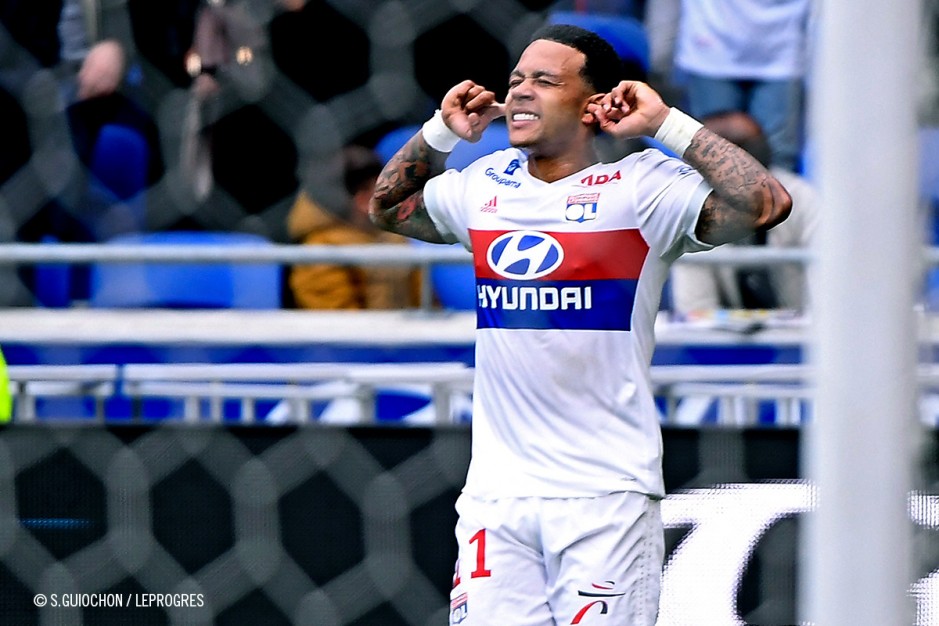 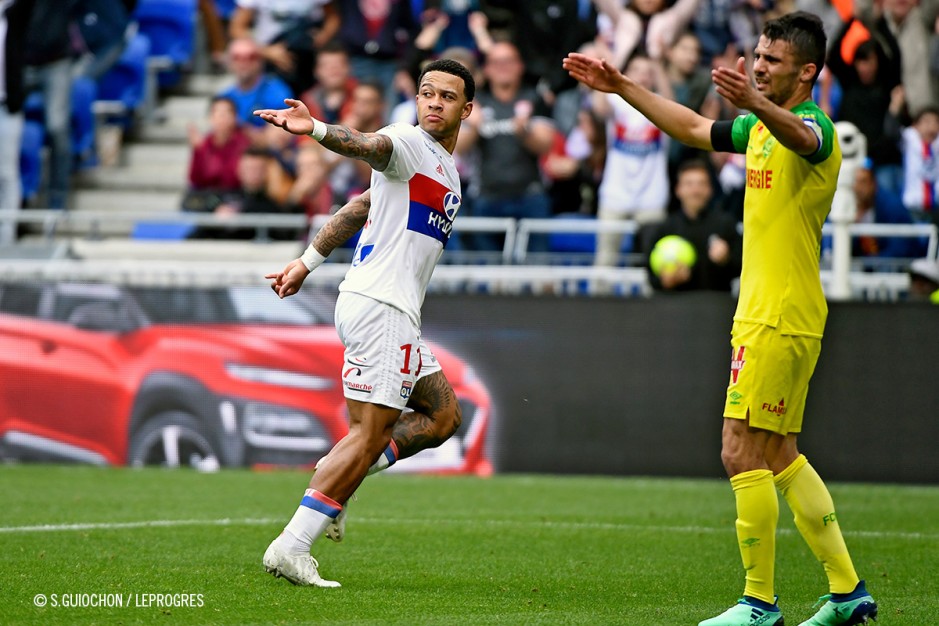 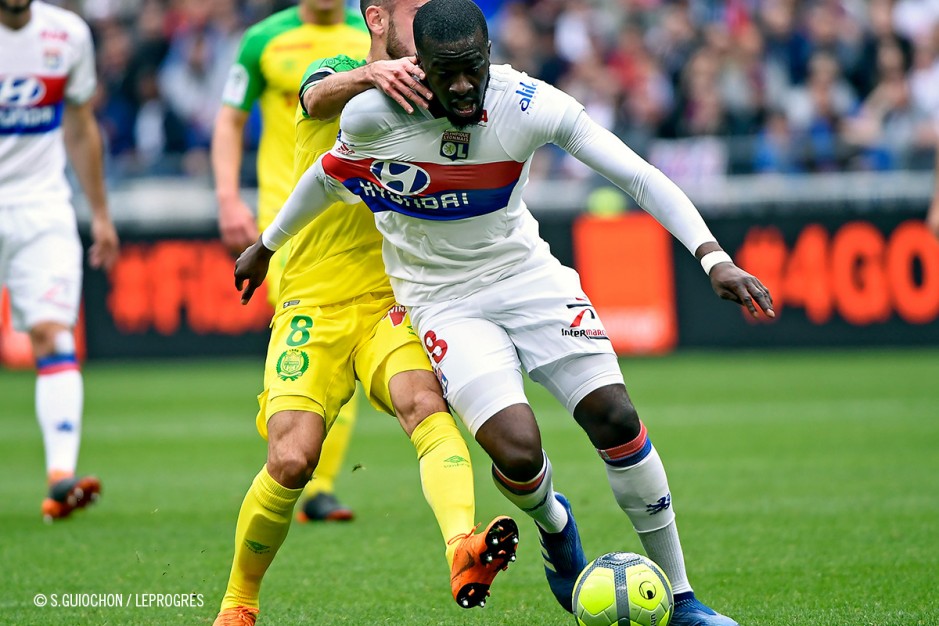 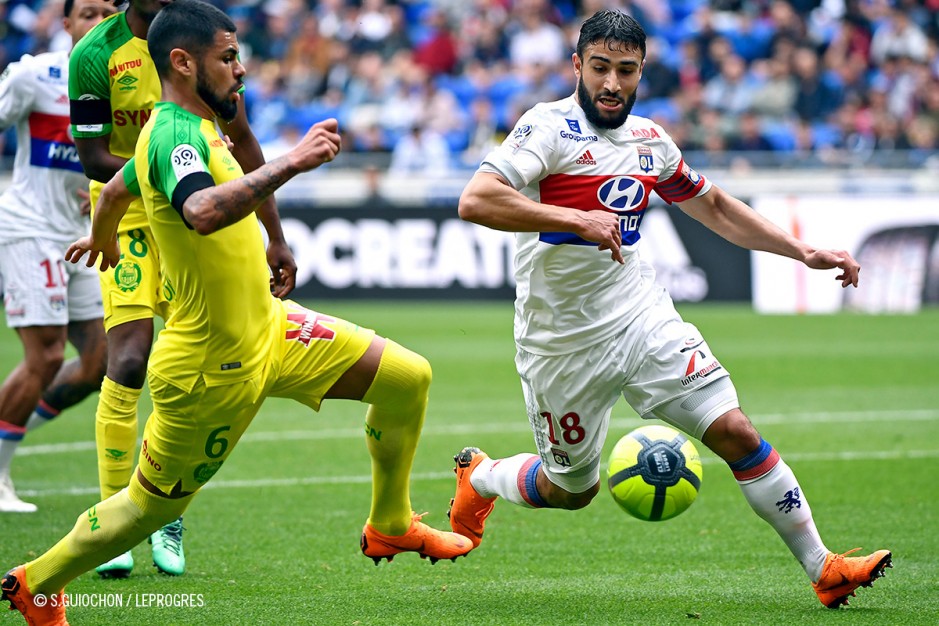 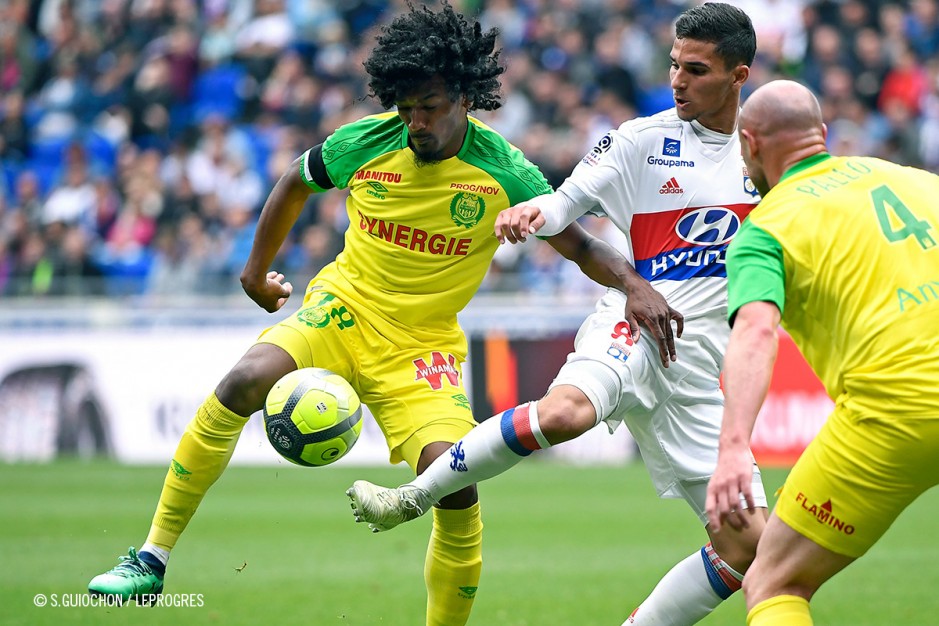 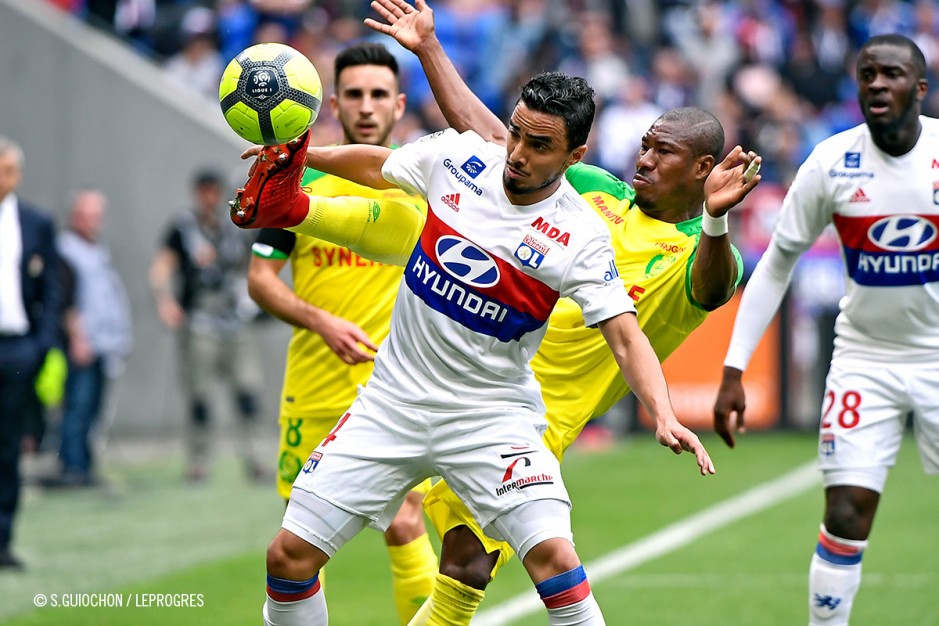 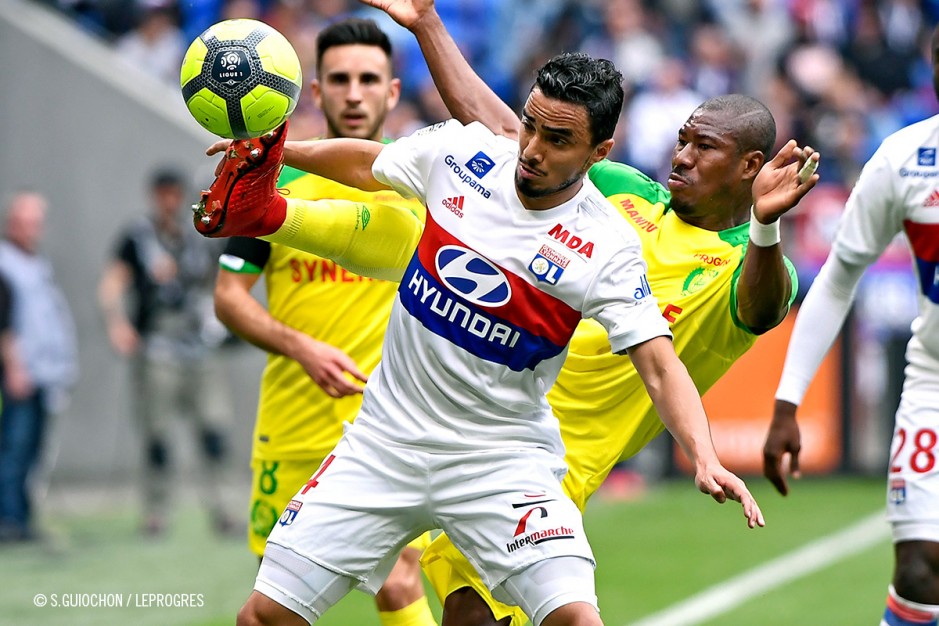 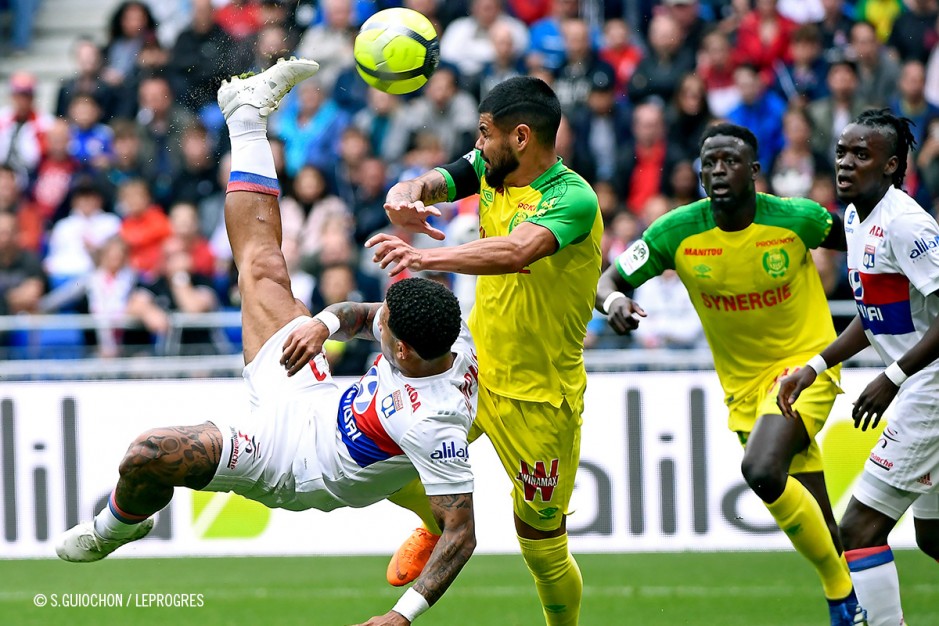 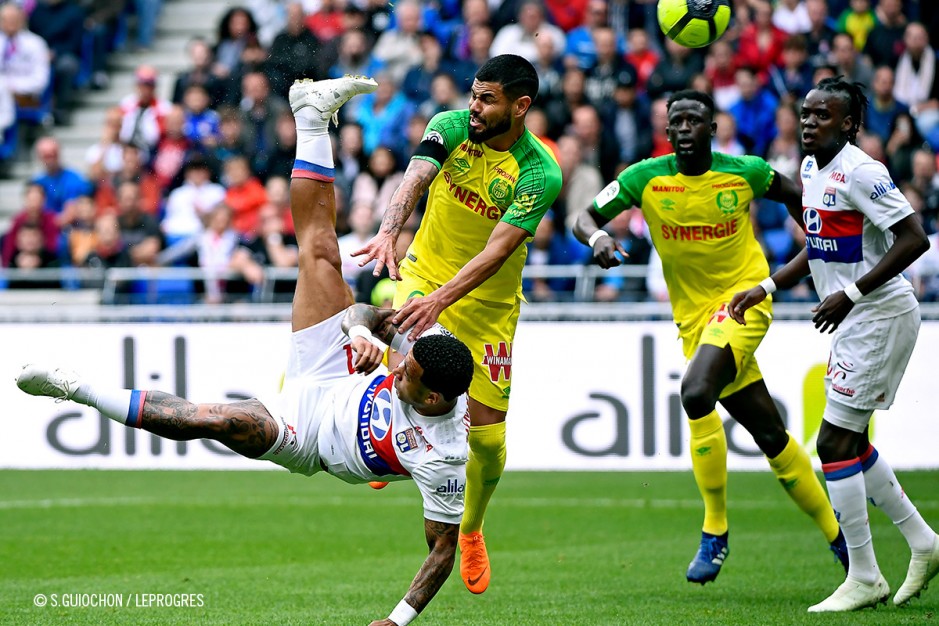 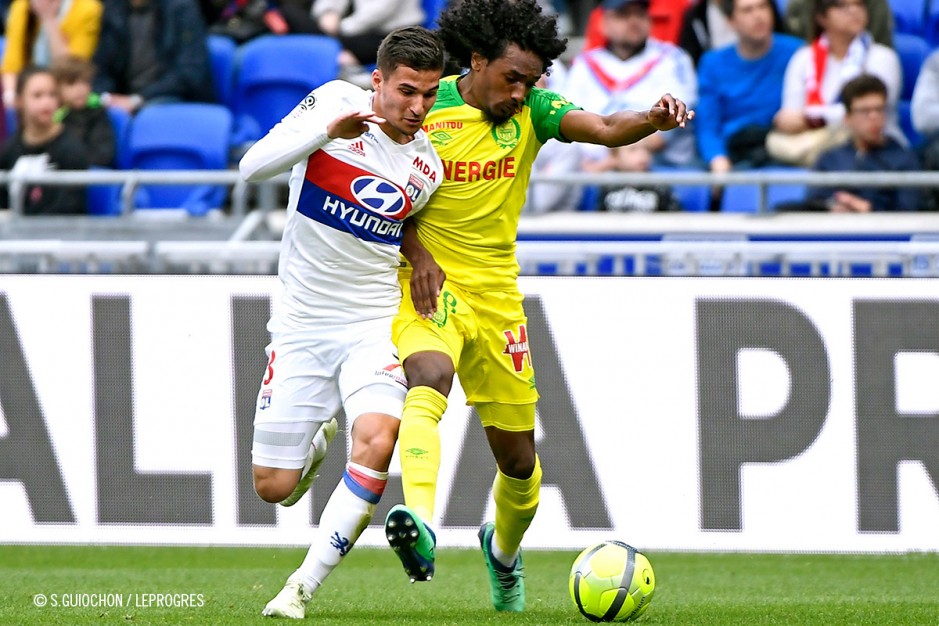 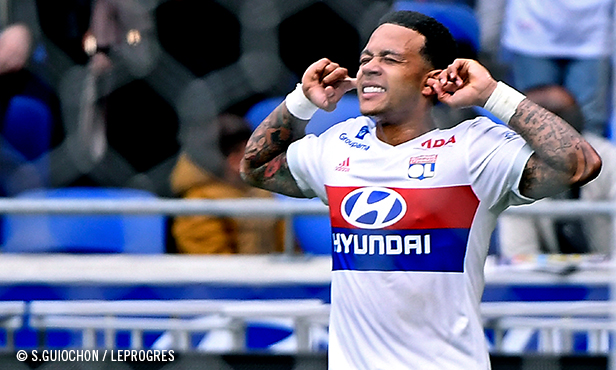 Bruno Genesio's men extended their winning streak to seven games Saturday at Groupama Stadium with a comfortable 2-0 win over Nantes. Memphis and Traoré scored the goals that gave OL all three points and temporarily moved them into second place in the L1 standings.

7’ Traoré rips a half-volley that forces the acrobatic save from Tatarusanu.
12’ Traoré hits the crossbar after Tatarusanu blocks Memphis' bicycle kick.
29’ With plenty of space inside the box, Memphis puts his shot just wide.
33’ Traoré hits it well, but right at Tatarusanu.
39’ Fekir sets up Memphis, who caps off a nice move with a perfect finish. 1-0.
52’ Aouar hits a wide-open header against the post.
55’ Fekir puts Tatarusanu to work with a right-footed drive from distance.
58’ Aouar's low, goal-bound shot is cleared over the line by Djidji.
68’ Memphis with the great run and service for Traoré, who fires home. 2-0.
70’ Tatarusanu comes up huge twice to deny Traoré and Fekir.

Riding a six-game winning streak into Saturday's match against Nantes, OL looked to make it lucky number seven in a row while also putting pressure on Monaco and Marseille in the fight for second place and an automatic Champions League berth. Lyon were aggressive from the start, threatening early on with a Traoré half volley (7'). Starting up front along with Memphis for the third time in the last four games under Bruno Genesio's 4-4-2 diamond formation, the Burkinabe striker then rattled the crossbar (12') after Tatarusanu made a save on Memphis' bicycle kick.

The Dutchman missed a huge opportunity just before the half-hour mark (29') but redeemed himself ten minutes later by opening the score with a fantastic left-footed strike from just outside the box (39', 1-0). It was the seventh goal in the last six games for Memphis, who also scored OL's 78th goal of the season for a new club record in Ligue 1 Conforama. Aouar wasted a chance to put the game to bed when his wide-open header went off the post, but Traoré fired home and finished things off after a fine service from Memphis (68 ', 2-0). A well-deserved victory for Lyon against an opponent that never really put Anthony Lopes in danger in his final game of the season. Two quality goals, a clean sheet and three points in the bag, OL temporarily move into second place and await to see how Monaco and Marseille do later on this weekend.

OL have broken their single-season goal scoring record in the league. The Lyon attack, now the most prolific in the history of the seven-time French champions, scored its 78th and 79th goals in the current campaign against Nantes - reaching this historic amount in just 35 games. The previous record of 77, from last season, was achieved after 38 games.