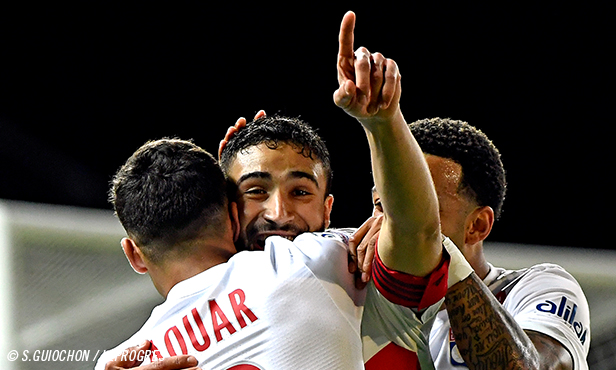 Lyon flexed their offensive muscle with a four-goal second half to earn a 5-2 victory at Dijon Friday night and move within one point of second-place Monaco. OL's winning streak is now at six games.

4’ Memphis' first-time finish off a Rafael cross gives OL an early lead. 0-1.
16’ Fekir rounds the keeper but can't get his shot past Reynet
22’ Lopes makes the acrobatic save to deny Sammaritano.
26’ Sliti fires home from long range to tie the score. 1-1.
29’ Rafael forces the diving save from Reynet.
34’ Fantastic run from Fekir, who's then thwarted from close range by Reynet
45+2’ Fekir rattles the near post just before the break
50’  Aouar's shot deflects off Rosier and into the back of the net. 1-2.
53’ Fekir breaks free and buries it from close range. 1-3.
55’ Sliti pulls one back for Dijon. 2-3.
77’. Traoré, assisted by Cornet, produces a classy finish at the edge of the box. 2-4.
82’. Cornet puts the finishing touches on a lethal OL counterattack. 2-5.

Winners of their last five matches, Les Gones were nonetheless well aware that they didn't have the luxury of relaxing Friday night at the Stade Gaston-Gérard. Memphis took it upon himself to set the tone in the fourth minute, producing a first-time finish on Rafael's cross from the right side to give OL an early and score the team's 100th goal of the season. But Dijon were not about to go down without a fight - especially Sliti, who leveled the score in the 26th minute with a long-range blast. 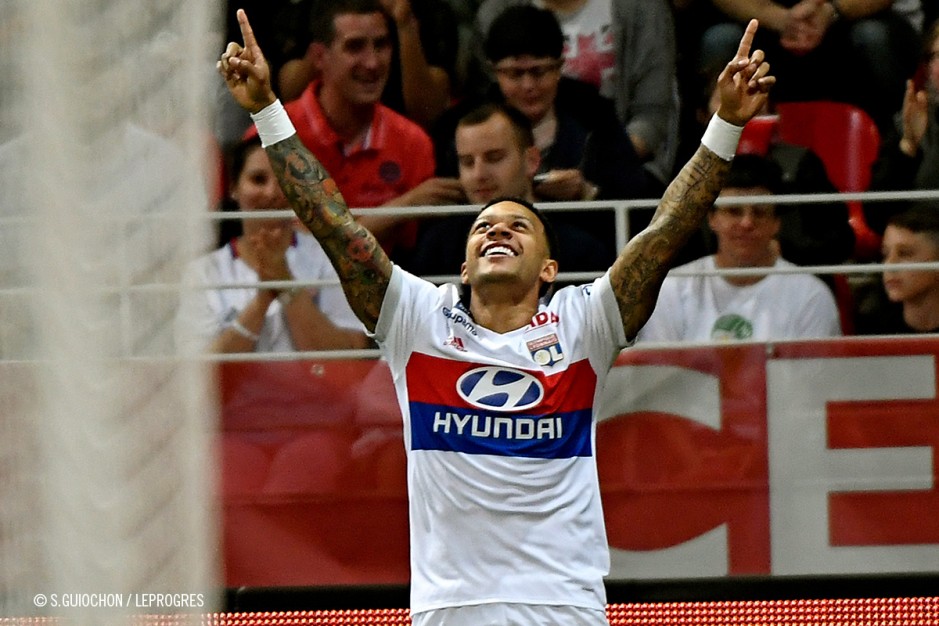 Lyon started the second half like they did the first, putting numbers forward in an attempt to retake the lead. Sure enough, Aouar caused an own goal (50') and Fekir (53') followed up with one of his own just three minutes later to put the visitors back ahead. While Dijon flirted with the comeback on Sliti's brace, OL finally put the game away when Traore (77') restored the two-goal cushion before Cornet (83') got in on the scoring action shortly after coming on as a sub. With this sixth-straight win, Lyon hold on firmly to third place, much to the disappointment of Marseille, and move within a point of Monaco.

Nabil Fekir gets back to business

Back in the Starting XI following a knee injury, Nabil Fekir found the back of the net against Dijon. After a nice through ball from Tanguy Ndombele and a cheeky run through the opposing defense, Lyon's captain fired home to score his 17th goal of the season - a personal best for the French international, who has been involved in 23 league goals this season (17 goals and 6 assists).

OL's formidable attack was on full display Friday night at Dijon, with Memphis and Nabil Fekir among those who got their name on the scoresheet. Along with Mariano (18 goals), Lyon's captain (17 goals) and the Dutch international (15 goals), Lyon boast three players with at least 15 goals in Ligue 1 Conforama this season. The last team to achieve this impressive feat was Lille, during the 1978/79 campaign.