Eric Abidal: « OL was the most important club in my career » 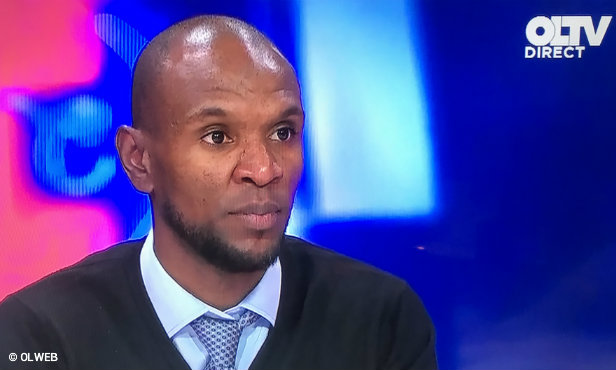 The former OL and Barcelona defender was the special guest on Thursday night's episode of OLTV Culture Club, discussing the current state of events in Lyon.

OL's place in his career

« All clubs have an important place, but OL has the most important place. It was the club that allowed me to flourish, where I lived some of my greatest experiences, winning titles and getting called up to the French national team. We had the best players in the championship at the time. I grew up here. I am an expatriate, but my roots are still here even though I live in Dubai. I spent three very beautiful years here. »

« He is a person who knows the club. I know him from way back. I had many interactions with him even before he was coach. He is a very intelligent person who loves communication, who is not stubborn and stuck in his ideas. That's his main strength. He is ready and fresh mentally, and it doesn't surprise me. »

« It's a logical progression. He is an important player. He brought a dynamic that was lacking in the team. He scored decisive goals. Then, a leader was needed and he plays this role perfectly... The coach knows his qualities. This is another challenge for him to take up. He can have the same role in the French national team. »

« The only danger is taking this team lightly. I think we have to prepare well for this game. We must be able to play our game from the first minute. All teams want to beat OL. From experience, I know that the players on the bench can win you matches. »

His role as Europa League ambassador

« It makes me proud. This is the most beautiful city to host the final. I am asked to participate in lots of events. A foundation was set up with my wife a few years ago as well, and it takes up a lot of my time. »