Jean-Michel Aulas : « Congratulations to Bruno and the team » 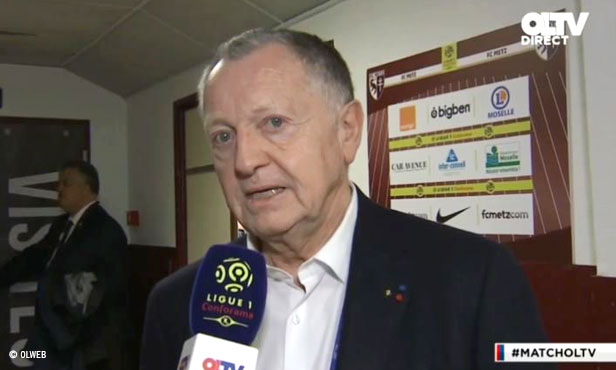 « There was a lot surrounding tonight's game: Metz were playing for survival in Ligue 1 while we were aiming for an important win to stay in the race for third place. In this battle with OM, we had to win tonight and we did it in a nice way. The championship is exciting but also very upbeat with PSG, Monaco and Marseille, who are keeping pace despite the Europa League.

First of all, I want to congratulate Bruno (Genesio) for his strategy with a tactical change that proved to be successful. Congratulations to the team and Memphis, who gave an extraordinary performance tonight. It was fun and it made us happy. That said, there are still six games remaining. We can't get too overconfident. »