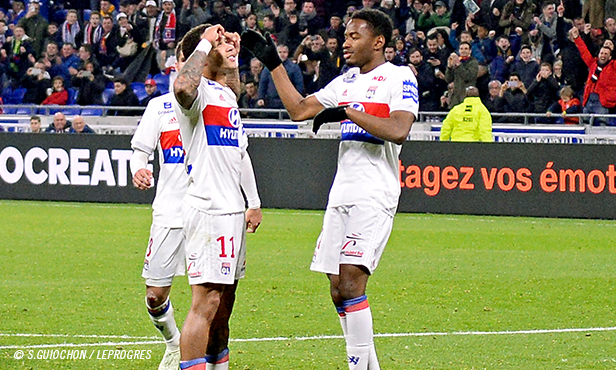 The Dutchman picked up where he left off before the international break, scoring both goals for an OL side that beat Toulouse 2-0 for their third consecutive win in Ligue 1 Conforama. A win that allows Les Gones to keep pace with third-place Marseille, who also picked up all three points in Week 31 thanks to a 3-1 win at Dijon.

7’.  Ndombele sends a screamer just wide after a nice build-up in attack.
14’. Aouar's header off a Ndombele cross is barely off-target.
15’. Aouar's long-range effort deflects off a defender and scrapes the far post.
23’. Aouar finds Memphis at the edge of the box, and the Dutchman fires home. 1-0.
38’. After a poorly defended corner, Myziane blazes his shot over the bar.
43’. Ndombele is fouled inside the box, and Memphis buries the subsequent penalty shot. 2-0.
48’. Traoré's close-range shot is deflected onto the top netting
50’. Lopes makes the acrobatic save on Sanogo's header.
76’. Lopes shows off his reflexes yet again to block another Sanogo header.
79’. Almian's goal-bound shot is saved by Lopes
80’. Aouar can't put it away in the 1v1 with Lafont.
89’. Gouiri sends a curling effort that's punched away by a diving Lafont
90+1’. Myziane serves it on a platter for Aouar, who drags his shot wide with Lafont at his mercy.

Memphis picked up where he left off before the international break, scoring a pair of goals that allowed Lyon to win their third straight league game and keep pace with third-place Marseille, who also took maximum points in Week 31 with a 3-1 win at Dijon. Unlike the last-second heroics at the Velodrome two weeks ago, however, the talented Dutchman took care of business in the first half, shouldering the offensive load for an OL team that was once again without injured captain Nabil Fekir or suspended Mariano Diaz. 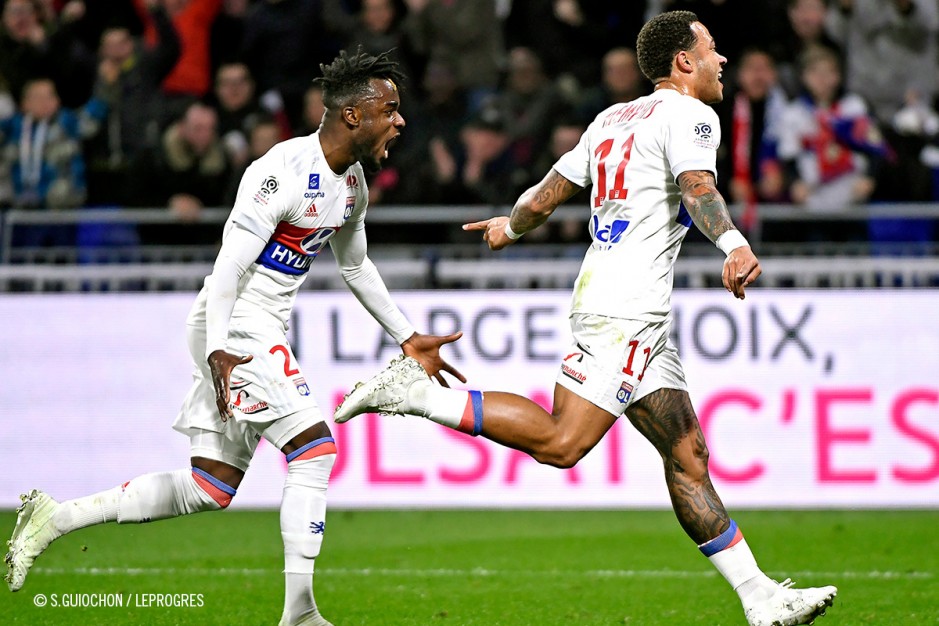 Shortly before the half-hour mark, Memphis took a nice service from Aouar at the edge of the box and beat Lafont with an unstoppable right-footed shot (23 ', 1-0). With halftime approaching, the man of the match doubled the lead (43 ', 2-0), this time with a perfectly executed penalty after a foul on Ndombele. Despite improving significantly in the second half, Toulouse never really put OL's lead in danger, thanks in large part to some fine goaltending from Anthony Lopes. The same can be said of Lafont, who made key saves to prevent the score from getting out of hand. In the end, a fully deserved win for Bruno Genesio and company as they move into the final stretch of the season.

Tasked with leading OL's attack due to the absences of Fekir and Mariano - the team's top goal scorers this season - Memphis Depay didn't disappoint. The Dutch international continued his fine form with a first-half brace and an all-around solid offensive performance. While nothing compared to his midfield wonder goal from last season vs. Toulouse, he opened the score with a splendid right-footed finish from outside the box and then sent Lafont the wrong way from the penalty spot shortly before the break. Without question, the Man of the Match.

Tonight's win vs. Toulouse was Bruno Genesio's 50th victory in Ligue 1. The former Lyon player and current coach, who took over the first team in January 2016, managed his 88th game in the French top flight. In total, he's overseen 125 matches from OL's bench with a record of 69 wins, 21 draws and 35 losses.