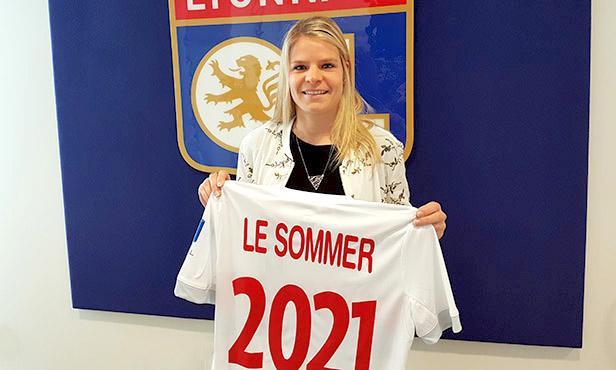 The club's all-time leading goal scorer re-upped with Lyon for another two seasons in a new deal that lasts through June 2021.

Eugénie Le Sommer :
"I am very proud to play at OL and I'm very happy that the club trusts me. I am very happy to continue my adventure here. I still hope to win a lot more trophies and continue being a part of the club's history."

Reynald Pedros :
"We've been wanting to extend Eugenie's contract for a while. This means that she is entirely a part of this project. She is a player of great quality and she's important for the group. When it was suggested to the President, he immediately agreed because he knows that she is part of the OL family and our project. "