Jérémy Morel : "We had to react tonight" 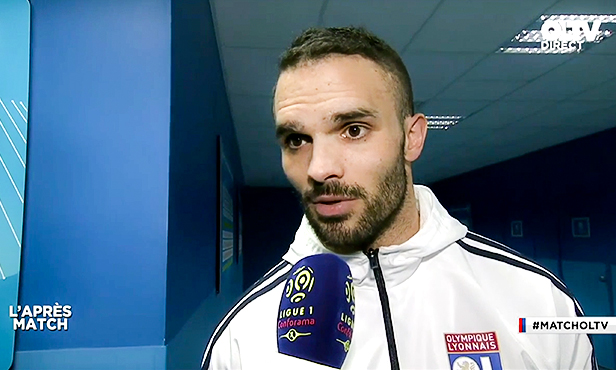 Jérémy Morel: « We tried to put all the ingredients together to win. The three points were very important to us. We got the job done. It's always the same thing: in big matches, we always answer. We felt good in the second half, but their tying goal hurt us... We still have to pick up points to get on the podium. After Thursday's game against CSKA, we had to react tonight... We have the will to earn a Champions League berth for the the club. Now, with the international break, we'll be able to breathe a little. We need it. »

Anthony Lopes: « This victory feels good. We could've won easier, but Steve (Mandanda) played a fantastic game, making huge saves. This was a gutsy win. We can breathe a sigh of relief, we're back within two points of Marseille and the race for the podium officially back on. There are still many matches left and OM can lose strength with the Europa League. After [what happened against] Moscow, we realized what we missed, what we failed to tdo ... We remobilized and showed a really great mentality here. We had to show up tonight, and we did. »

Lucas Tousart: « It's a beautiful victory. We got stronger as the match progressed. We were a little hesitant at first and we concede the goal. Behind we came back, got the equalizer and created many opportunities in the second half. The match got a little crazy, but we managed to win it. This will do us good. We were mentally strong, it wasn't easy. Getting the tying goal before halftime really did us good. We kept our heads on straight. We had an awareness of the situation we were in. We had to be up to the challenge tonight and we'll do everything to finish the season strong. The race to the podium is completely revived. We'll have a few weeks to prepare for the end of the season. We'll do everything to make it happen. »