Bruno Genesio : « I thought we could have won it » 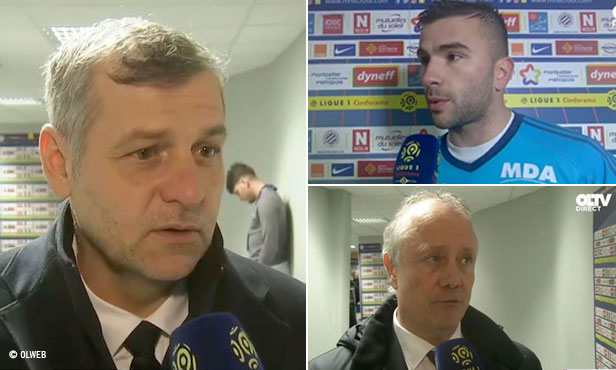 Bruno Genesio
« Based on how we’re doing at the moment, this is not a good point. We needed to win. We shouldn’t have regrets about tonight. It's about the matches against Lille, Monaco and also against Rennes. I saw players who were very involved and who managed to get back into the game. I want to remember that. It was important to even the score. I thought we could have won it. »

Anthony Lopes
« We’re disappointed. We’re going through a tough patch right now but we can’t give up. We showed enough character to equalize but couldn’t pull out the victory. We had a good game overall but the results haven’t been there for a few weeks. We will not blame each other, we’ll stick together until the very end. »

Bernard Lacombe
« We’re still chasing after the score and don’t always make the right decisions. We need a little bit of clarity. We have some doubts. Looking at the number of chances we had tonight, we must be more efficient. We lose points and it hurts us in the standings. Montpellier had some late counterattacks that could’ve cost us the game. Our central defenders and Lucas Tousart played very well at the end of the match. Memphis was a huge factor as well. »