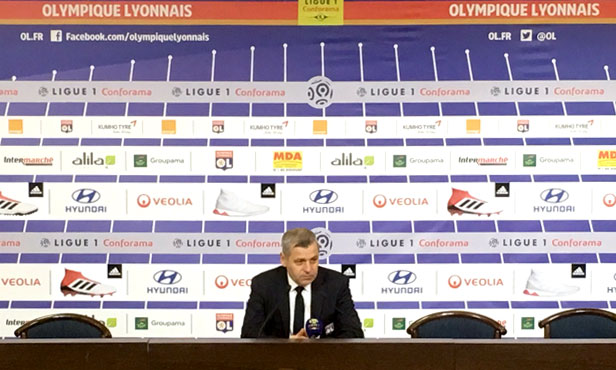 Bruno Genesio
« The early substitutions we had to make because of injuries slowed us down late in the game when we were in trouble. Lucas Tousart was feeling nauseous and had a stomach ache during warmups. He felt able to start the game. He had a good first period but couldn’t go any further. Rafael injured his thigh. I’m worried about Nabil although the initial tests are reassuring… It's a difficult time, you have to keep on going and get back to work. We had some counterattacks that we should’ve handled better. With these types of matches, you have to know how to win 1-0, and we didn’t. »

Nabil Fekir
« I felt a little tension behind my knee on the play. A priori, there’s nothing to worry about, but I will undergo more tests tomorrow to learn more… This is our problem right now, we can’t hold on to results. We were punished in the second half. We were tired, but it's not an excuse. We are professionals. It's annoying. We’re still losing points. We will work to fix what’s wrong. »

???? @NabilFekir: "There was fatigue but it's not an excuse, we are professionals, we must do better."#OLASSE 1-1 pic.twitter.com/xLIyJL7sMa

Marcelo
« I’m happy to get an assist, but I would’ve preferred to win the match. I would trade any stat for a win. We missed out on three points. We played a good first half. We were under pressure after the break. It’s a shame to concede this goal because we played a good match. We were tired after Thursday. It’s difficult to recover, but this is the elite level. We must do more. You have to keep the intensity level longer in a match. »