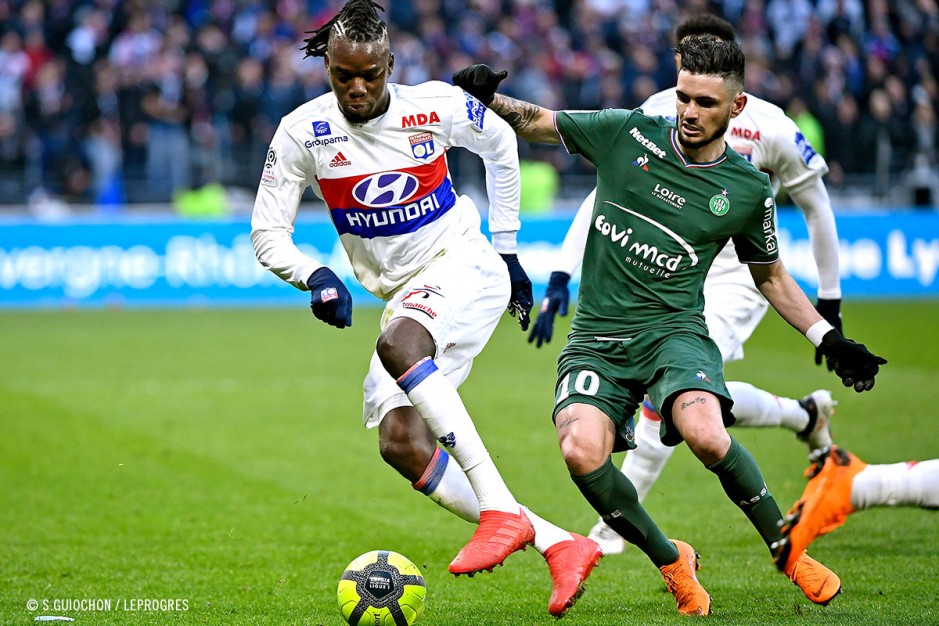 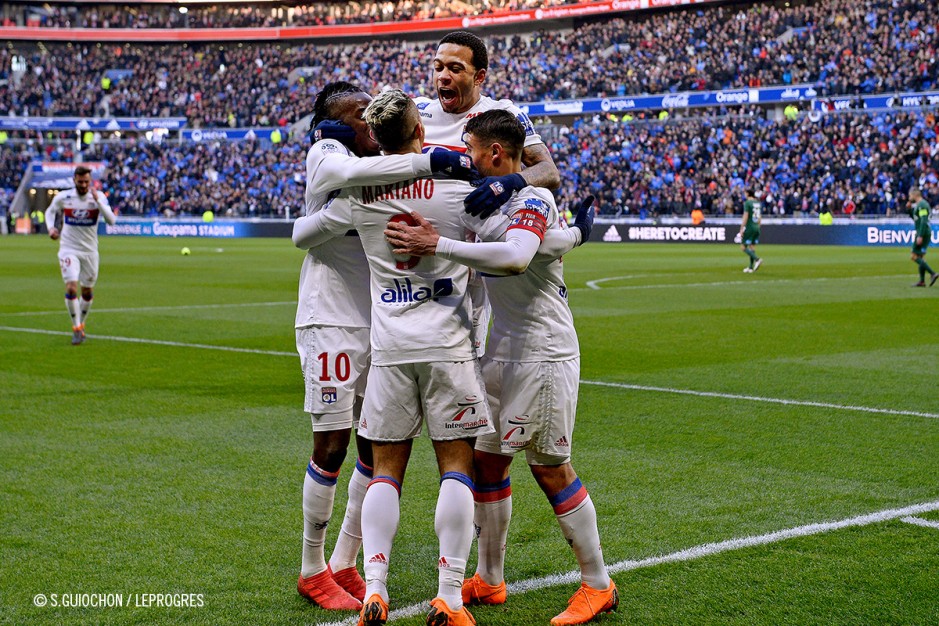 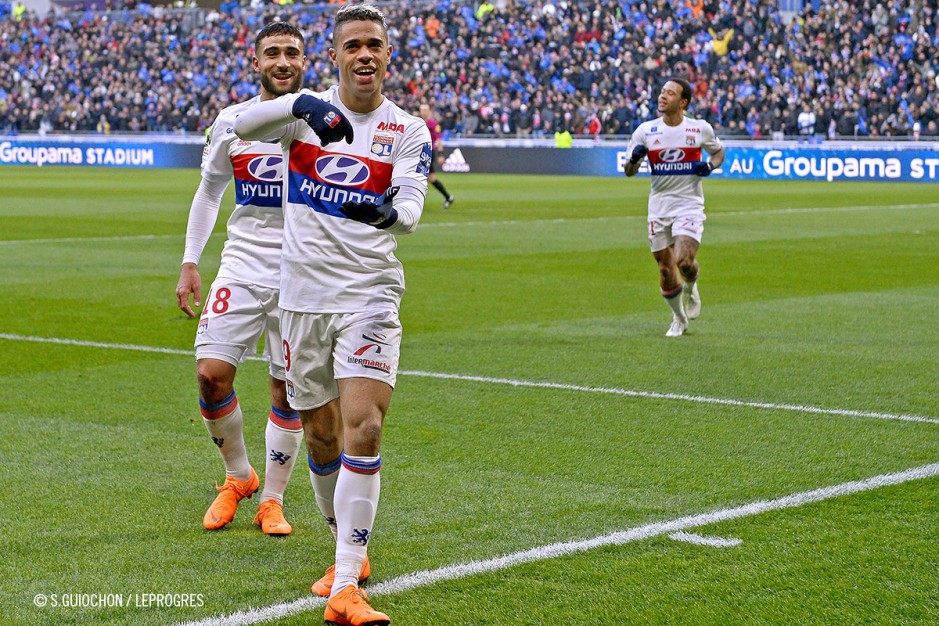 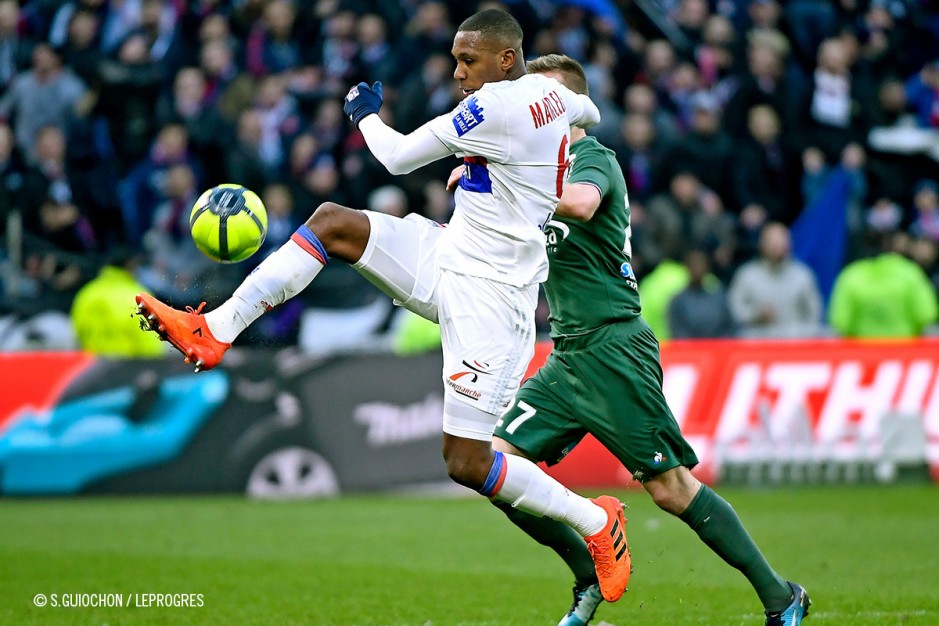 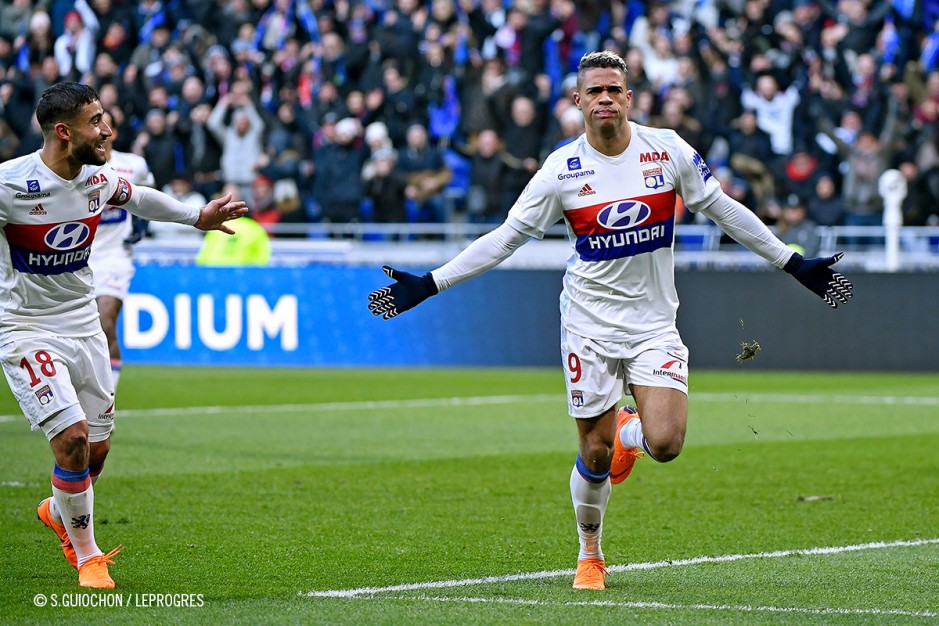 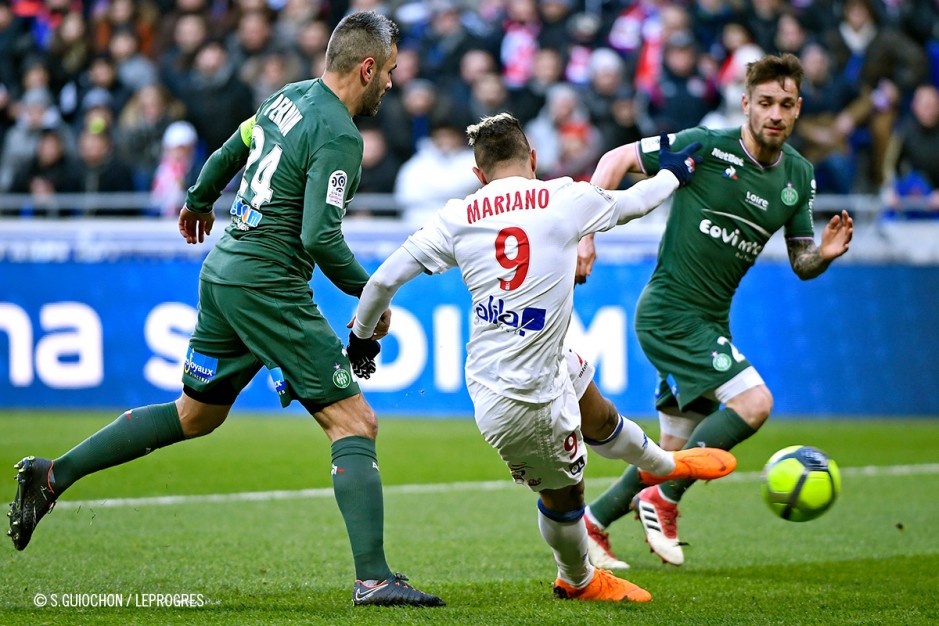 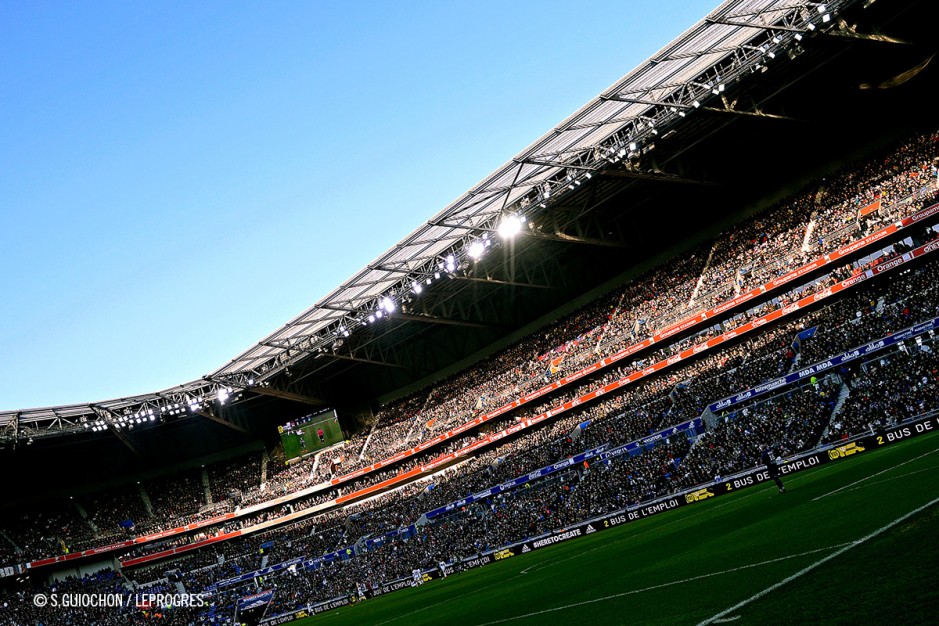 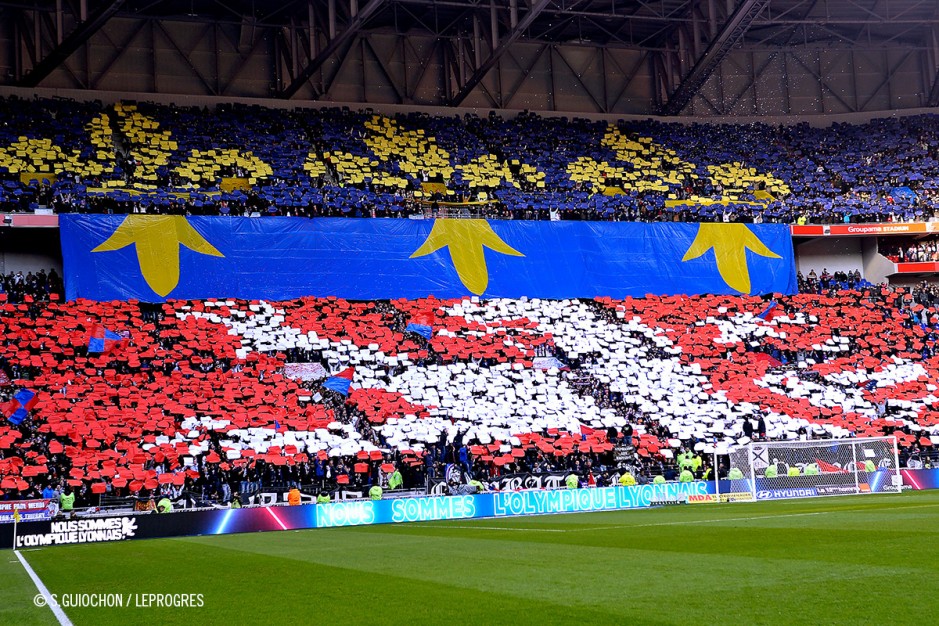 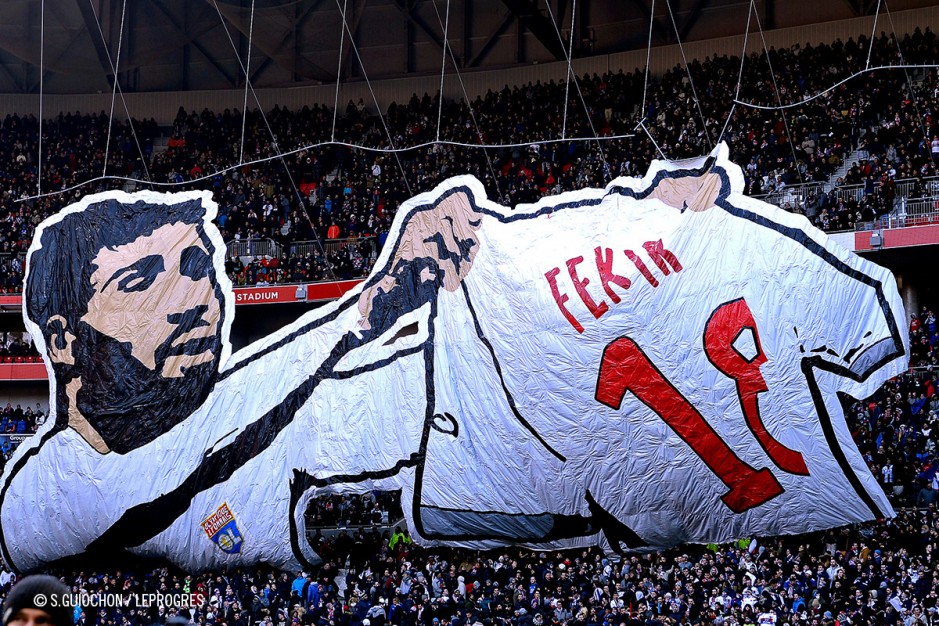 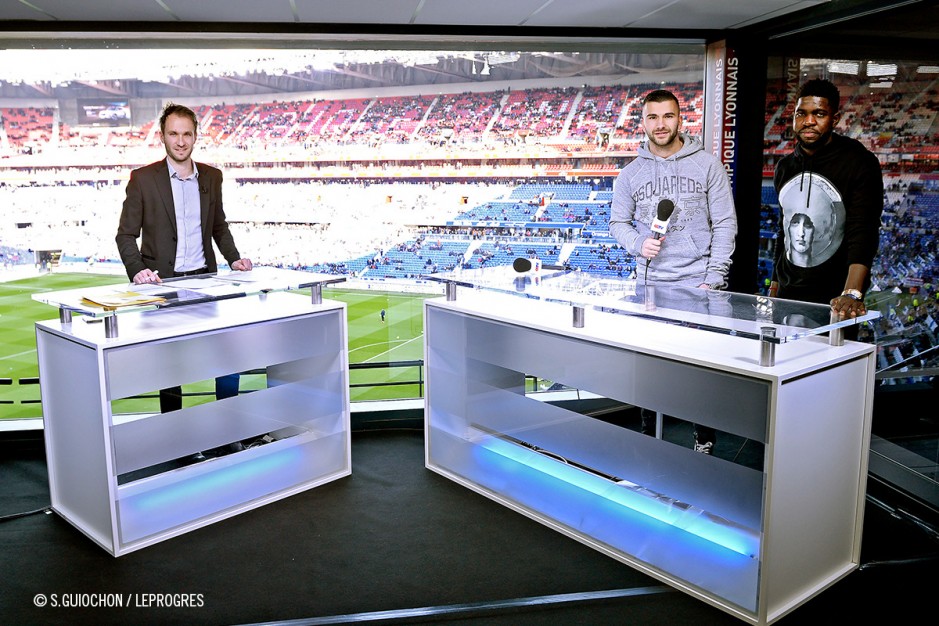 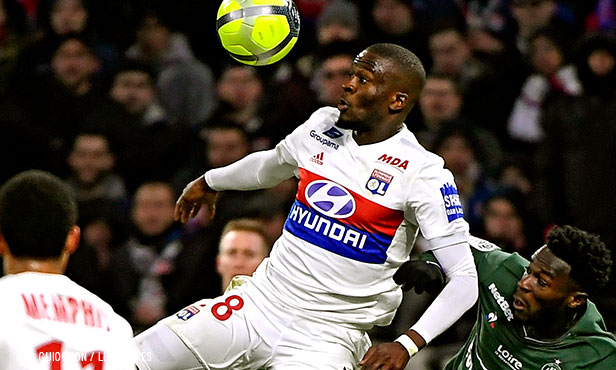 A stoppage-time goal and two key injuries ruined what started out as a promising derby for Lyon in their 116th showdown with archival Saint-Etienne. Mariano put OL ahead with a wonder goal, but the path to the podium got rockier when Rafael and captain Nabil Fekir both left the game hurt, followed by Debuchy’s last-gasp equalizer.

19’. Mariano chests down the ball, flicks it to himself, turns his defender and fires home. 1-0.
25’. Ruffier makes the leg save to keep Ndombele's shot out.
36’. Rafael suffers a hamstring injury, is replaced by Kenny Tete.
39’. Memphis comes close to doubling the lead, only to be denied by Ruffier.
54’. Monnet-Paquet shoots over the bar.
60’. Ruffier comes up big again, this time to keep out a shot from Mariano.
69’. Fekir leaves the game with an apparent knee injury, Diakhaby replaces him.
75’. Brilliant defending from Marcelo to keep Beric from scoring.
85’. Ruffier punches away a dangerous from kick from Memphis.
90’. Debuchy scores the equalizer for Saint-Etienne. 1-1.

With momentum on their side following a mid-week Europa League victory, OL were hoping to take full advantage in Sunday’s derby by beating archrivals Saint-Etienne and ending a four-game winless streak in L1. To add even more incentive, Monaco dropped points earlier the in weekend again Toulouse, while Marseille had the daunting task of visiting PSG later in the evening. Despite the near-freezing temperatures at Groupama Stadium, Mariano was on fire, giving the home side the lead with a brilliant piece of individual skill in the 19th minute. Humiliated 5-0 at home in the first head-to-head of the season between both sides, ASSE struggled to get things going offensively in the opening half. Ruffler was by far the busier of the two keepers, making key saves on Ndombele and Memphis.

After the break, Lyon remained in control against that opponent that posed little threat to their slim lead. Mariano, assisted by Fekir, flirted with a second goal, only to be denied by Ruffier. OL, who had already subbed out the injured Rafael and Tousart, who was ill, then saw their captain Fekir head into the locker room ahead of time with a knock to the knee. Suddenly, Saint-Etienne got the impetus they needed and came close to scoring when Marcelo avoided a Beric goal with some brilliant defending. However, there was nothing the Brazilian could do when Debuchy scored the equalizer in the 90th minute, stealing two vital points from Lyon… A painful afternoon in more ways than one.

Victory was just moments away… but old habits die hard. Lyon once again failed to hold on to a lead, this time conceding in the final seconds. Just when it appeared that Mariano’s wonder goal would be enough for OL, Mathieu Debuchy scored the equalizer as time was expiring.

OL have now gone six seasons without winning both league derbies. After their spectacular, 5-0 showing at the Stade Geoffroy-Guichard in November, Nabil Fekir and company failed to show the same kind of killer instinct and conceded a 1-1 draw in the return leg. Lyon have not swept the season series against ASSE since 2011-12, when they won both games as well as a Coupe de la Ligue tilt.

Jérémy Berthod :
« We suffered a lot in the second half without conceding a lot of chances. Defensively, we had mastered the game. There was a lack of commitment that’s required in a derby. We had very few opportunities finally. It’s a rather disappointing match. Physically, it was very tough for us. We're starting to show the effects of a busy calendar.»
Videos