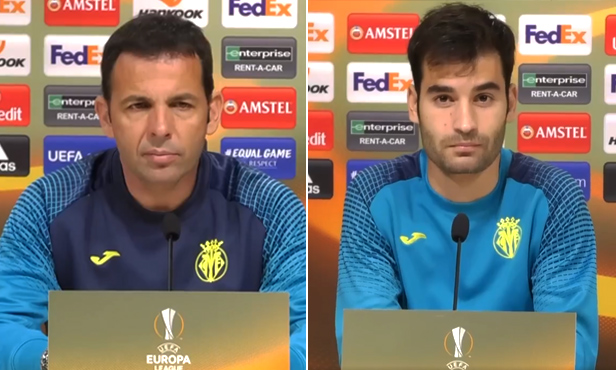 As Lyon were flying to the Castellon province, the Villarreal squad held a final training session Wednesday morning at the Estadio de la Ceramica, far from the meddling eyes of a visiting press corps that was still in transit between France and Spain.

Striking a confident tone, the manager affirmed his belief that Villarreal were capable of coming back from last week's 3-1 loss at Groupama Stadium: « "I can tell you that everyone in the locker room has faith. I have this feeling... If we are all in right state of mind and play the game of the season, we can turn the score around. We need to focus on our game and also control OL's offensive players. To qualify, we'll have to play a dream match. "»

Manu Trigueros echoed his coach’s sentiments during Wednesday’s press conference, reminding the media that Villarreal caused plenty of defensive problems for their opponent during the first leg: « "We had opportunities in Lyon and we will surely have more on Thursday. It's not easy to go down by two goals, but in front of our fans, in our stadium, we have what it takes to get a positive result. We must score, not concede a goal and remain solid. »

Villarreal have been far from their best heading into Thursday’s decisive showdown, going winless in their last four matches. After two defeats in La Liga, against Betis and Alavés, the Yellow Submarine dropped a 3-1 result at Groupama Stadium in last week’s first leg versus OL before conceding a late 1-1 draw to Espanyol on Saturday - a result that pushed them out of the top five in the league.