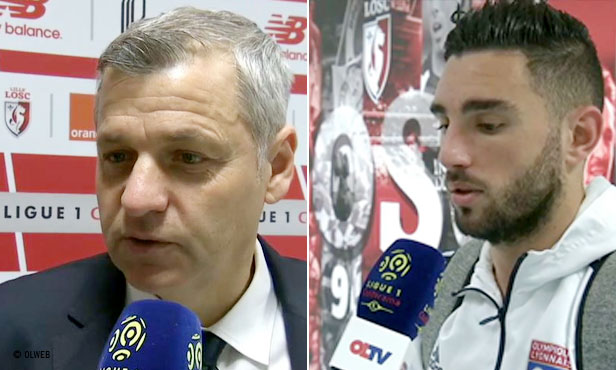 Lyon's coach and players gave their post-match verdicts to OLTV after Sunday's 2-2 draw with Lille.

Bruno Genesio :
« This match is very similar to the one against Monaco, with the same good and bad things. Playing at the highest level requires a lot of humility. I think we've been lacking that and haven't been consistent enough as a result. Football matches are made up of two halves, and we forgot to play in part of the second half.»

Lucas Tousart :
« We were punished in the second half. It's a shame because we had a good first period. Then we shifted back too far. We knew we had to play higher up on the pitch, but we were struggling physically and mentally. There are a lot of things we need to think about. »

Jordan Ferri :
« We were solid in the first fifteen minutes, we had our chances and led 2-0 at halftime. The coach warned us during the break, but we got back behind the ball, lost possession and were under constant attack. It’s really disappointing, just like against Monaco. We needed the three points. Now, we have to get back on our feet for Thursday’s match at Villarreal. »