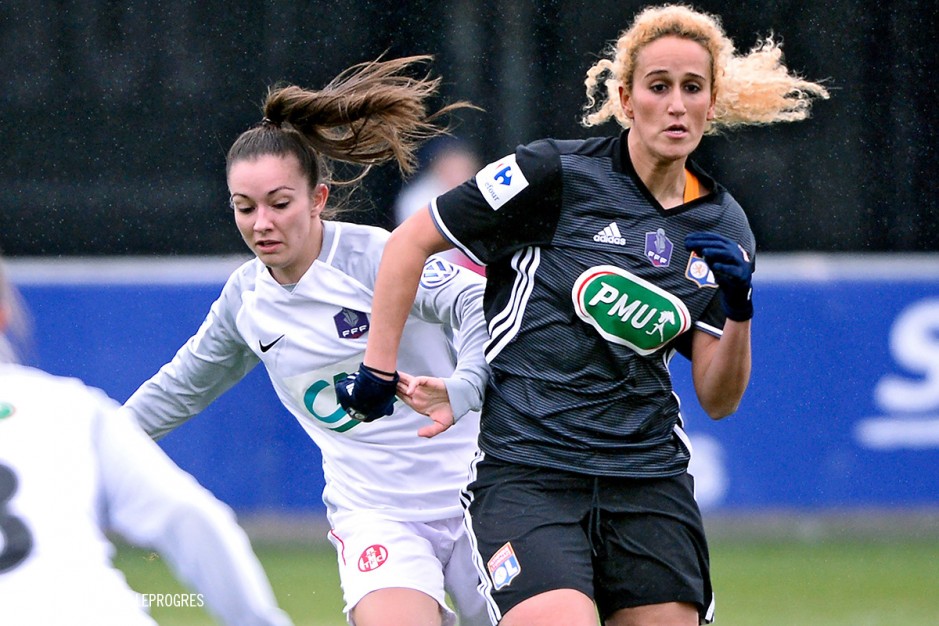 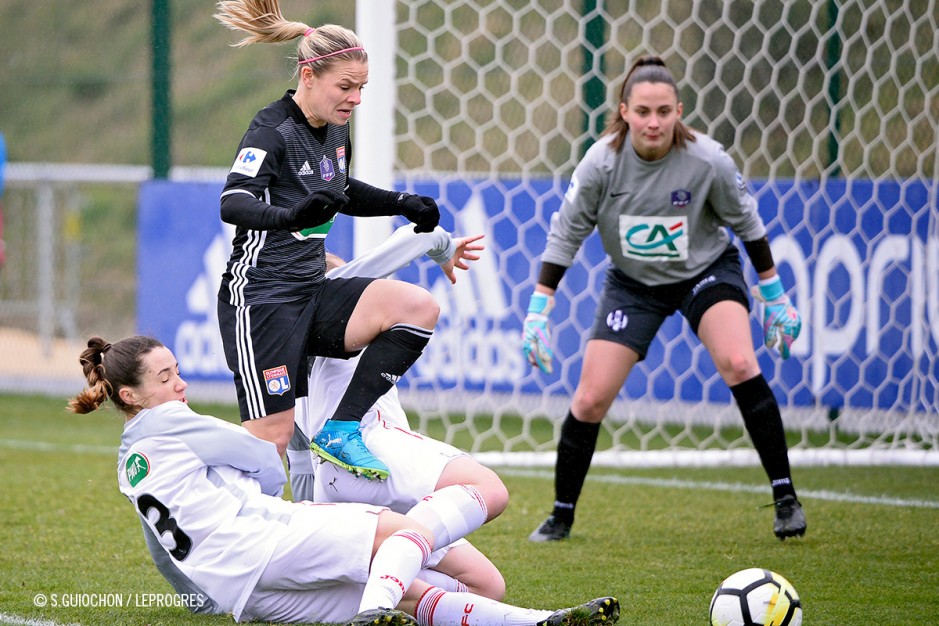 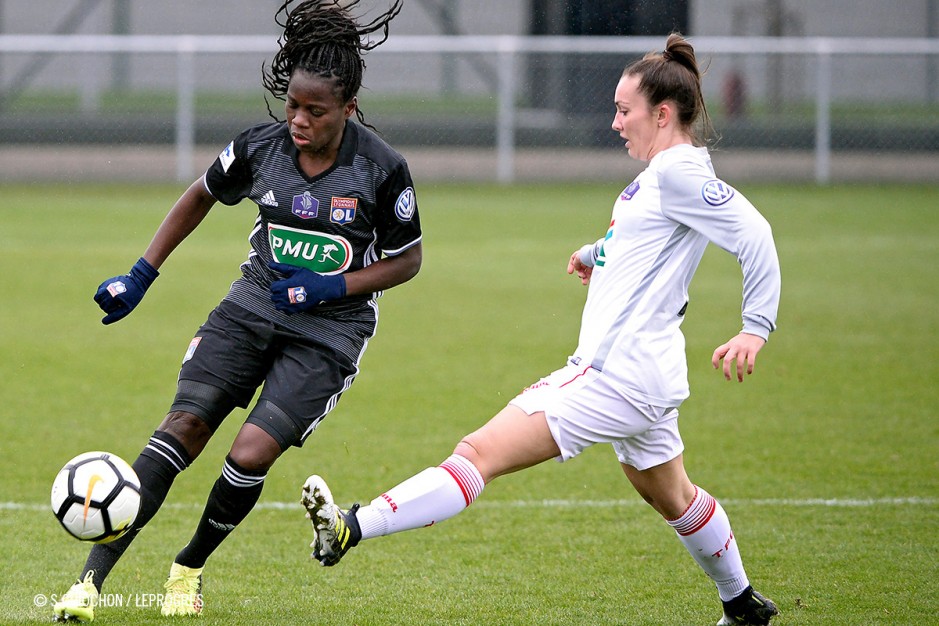 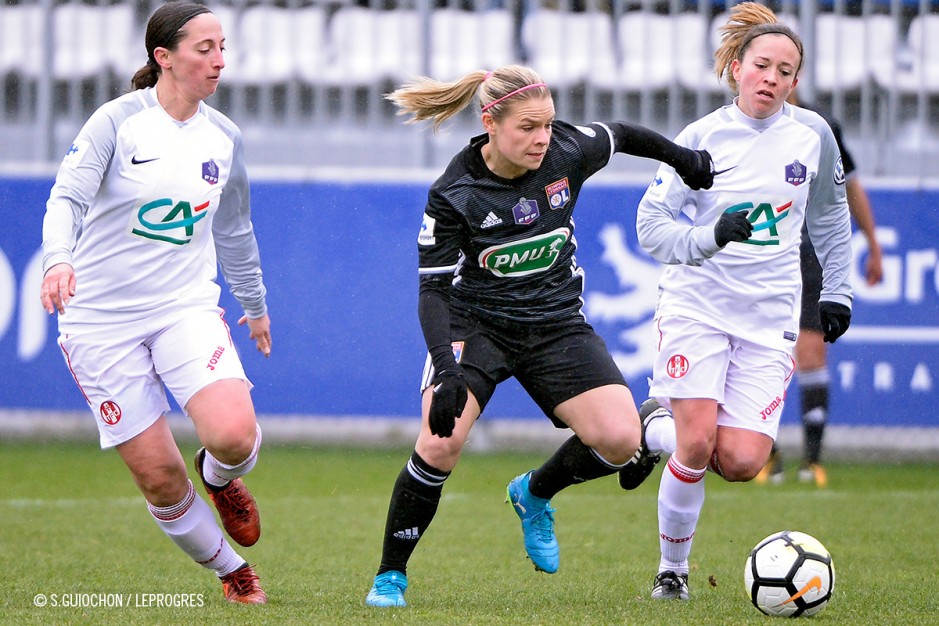 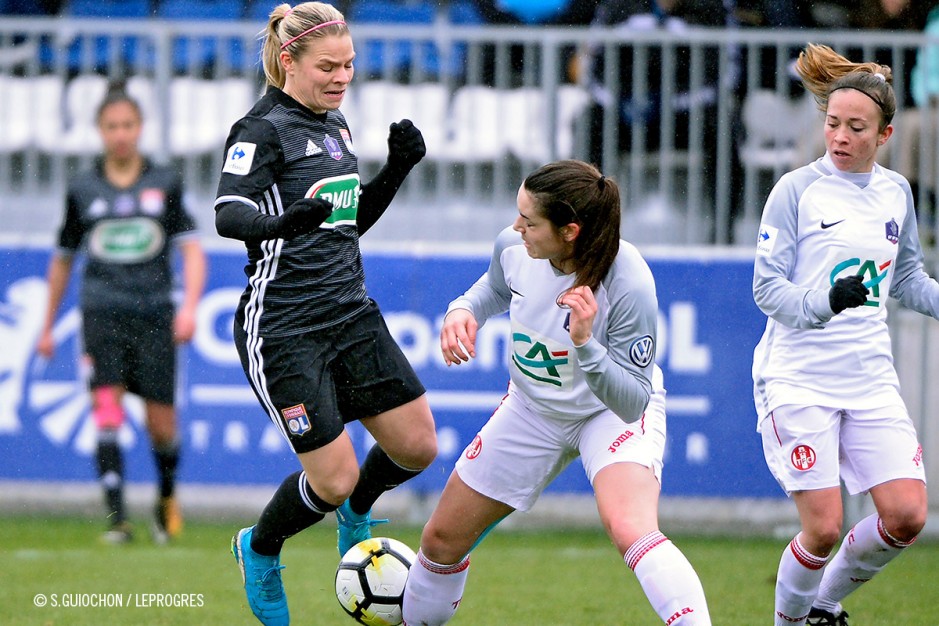 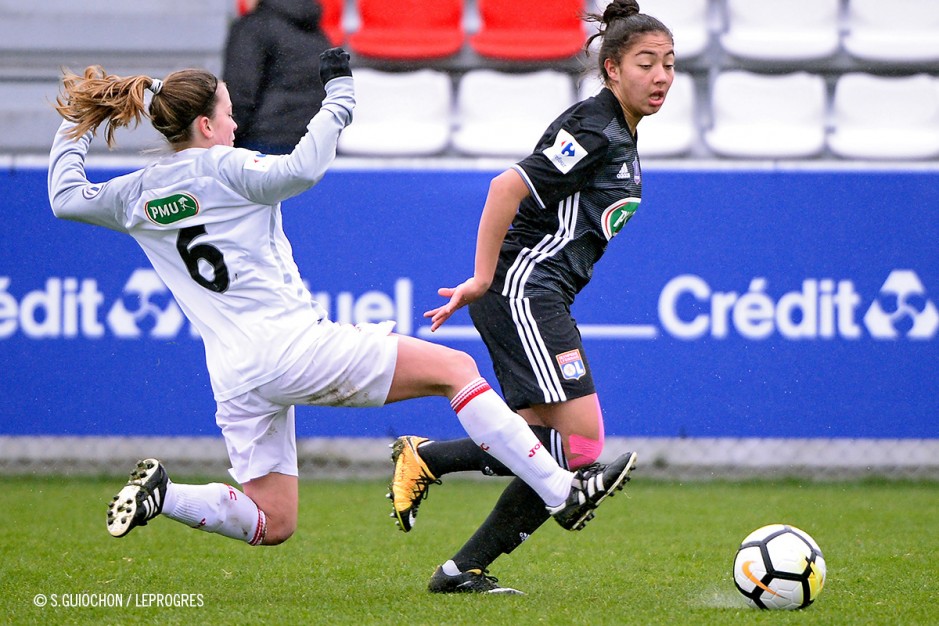 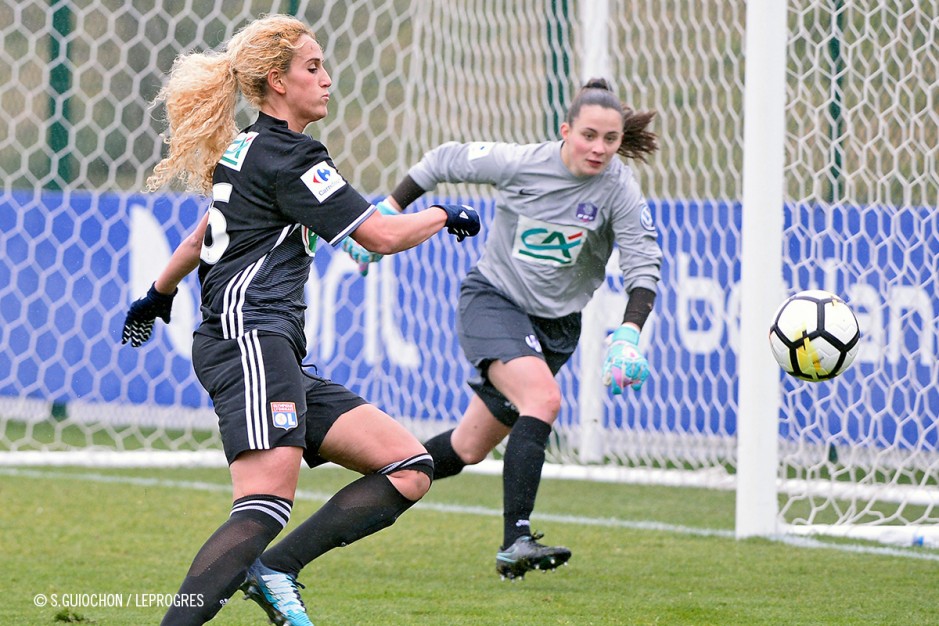 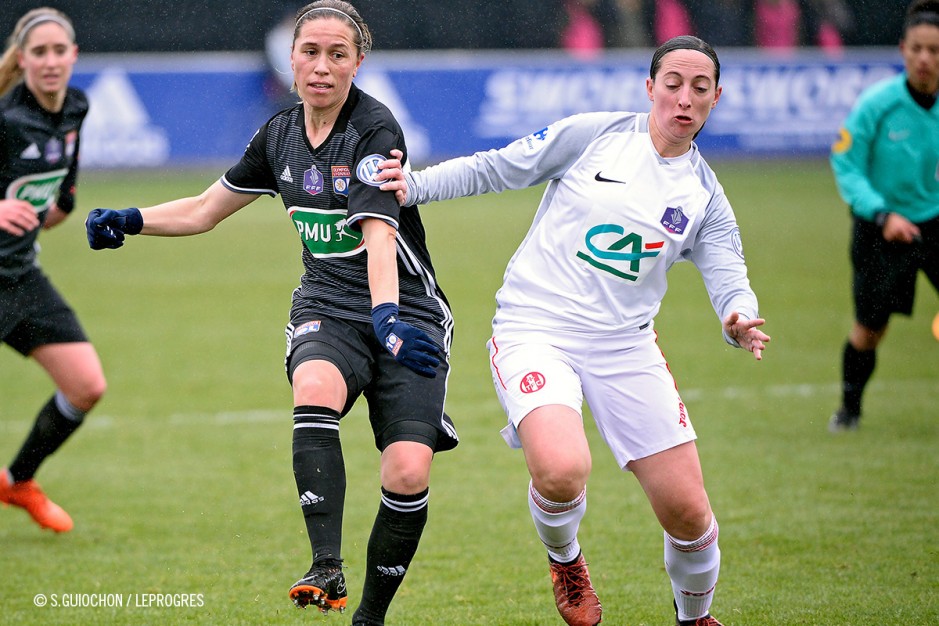 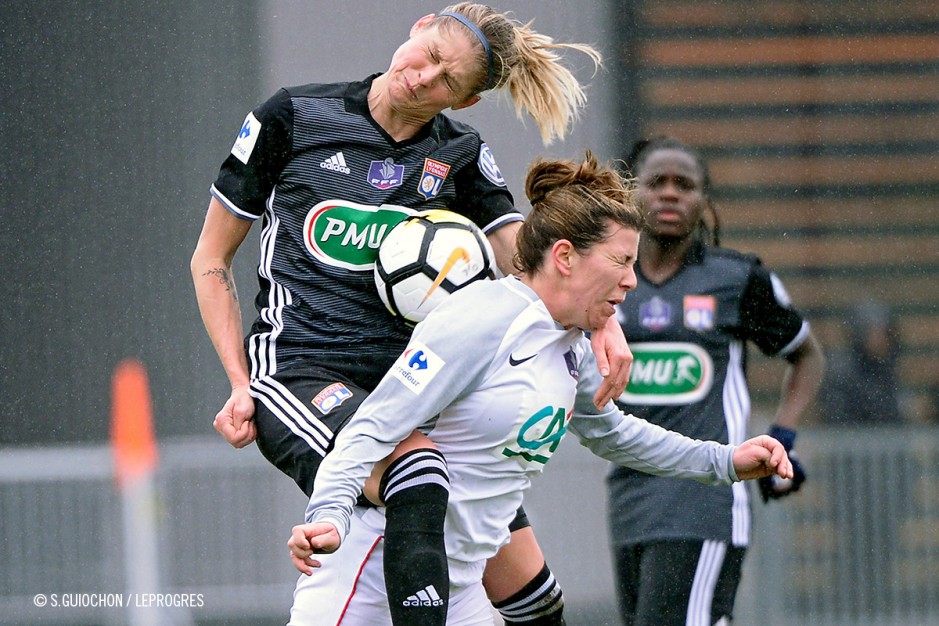 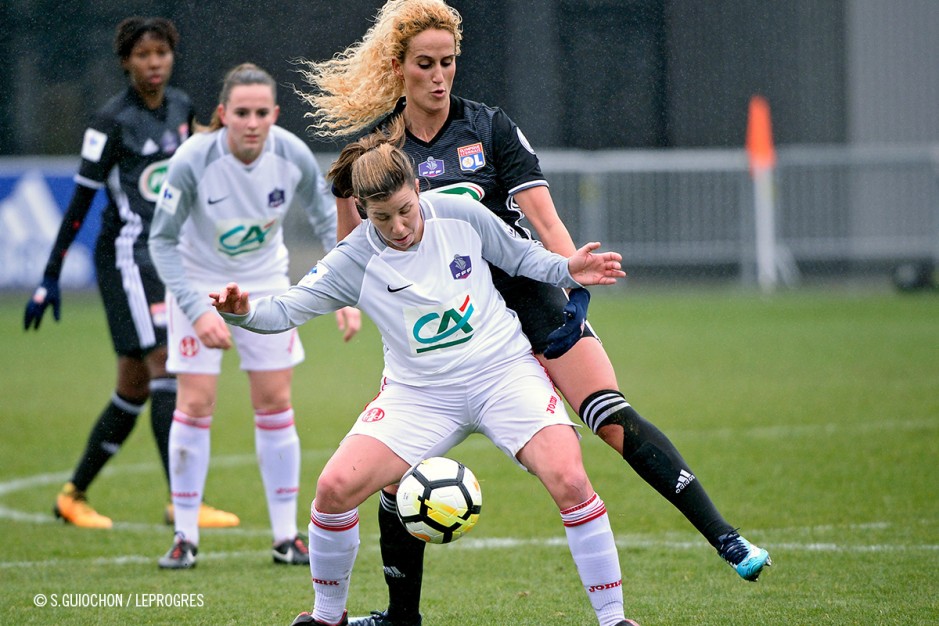 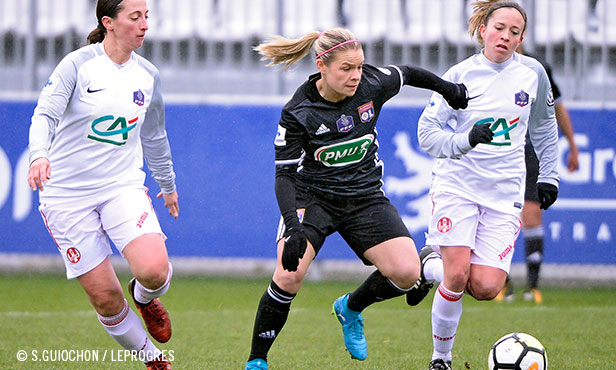 With a hat-trick, the French striker reached 226 goals in Sunday's 11-0 thrashing of Toulouse to become the club's all-time leading scorer.


Eugénie Le Sommer made history for an OL’s women’s team that put on another offensive exhibition in the Coupe de France, cruising past Toulouse en route to an 11-0 win that sealed their spot in the quarterfinal. Le Sommer scored a hat-trick to reach 226 goals with Lyon and overtake Lotta Schelin as the club’s all-time leading scorer.

Sunday’s match at Groupama OL Training Center was also the first for newly-signed American international Morgan Brian, who opened her Lyon account in her debut. Despite their opponent’s highly defense formation, the home team took the lead early on thanks to a Cascarino goal (12’, 1-0). That opened the floodgates, as Le Sommer scored her first of the match off a service from Petit (20 ', 2-0), followed by Mbock (24', 3-0) and Hamraoui, who smashed a screamer into the top corner ( 43 ', 4-0) just before the break. 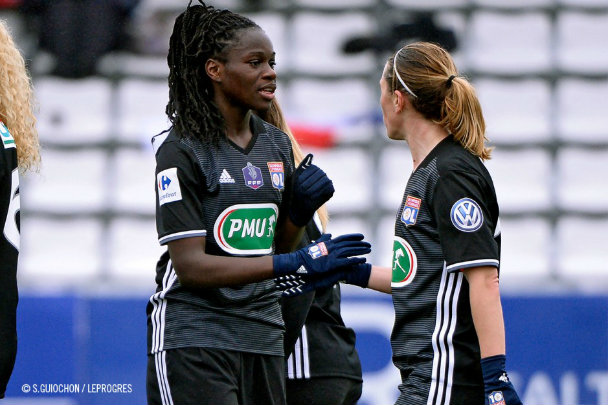 Eugénie Le Sommer on her record-setting performance : "Mission accomplished. We played a good, serious match. I'm proud to be the top scorer in club history. I had the pleasure of playing alongside Lotta (Schelin) and it is an honor to beat her record today. I'll text her to apologize (laughs). But the goals are secondary, the important thing is that we qualified."