Bruno Genesio : « We are all responsible when we lose » 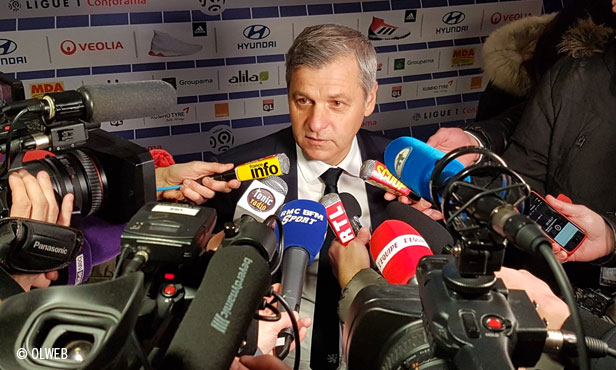 Lyon's coach spoke to OLTV after Sunday's loss to Rennes.

There is disappointment, frustration, anger. We are all disappointed tonight because we didn’t do what we had set out to do. We only played one period out of the two. We did everything to come back after the break… We complicated things by conceding a goal so quickly. We were wasteful. I do not want to overwhelm my players. We are all responsible when we lose. We must now show that we are strong enough to come back. We will recover well for Thursday's match.

????️ @MarceloGuedes02: "I am very disappointed. I am largely responsible for this loss. There are still a lot of matches left for the top three spots, we will continue fighting." #OLSRFC pic.twitter.com/GHdE0NF5ix