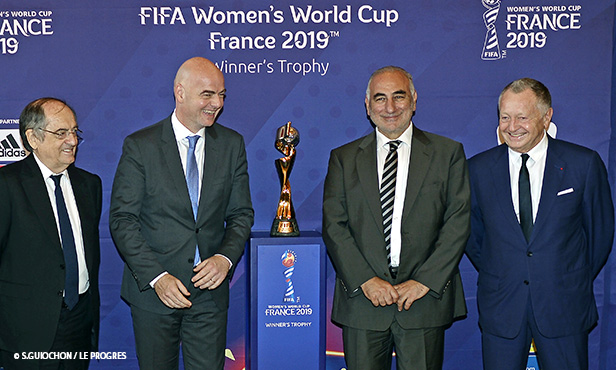 Automatically qualified as the host nation, The French Women’s National Team, coached by Corinne Diacre, will play the opening match in Paris (Parc des Princes) on Friday, June 7 at 9 pm (local time), then move to Nice on Wednesday, June 12 (Stade Nice) before finishing off the group stage on Monday, June 17 in Rennes (Roazhon Park).

FIFA President Gianni Infantino, said: « Today’s reveal of the match schedule for the FIFA Women’s World Cup France 2019 takes us a step closer to what promises to be a great tournament. France is a country that loves football and knows how to organise world-class events. As the host country for the tournament, it will provide fans with the chance to see the world’s best female footballers in magnificent stadiums across the nine cities hosting matches. I am certain that the commitment and dedication of the French Football Federation, the Local Organising Committee, and Host Cities around the country will make this tournament unique.»

« In less than 18 months’ time, France will host the biggest competition in women’s football,» added Noël Le Graët, president of the French Football Federation. « Following the launch of the official slogan and emblem at the Musée de l’Homme in September 2017, the unveiling of the match schedule is yet another milestone on the road to the FIFA Women’s World Cup in 2019. The nine Host Cities were eager to find out who they would be welcoming. They will now set about putting all of the organisational and festive aspects in place for what will be an exciting time for our country. The entire amateur football scene – leagues, districts, clubs – is already involved, and I have no doubt whatsoever that they will rise to the challenge of this major event, which will be a huge celebration. »