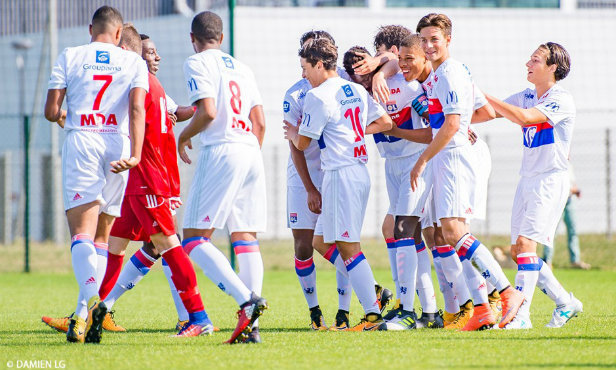 The U17 squad salvaged a point in their trip to Annecy in Match Day 17 of Group C.

Big winner’s last week against AS Saint-Priest (5-0), Pierre Chavrondier and

After four consecutive victories, OL couldn’t make int five straight in a very balanced match that saw both teams have their fair share of chances. Despite conceding a goal shortly after the half-hour mark (1-0, 37 '), the visitors managed to equalize in the last moments of the first period thanks to captain El Hadj Coly (1-1, 45 '). In the second half, neither team was able to tilt the balance in their favor. “It was a very balanced match against a side that defended well in the back,” coach Pierre Chavrondier said after the final whistle.

Saturday’s result cost OL valuable points in their fight at the top of the table with AS Saint-Etienne. The U17 are back in action next Saturday when they’ll face Valence at the Meyzieu Academy.