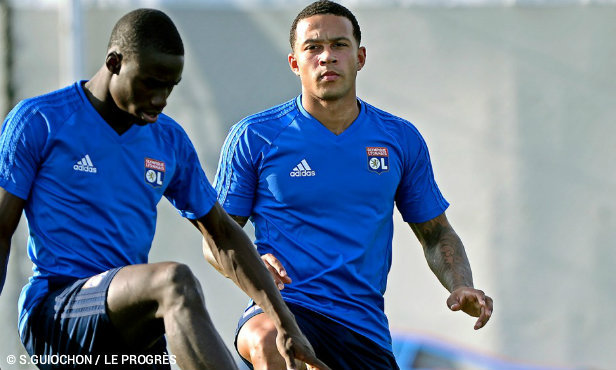 Cheikh Diop is back in the first team for Match Day 23 of Ligue 1 Conforama as a result of Mouctar Diakhaby's absence.

On Saturday, Bruno Genesio’s men showed up for one final session at the Groupama OL Training Center ahead of tomorrow’s match vs. Bordeaux. Matmut-Atlantique Stadium will be the site of their showdown in Match Day 23 of Ligue 1 Conforama.

Lyon’s coach named a 19-man squad for the trip to Gironde. Despite previously asserting that the entire roster was available, the team will in fact be without Mouctar Diakhaby. The young central defender, a starter in Wednesday’s Coupe de France win over Monaco (2-3), is ruled out for family reasons. As a result, Spanish midfielder Cheikh Diop has been called up to take his place.