Tanguy Ndombele: « I need to work on my finishing » 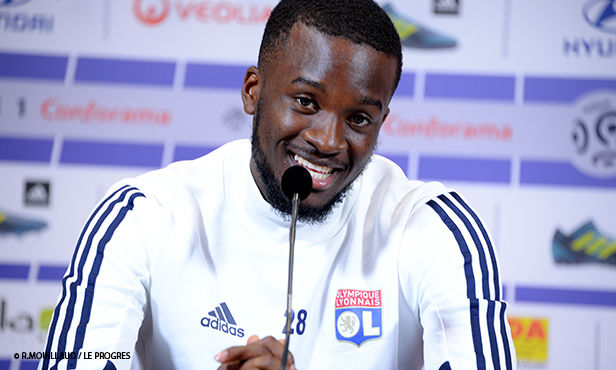 His strong form of late with Lyon

«I am always prepared, I do not get overwhelmed by events surrounding me. There were times when I was out of the squad, but a footballer’s career consists of ups and downs. I never gave up. I kept my head up when things weren’t going my way. Today, I am full of confidence. I think I have improved since arriving at the club. The squad has welcomed me, and with these kinds of players we can only get better. »

The win against PSG and the upcoming match vs. Monaco

« We came in wanting to win the game and we did it. Paris or not, it's a match like any other: there was no more enthusiasm this time around compared to other matches. We’re just happy that we won. I’m not sure if we’re favorites against Monaco, they’re a great team. Obviously we’re going there to win. »

«I need to work on some things, especially finishing. Today, all midfielders must be able to score. I think a little too much before shooting… When I was at Guingamp, I played alongside Giannelli Imbula and improved a lot by watching him. After coming to OL, I have improved by watching a lot of videos. And I speak a lot with my teammates. As for formations, I feel best playing in a 4-3-3, where I am a little more offensive. »