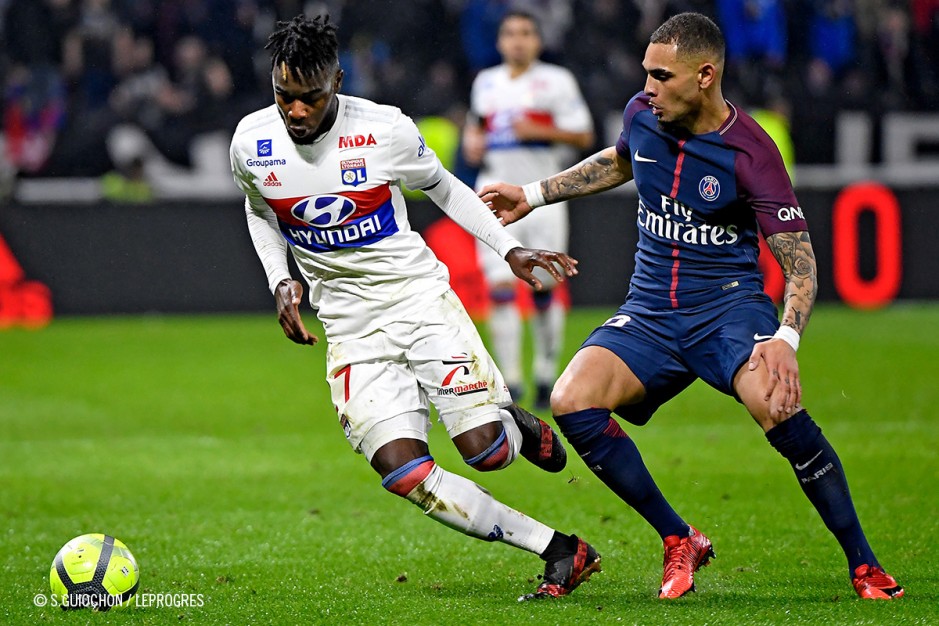 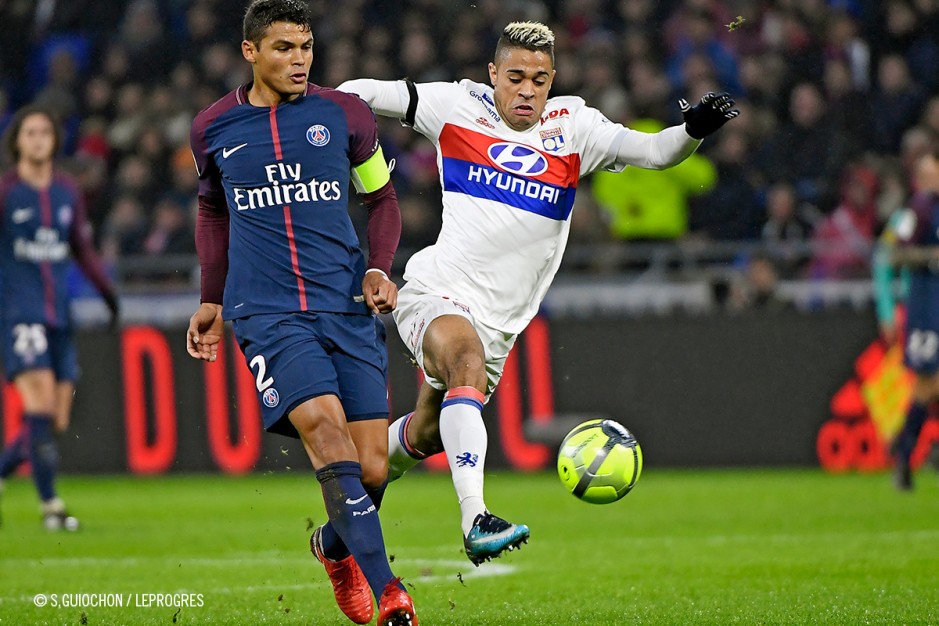 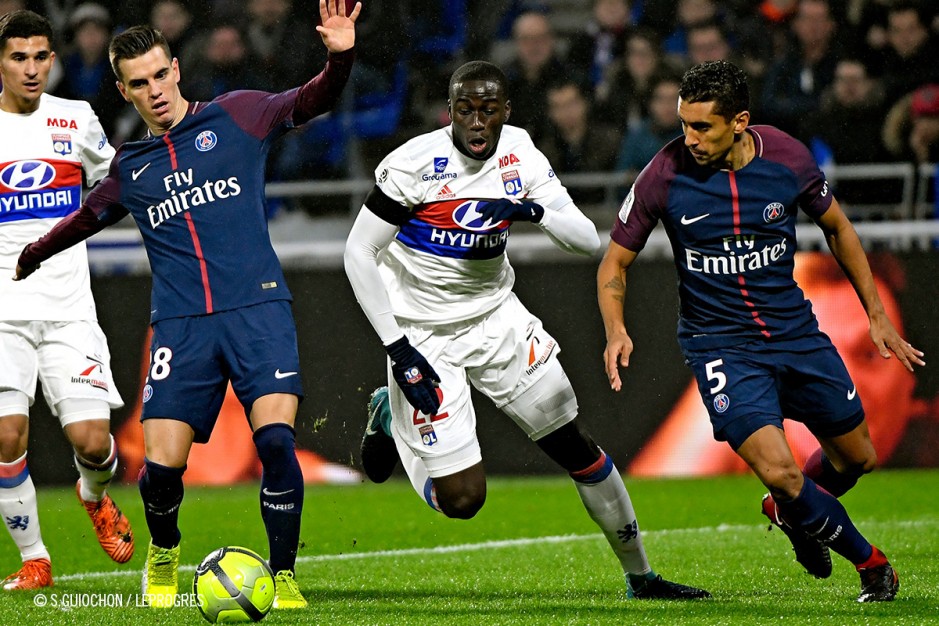 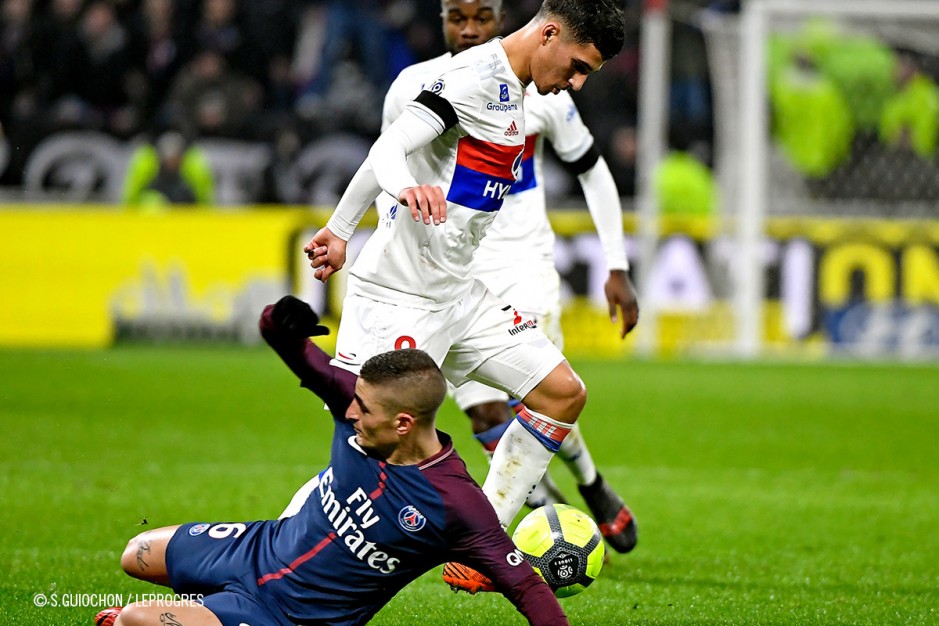 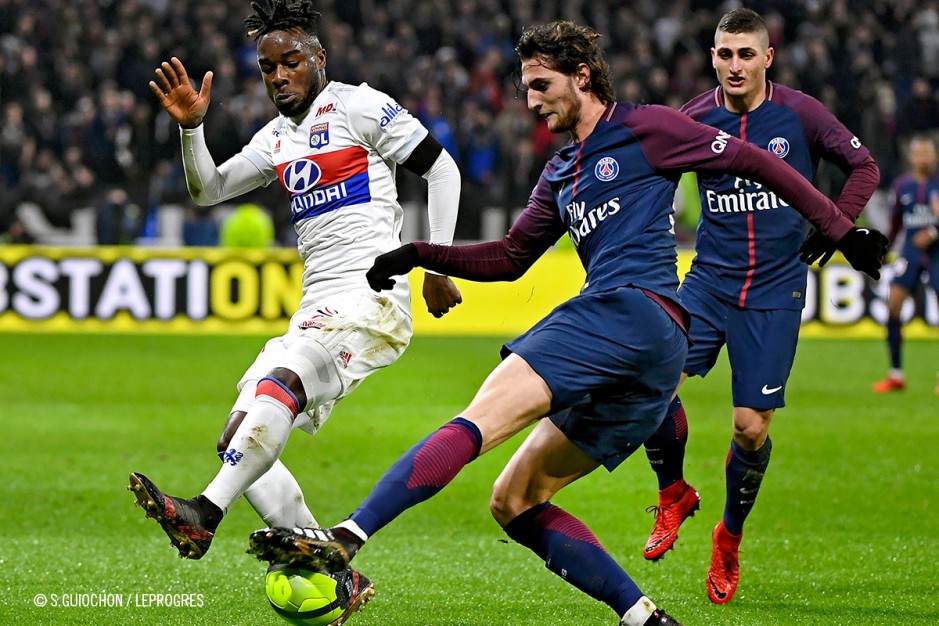 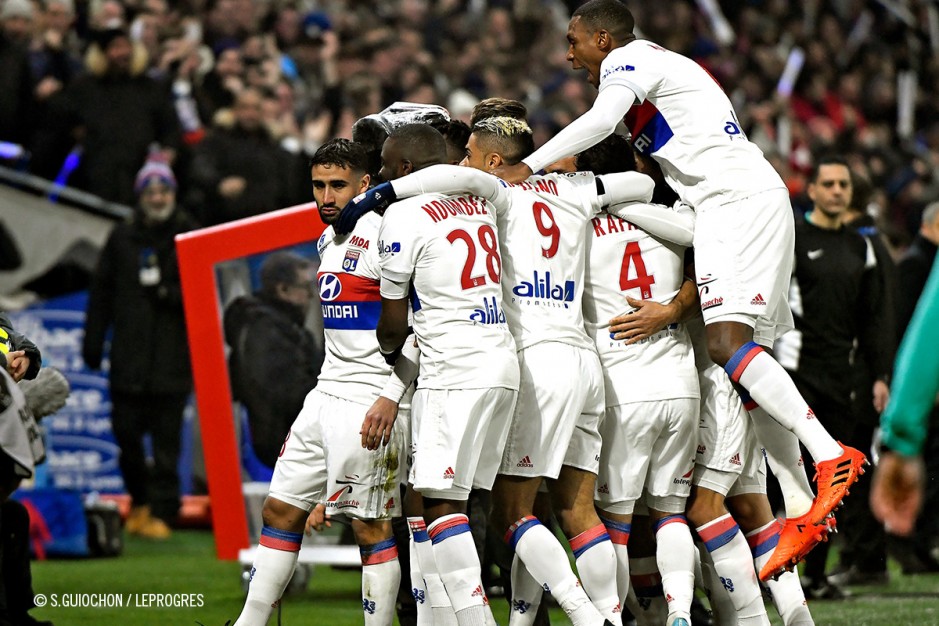 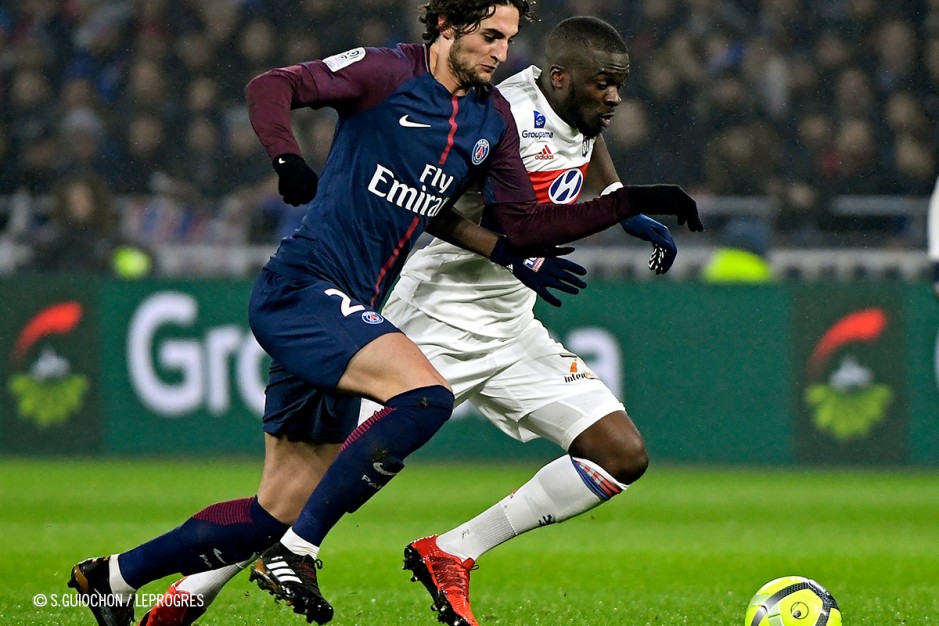 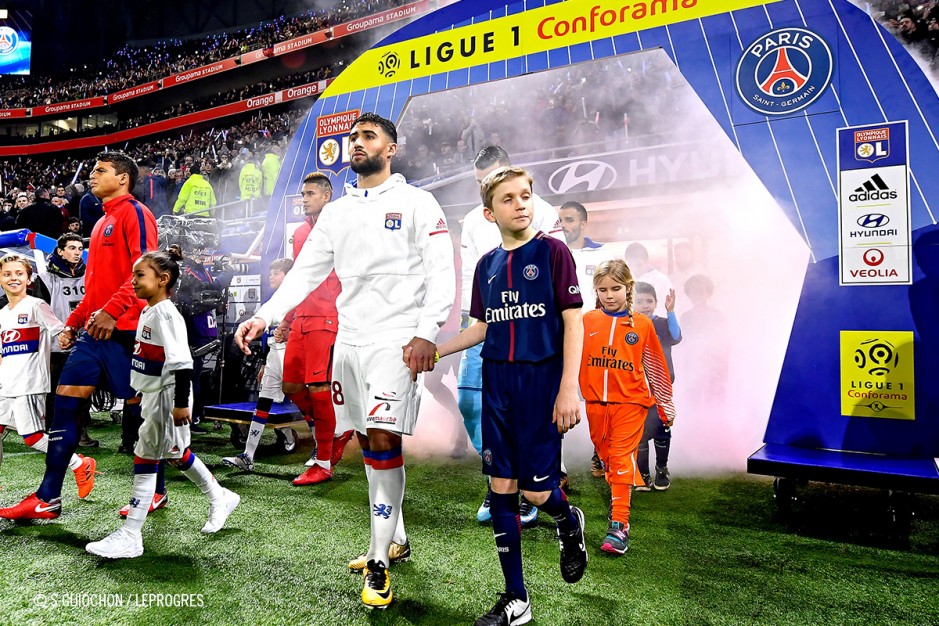 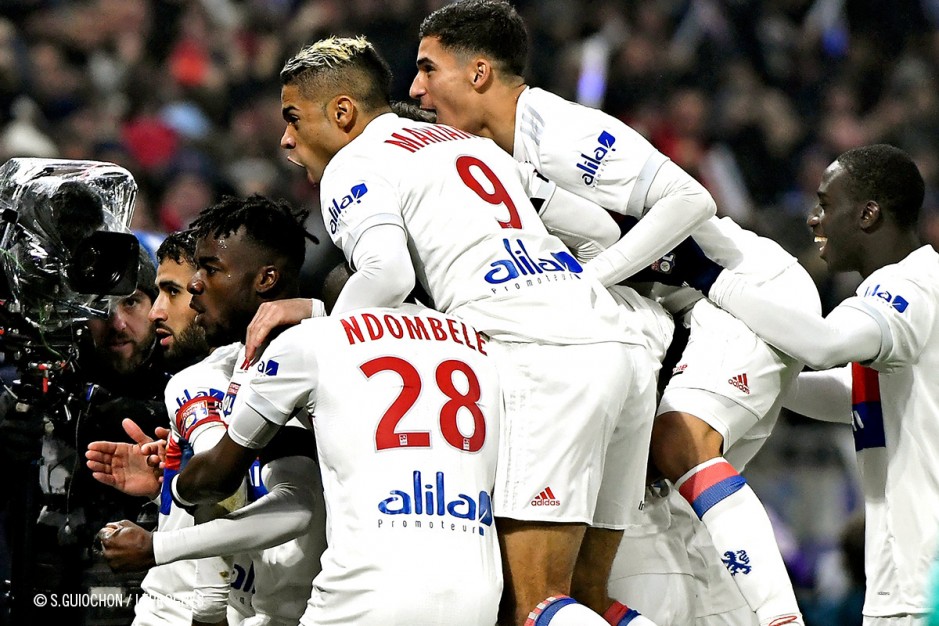 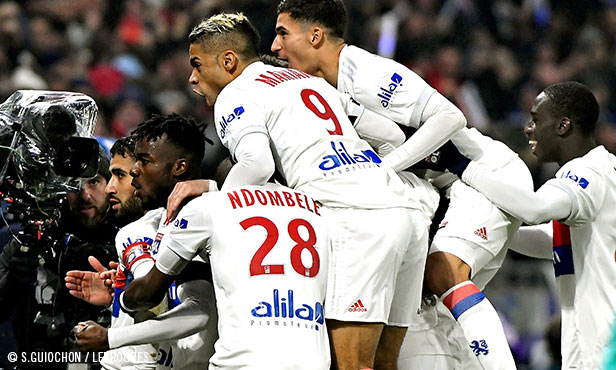 Memphis Depay struck late with a stoppage-time stunner to give OL a dramatic 2-1 win at home over PSG and close the gap to eight points with the Ligue 1 Conforama leaders. Captain Nabil Fekir also played the hero Sunday night with a brilliant free kick that opened the score in the 2nd minute of play.

2’. Fekir scores a brilliant free-kick goal from over 30 yards out. 1-0.
8’. Cavani's ambitious lob shot from midfield goes narrowly wide
12’. Cavani connects a close-range header right at Lopes.
18’. Brilliant display of reflexes by Lopes to prevent a Morel own-goal.
35’. Fekir attempts another free kick, although this time it's stopped by Areola.
45+3’. Kurzawa levels it for PSG just before halftime with stunning volley. 1-1.
51’. Verratti shoots just over the crossbar.
57’. Dani Alves is sent off with a red card.
63’. Areola makes the save in the 1v1 with Mariano.
85’. Another save by Areola, this time to deny Cornet.
90+4’. Memphis scores a stunning strike in stoppage time. 2-1.

After Marseille and Monaco won their respective matches earlier this weekend, OL were in need of a big performance Sunday night against PSG, unbeatable in recent matches, in order to get back into second place. In front of a packed Groupama Stadium, Fekir set the tone just two minutes in with a stunning piece of free kick magic. But just as quickly, Paris reacted and took control of the match in search of the equalizer. Lopes came to the home side’s rescue with a brilliant save that prevented a goal-bound header from… teammate Morel. The Lyon keeper then collided with Mbappé, who took the worst of it and had to be replaced by Draxler. Things began settling down and OL looked poised to head into halftime with the lead… but just like that, Kurzawa scored a golazo of his own seconds before the break. 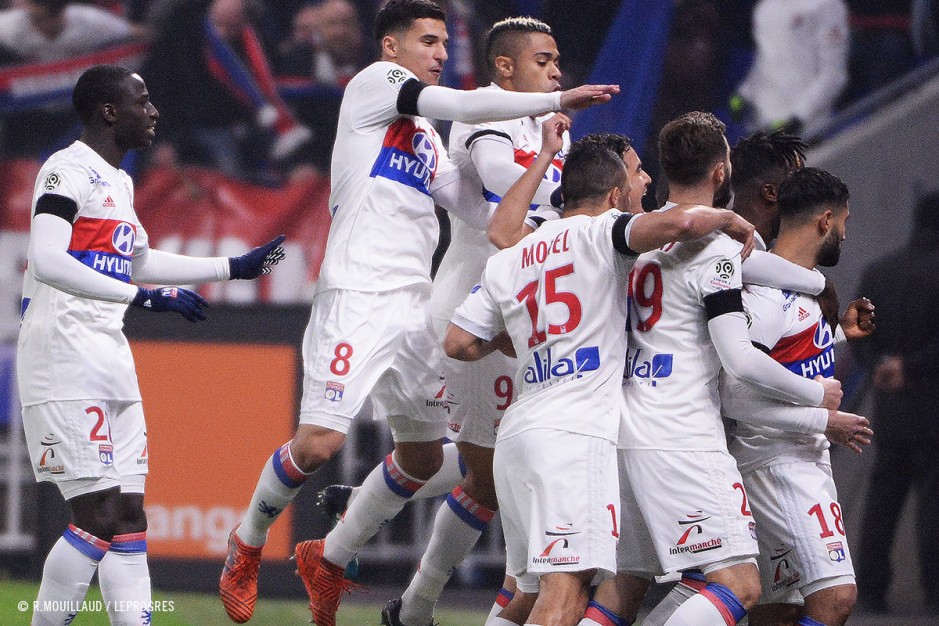 While OL stepped it up in the second half, Paris came back from the locker room out of sorts, committing plenty of mistakes. Then, Alves was sent off for vigorously arguing with the ref over a call against him. Mariano almost took immediate advantage with a close-range shot that was saved by Areola. PSG were pinned in their own half of the pitch, causing little to no danger, except on a rare attack that was brilliantly defended by Rafael. Then Traoré entered the game, in an attempt to ignite OL’s offense in the final minutes. In the end, it would be another late sub, Memphis, who played the hero, thanks to a brilliant, long-range strike in stoppage time. Absolute madness. An entire stadium celebrating and OL back in second place. A night to remember.

Memphis to the rescue

Ninety minutes in the book and stoppage time about to end. That’s when Memphis Depay took matters into his own hands and secured all three points for Lyon against the mighty PSG. The Dutchman, who entered the game in the 69th minute, took a pass from Nabil Fekir on the the left flank, accelerated to his right while leaving his defender in the dust and sent a screamer into the net. Groupama Stadium erupted in celebration as OL earned a hard-fought, but deserved win.

Jérémy Berthod :
« It’s a wonderful result with a last-second goal. This is a great moment for the club and this stadium… We thought we were headed for a draw. These are joyful moments to savor. »