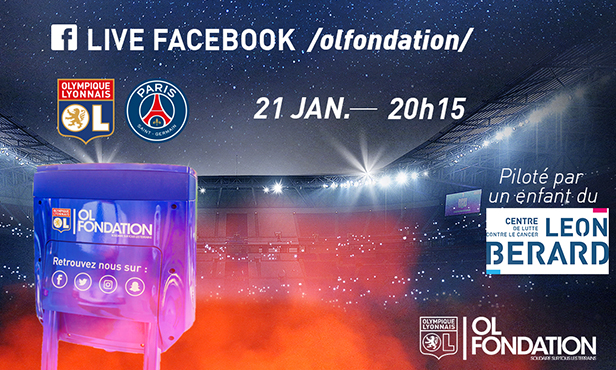 For the first time, a FACEBOOK LIVE stream will allow fans to experience the Foundation "Robot" as viewed by the children at the Centre Léon Bérard Center.

When Olympique Lyonnais take on Paris Saint-Germain in Match Day 21 of Ligue 1 Conforama, the Foundation will broadcast its first LIVE stream on Facebook! Our "Robot" will allow children from the Centre Léon Bérard to watch the players' pre-match warm-ups!

Join us on Facebook on Sunday, January 21 at 20h15, live from Groupama Stadium!