Jean-Michel Aulas : « It promises to be a fantastic match » 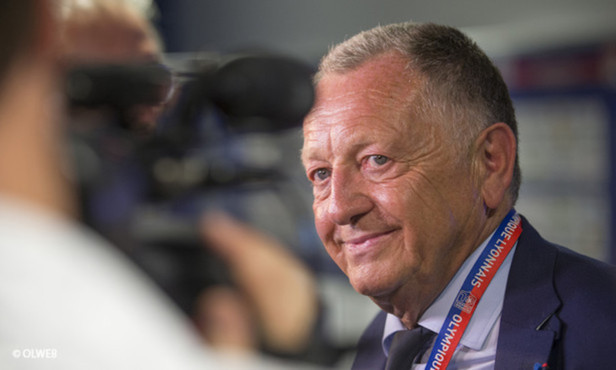 The president of Olympique Lyonnais spoke to OLTV to discuss Wednesday’s win (0-2) over Guingamp and preview Sunday’s highly anticipated clash with PSG.

The win vs. Guingamp

« It was a good game. We must be careful because sometimes we tried to do too much and it reminded me of the match against Nancy, where we suffered despite dominating. We have so much talent that at times we almost get dizzy. I’m happy because we took control of the game. We created many opportunities. We could have won by a bigger score like we did against Troyes, Nice or Saint-Etienne. It’s always difficult to win here. Guingamp are a very good team. The crowd gets into it. I’m glad that we didn’t concede a goal, which improved our goals against average. We are on a good way. »

The upcoming match vs. PSG

« We moved into second place right before facing a monster like PSG, so it promises to be a fantastic match. Right now it’s almost a sell-out crowd. I think it will be a sell out given the quality of the match between an OL side that recognizes the technical superiority of their opponent but also has the desire to hold their own against a very talented PSG team. We will try to play our game throughout the 90 minutes and show that we’re not that far behind them quality-wise. When Groupama Stadium roars with our fantastic fans, it gives us a little bit extra. »