Training: Traoré on fire and Mariano hits the ground running 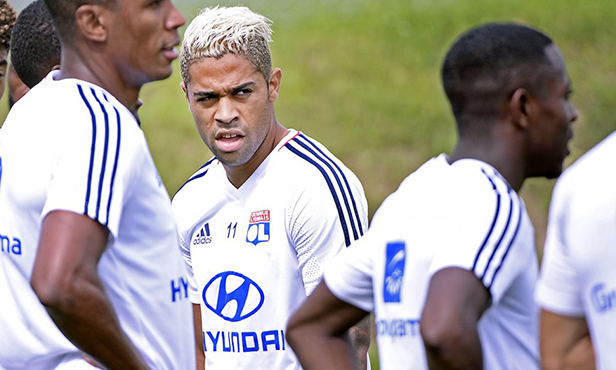 Still in the recovery phase, the Burkinabé striker looked sharp in front of goal during Friday morning's session at the Groupama OL Training Center. Meanwhile, the Spanish center did some running.

OL return to Ligue 1 Conforama action this Sunday when they host Angers at Groupama Stadium in Match Day 20. Third in the standings, although tied for points with second-place Monaco, and far behind leaders PSG, Lyon will look to extend their three-match league winning streak.

After a week of preparation, Friday’s session at the Groupama OL Training Center was open to the public. Bruno Genesio’s men focused on ball work before splitting into two groups. Under the watchful eye of Claudio Caçapa, central defenders Marcelo and Mouctar Diakhaby were put through the paces, alternating been short and long game scenarios.

Still in the early stages of his recovery program, Mariano worked apart from the group, performing sprints and light jogging in the company of club physiotherapist Sylvain Rousseau and team doctor Christophe Baudot. Despite their progress, both the Spanish forward and Traoré are ruled out of Sunday’s match vs. Angers.