Training camp: Bertrand Traoré is getting back on his feet… and back in form! 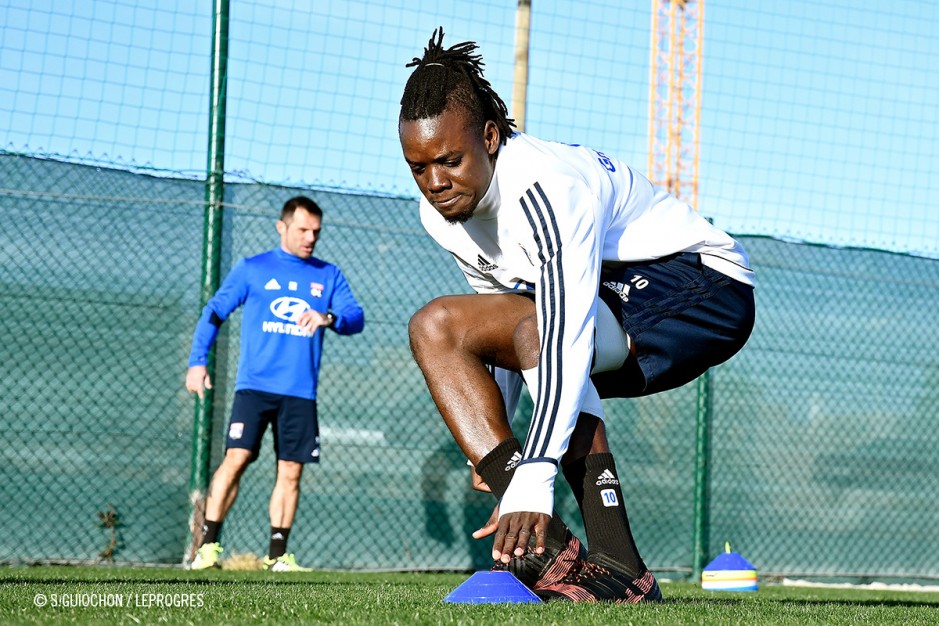 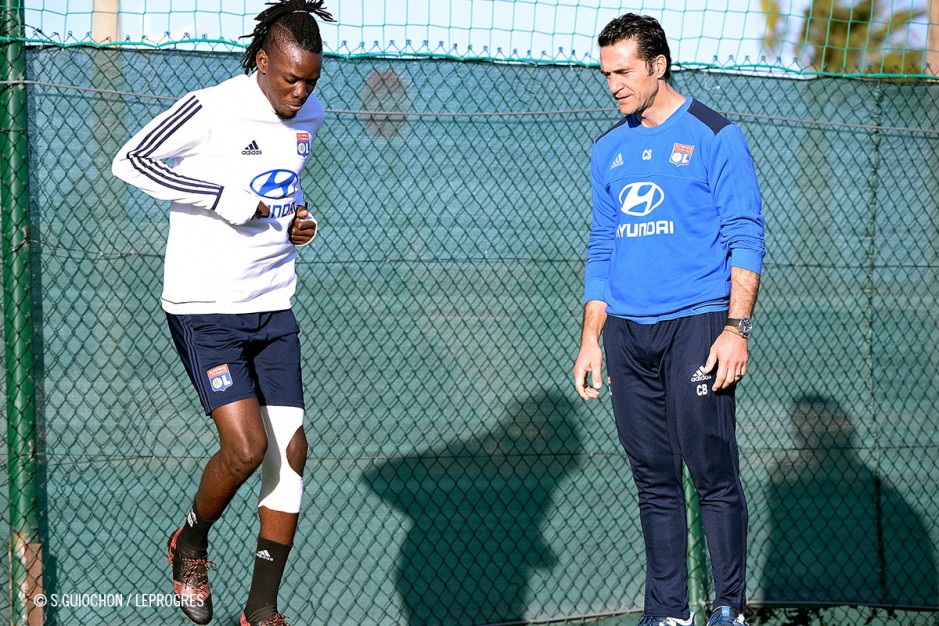 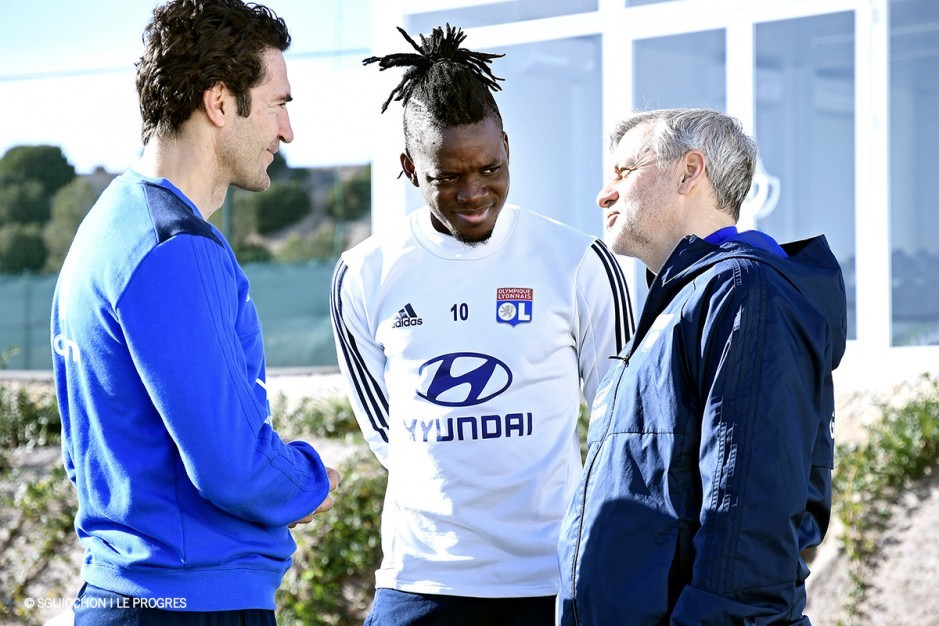 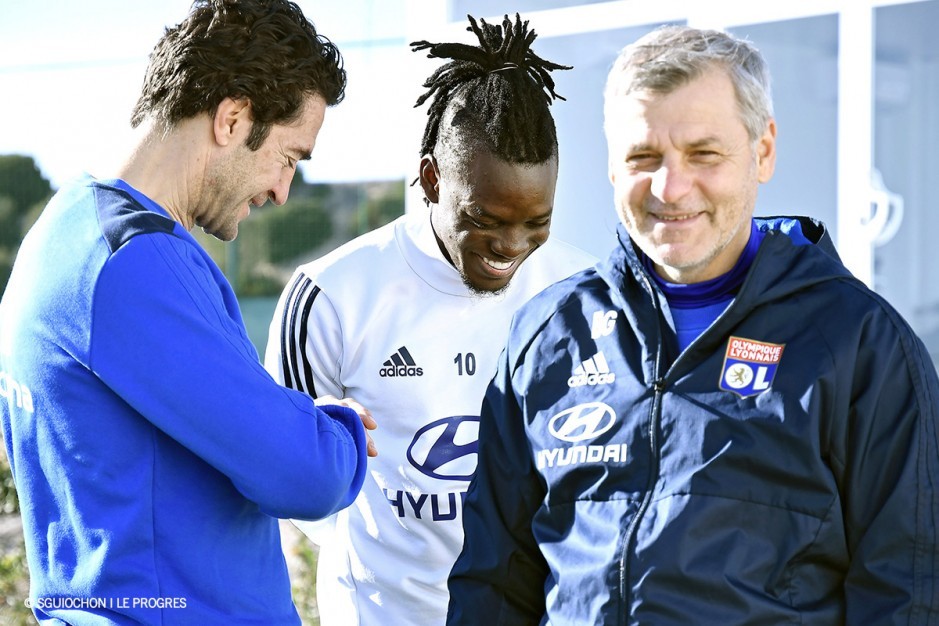 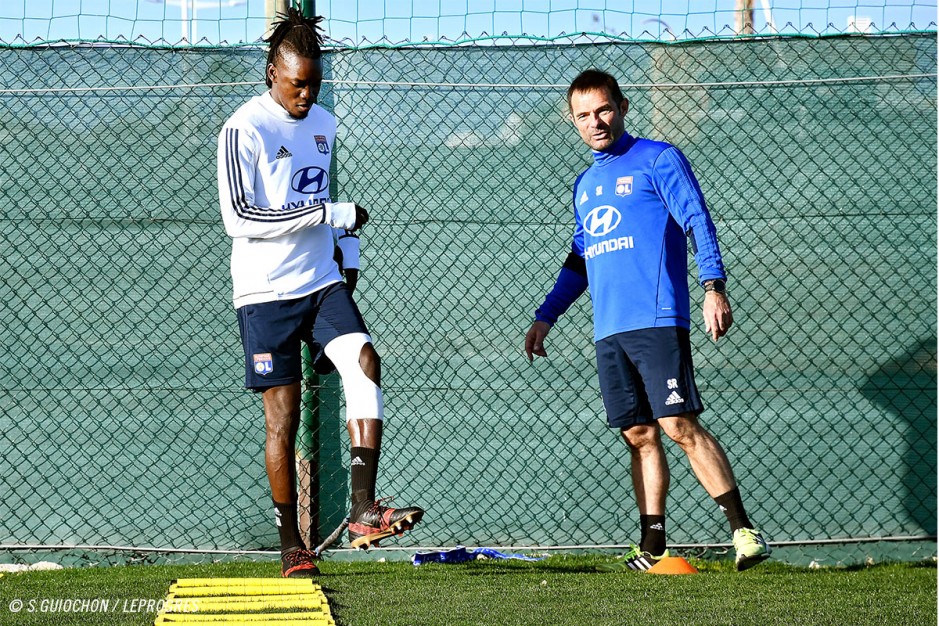 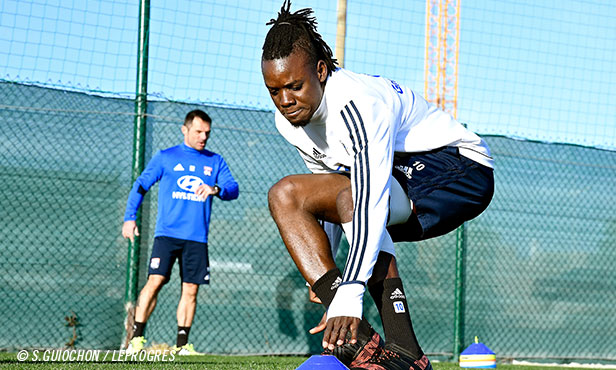 Injured at the end of November, the Burkinabe striker has been working hard over the past few days to regain strength in his legs in order to get back to ball work. Bertrand Traoré and the club physiotherapists are taking advantage of the camp in Spain, where they’ve updated us on his daily life and recovery program.

To see him fly on the sidelines at over 16 km/h in the Spanish heat, it's hard to imagine that Bertrand Traoré suffered a major knee injury almost 6 weeks ago. A bad landing while trying to clear a ball off a corner kick against Limassol on November 23, 2017 forced the striker off the pitch and left him sidelined for an extended period of time. « It was a tough period not getting to play, being away from my teammates. Life with the group was something I missed. It's part of a footballer’s career. You have to accept it and work to come back. » Since then, his daily life has gradually gotten back to normal and the left-footed striker has recovered well with plenty of hard work. Club physiotherapist Jérémy Jacquemot, who helped him during the holidays, isn’t at all surprised at the player’s current form. « We put together a very nice program during his holidays with different exercises. He sent me messages saying, ‘I hate you!’ for a laugh. He works really well and is very conscientious. It does not surprise me to see him like this morning. »

Holiday or not, Bertrand Traore has been putting in hard work, far from the Groupama OL Training Center before reporting back to the club on December 30, a day earlier than his teammates, for a bike session. A day on the treadmill was next, followed by some jogging on New Year’s Day before taking off to Spain for the re-training phase. Physiotherapist Sylvain Rousseau has been with him every step of the way and has planned the player’s sessions. « It’s a lot of hard work, resistance and endurance at high intensity. In the afternoons, we do support work, very specific for his knee. There are also times for massages and recovery. Tuesday morning's running session was exceptional. It was very reassuring for us. He's in very good athletic shape. It bodes for more manageable sessions. »

With his physios and physical trainers confident for the future, Bertrand Traoré is satisfied. In more ways than one. First of all, there’s the pleasure of using his tall, athletic frame to take long strides again. « It's been a long time since I've ran 5 meters [smile]. I am very happy to be running again. It’s going well. Little by little, I’m getting my feeling back. Tuesday morning, I had a nice running session. I still have some small pains, but it's quite normal at this stage. » And then, being the great competitor that he is, there is the desire to return as quickly as possible to his normal routine. « I am also happy to be back with the group. It's nice. I hope to get back as quickly as possible and to be able to train with my teammates. I have worked hard and I will continue to do so to come back even stronger. I will give my all. I'm on the right track. »