Lyon finish first half of season on winning note 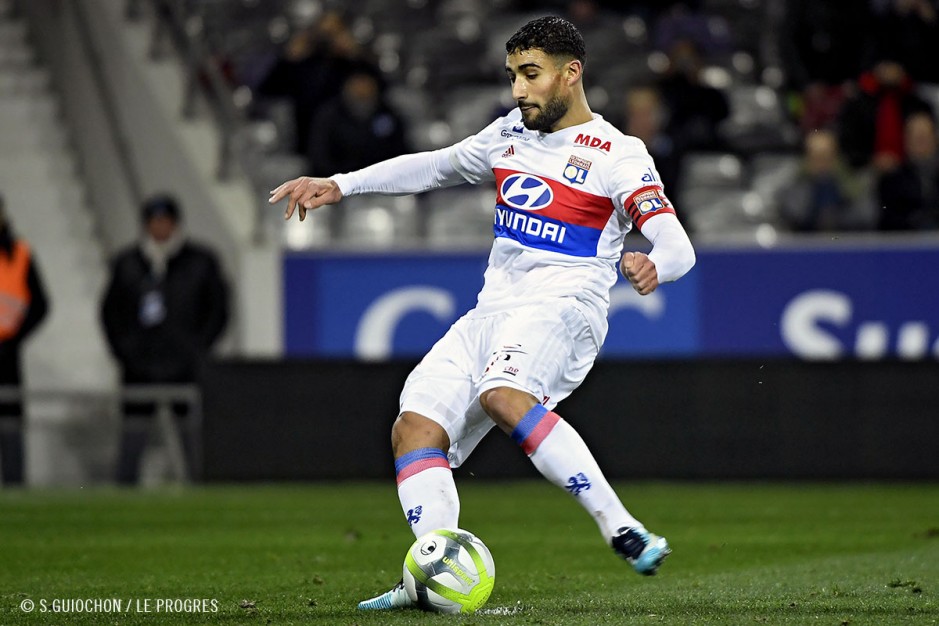 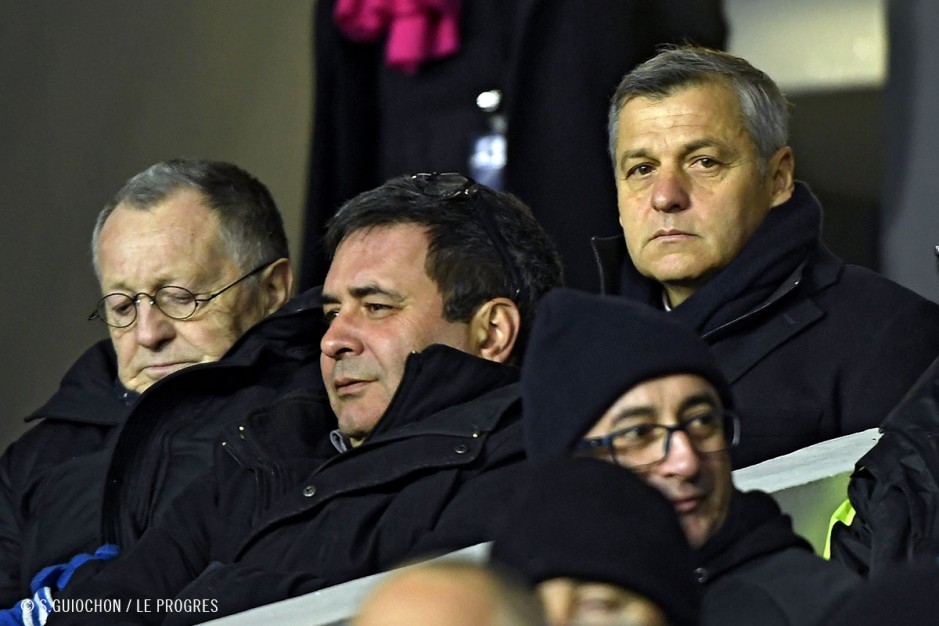 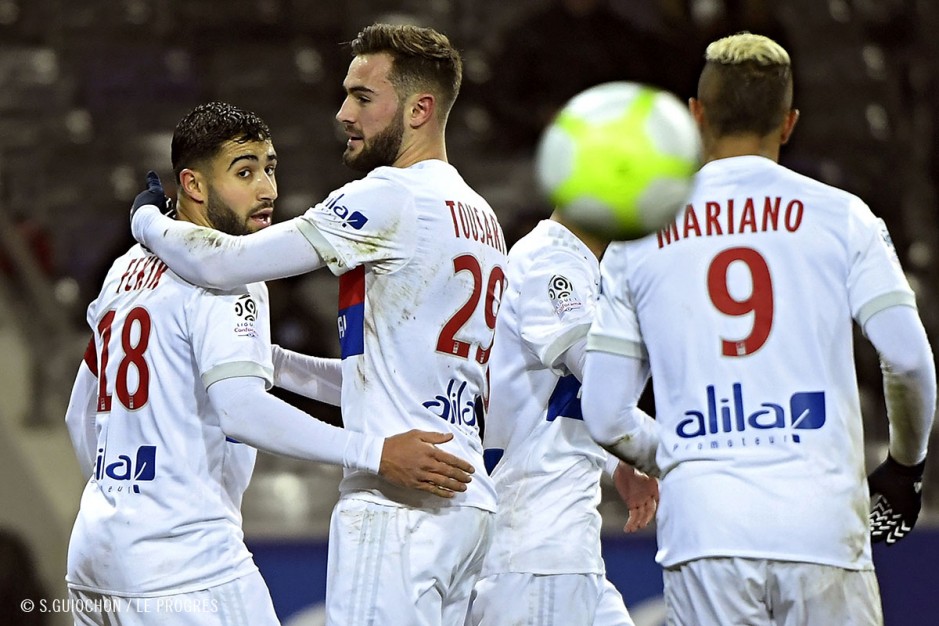 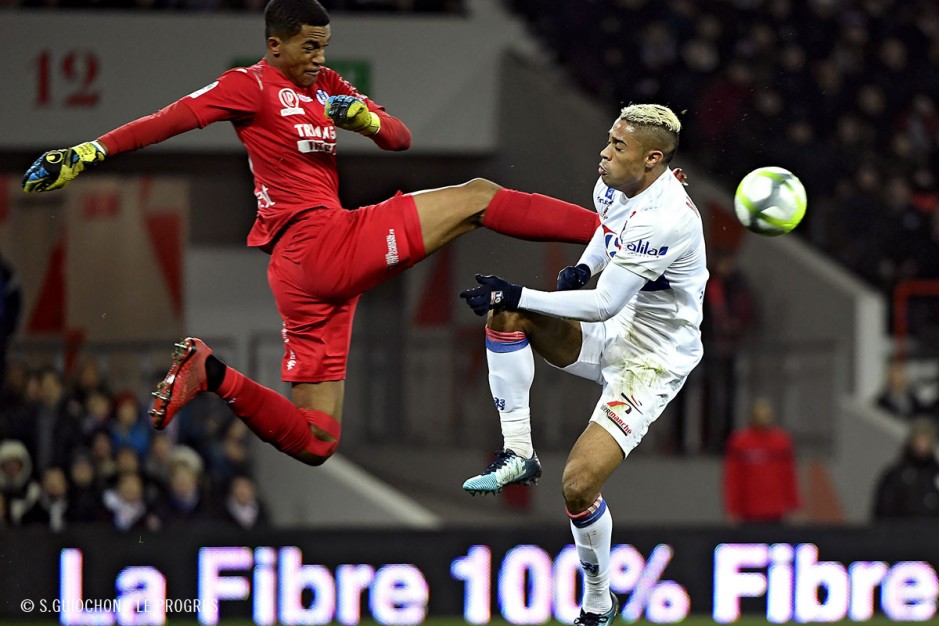 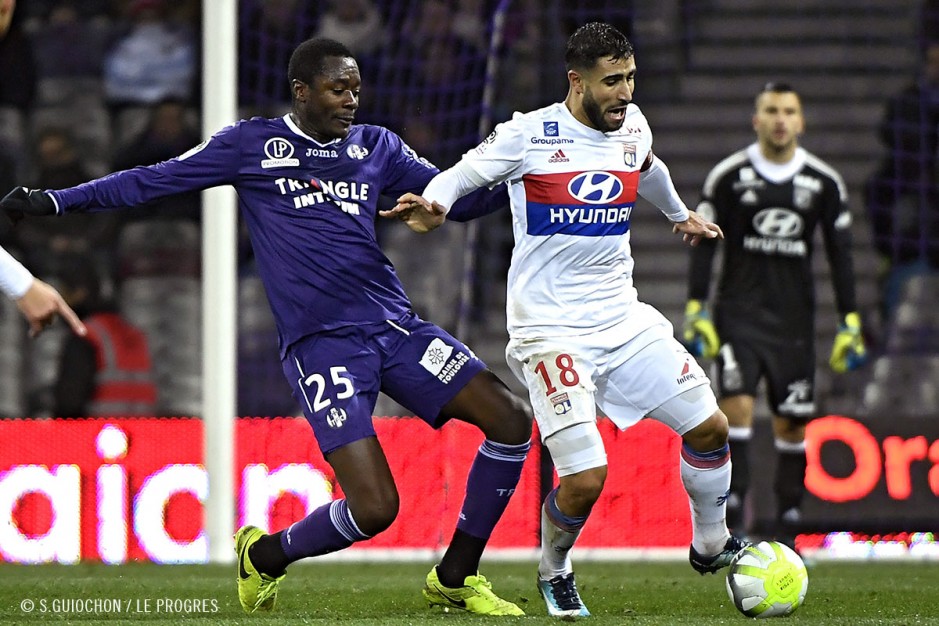 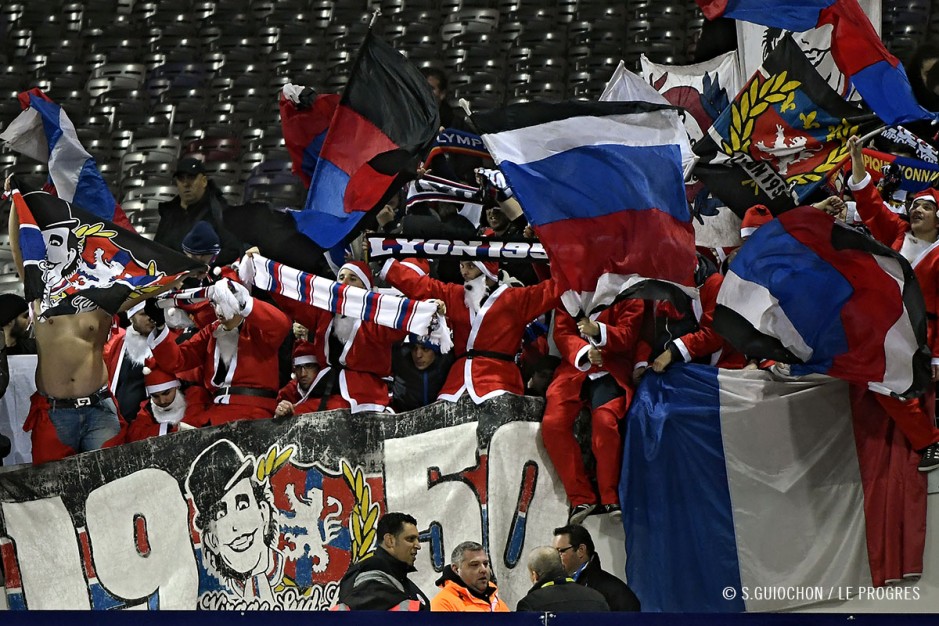 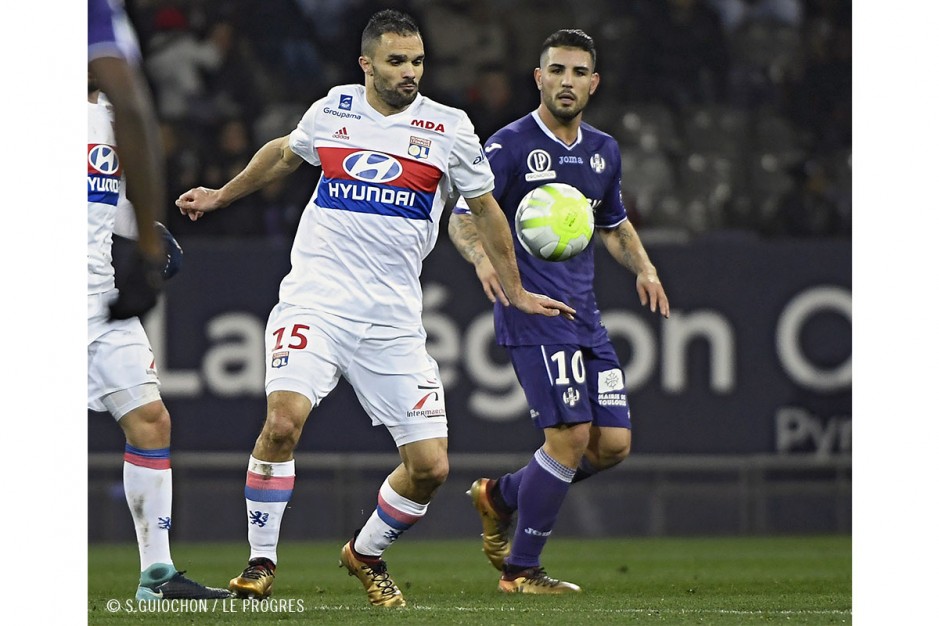 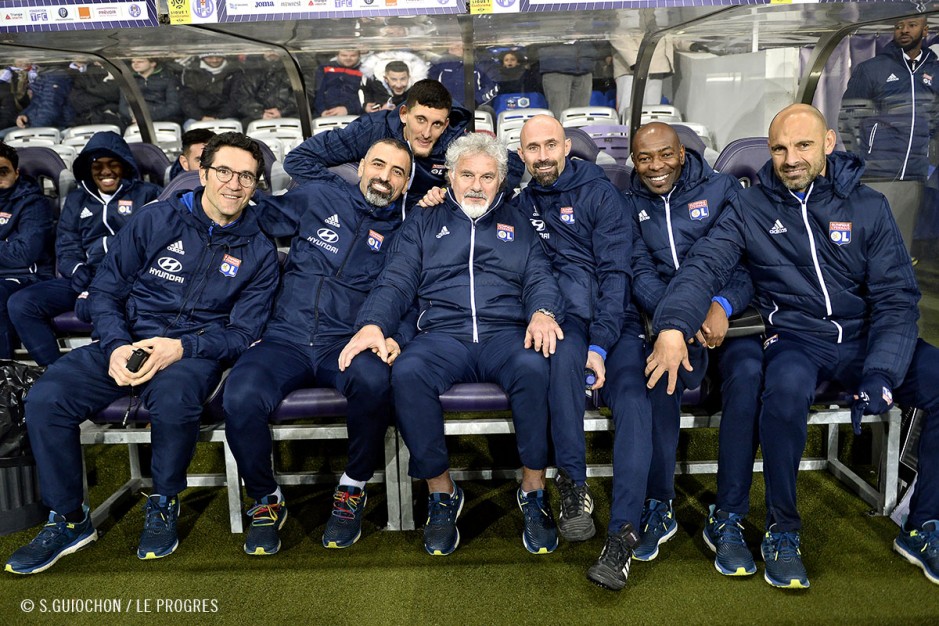 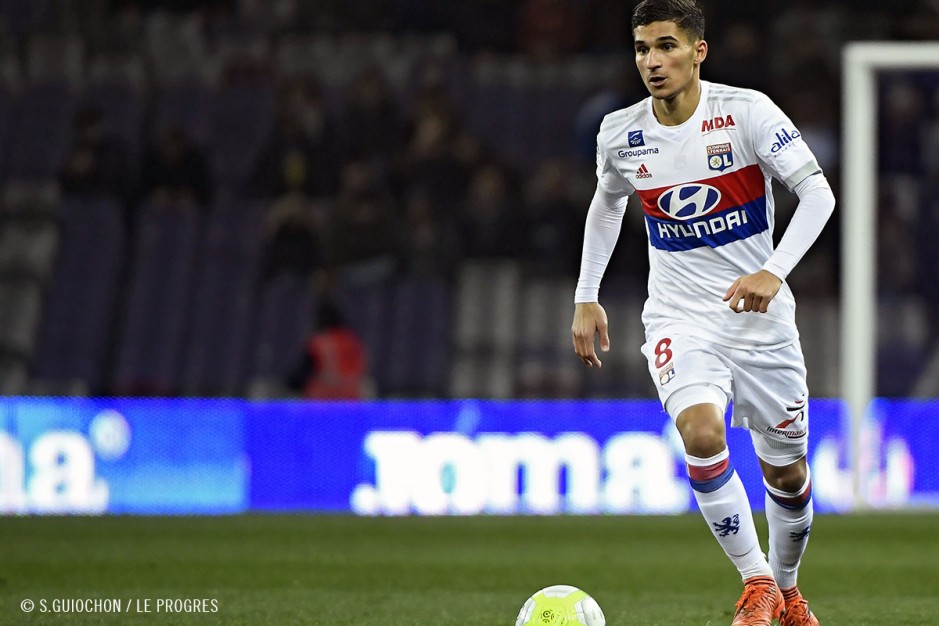 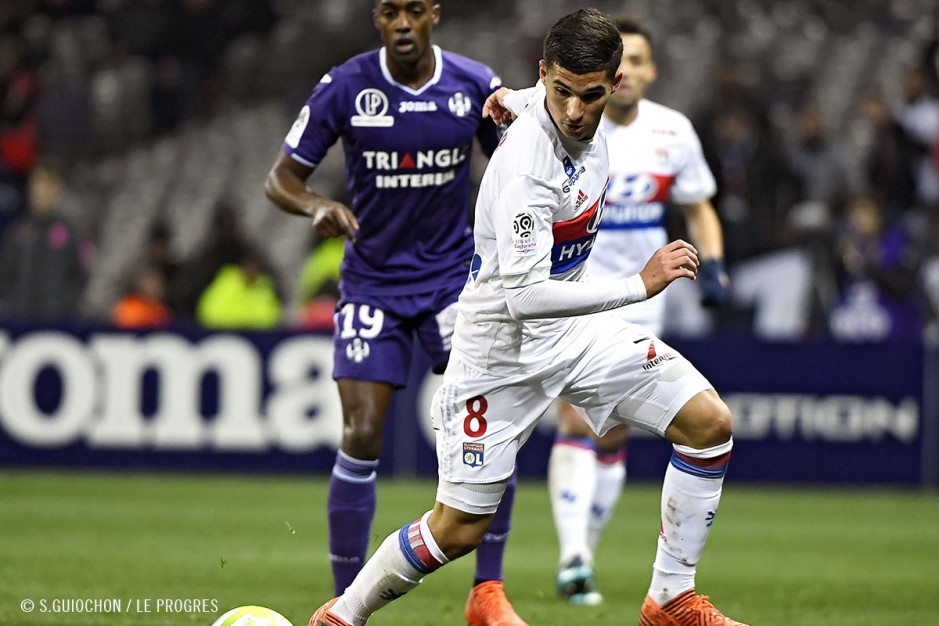 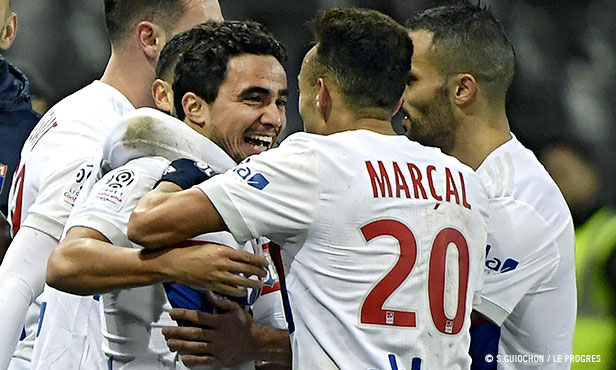 Lyon defeated Toulouse 2-1 in their final outing of 2017, thanks initially to a generous penalty, and then by resisting the late pressure from the home side. Bruno Gensio's side end the first half of the campaign with an excellent 41 points on the ladder and sit third, behind Monaco on goal difference.

6’. Powerful shot by Fekir, saved by Lafont.
16’. Memphis, under pressure can't make the most of his one-on-one with Lafont.
18’. Fekir's free-kick saved by Lafont.
20’. Delort tries his luck from distance.
24’. Penalty earned by Mariano and scored by Fekir. 0-1.
30’. Huge chance for Mariano who can't get his shot on target.
36’. Lopes saves from Somalia.
60’. Memphis leads the counterattack and Mariano is denied by Lafont.
82’. Huge chance for Delort whose header hits the post before Morel clears.
86’. Brilliant save by Lopes to deny Jean.
90+3’. Rafael scores on the counterattack, set up by Ferri. 0-2.
90+6’. Penalty conceded by Marçal and scored by Gradel. 1-2.

OL had one last mission before the winter break against Toulouse. The match was the opportunity to finish the calendar year on a high note and give Joël Bats the perfect send off. Without Bruno Genesio, suspended, and replaced on the bench by Gérald Baticle, OL started with a 4-3-3 formation with Fekir on the right. It was a bright start from the visitors and they deservedly opened the scoring, despite a generous penalty, tucked away by Fekir - his 13th goal of the season. In good form, Mariano had another great chance but missed the target. OL were causing TFC plenty of problems on the counter.

More ambitious in the latter stages of the first half, Toulouse continued after the break. Gradel and Somalia were looking dangerous and Lyon were forced to operate on the counterattack. Mariano had the chance to finish the match as a contest, but Toulouse were still in it… Delort hit the post and Lopes made a brilliant save. Rafael finally got the second goal in stoppage time before Gradel netted a penalty with the last kick of the game. Even if OL struggled at moments, they ended the first half of the season with 41 points and in the top 3 with their best start to a campaign since 2006-07. Bring on 2018!

Ahead on the scoreboard after just 24 minutes thanks to a generous penalty, Les Lyonnais never managed to take the game away from their hosts. In the final quarter-hour, Le TFC threw everything at Lyon and it was then, that Antho Lopes transformed into the match-winner, like he had done earlier against Marseille. The Lyon goalkeeper produced a spectacular save to deny Jean, before being saved by the woodwork for Delort headers, and then helped out by Jérémy Morel. It was another superb performance from Lopes to mark his mentor, Joël Bats' last match at the club.

After Troyes (0-5), Saint-Etienne (0-5), Nice (0-5), Caen (1-2) and Amiens (1-2), Les Lyonnais recorded a sixth consecutive away win in the league with the victory over Toulouse. The last time the club achieved such a feat was back in 2006 under Gérard Houllier. The win means OL are the best away team in the competition with 23 points from a possible 30, from 7 wins, 2 draws and just one loss, at the Parc des Princes.

Jérémy Berthod:
"It was a deserved win. It was a similar match to the ones against Caen and Amiens. We were in control of the game and could have killed it off much earlier. It wasn't vintage OL tonight. We were under pressure right to the end. It's important to win these types of games, something we struggled to do last season. This win caps off an excellent first half of the season and we are on track to fulfil our objectives. It's a shame for Antho Lopes that we couldn't keep a clean sheet at the end."