Genesio: 'We are competitors and disappointed to have lost' 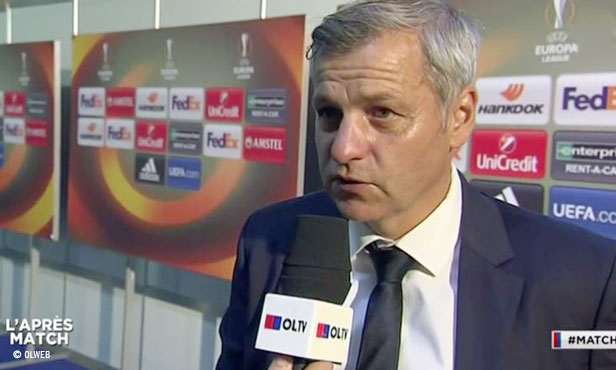 "It was a very tactical match with very few scoring chances. Our first half was very poor. We were completely out-muscled. We didn't make any attacking attacking runs to cause them problems. We made them doubt a little in the second half, without really creating any more in attack, a part from Nabil Fekir's free-kick against the post late on. We had the opportunity to make more runs in behind the Italian defence. We also needed to play more one-touch football. We had control of the football but never looked dangerous. We knew that this was one of the toughest groups. We are competitors and obviously disappointed to have lost, despite qualifying all the same. We reached the first objective. Monday's draw will tell us if it would have been better to finish top. We probably deserved a draw. Now we wait for the draw. Maxwel Cornet is a doubt for Sunday's game."

"Of course it's a disappointment because we came here looking for top spot in the group. We knew they were a physical side, and very compact in defence. We lacked fight in the first half. We played too much through the middle of the park, even if it was better in the second period. We wanted to keep winning. It's over now and we have to focus on Sunday's Ligue 1 match. On a personal level, I felt good out there. I've been working hard in training, but my legs felt a lilttle tight towards the end of the game. We will wait for Monday's draw now, but we know we have to beat some big teams if we want to go a long way in this competition."