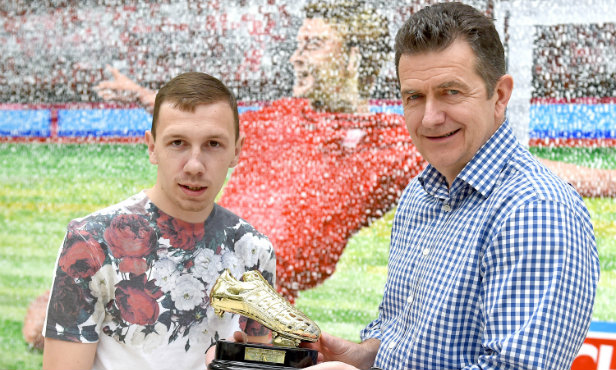 David Prentice has followed Everton for close to 30 years. The British journalist is the sports editor for the daily paper, the Liverpool Echo. OLWEB spoke with him before Thursday evening's Europa League meeting.

Everton is a club with a great history but does it not live too much through its past and its success in the 1980s?

“The Everton faithful and very proud of the marvellous history of their club. They’re the first team to have played at Anfield and who several records like the most goals scored in a league season thanks to the legendary Dixie Dean. We’re also very happy to remember more recent triumphs but, unfortunately, Everton hasn’t really had any since 1995. In remembering past successes, the old timers hope to show the younger fans what a special club Everton is. We’d like to talk more about the present, but the past is more exciting!”

Last season, Everton were the fourth best side at home in the league after Tottenham, Chelsea and Arsenal (13 wins, four draws and two losses). Has Goodison Park kept its magic since 1892?

“It’s even more magical now. Goodison Park can create a powerful atmosphere when the team plays well. That was the case last season. There aren’t many stadiums in football that are more intimidating to play in than when Everton are in good form. Goodison park is often nick named ‘The Grand Old Lady’ because it’s an older-style stadium but has an electric atmosphere when the Blues fans get going. It’s sometimes called ‘the bear-pit atmosphere’. In 2010, Sir Alex Ferguson said that it was often a nightmare to play there. The atmosphere’s fantastic. However, when the team plays poorly, they can create the opposite effect in the fans. The players have extra pressure on them. That’s how it’s been this season. It will be a very sad day when Everton leave.”

How do you explain Everton's sluggish start to the season despite strong pre-season form?

“The mystifying failure to replace Romelu Lukaku is the biggest reason. Everton has entered a new era. Ronald Koeman is now hoping that the goalscoring responsibility will be shared among the team, no long by a sole player like Lukaku, but this hasn’t been the case. Klaassen, Sigurdsson and Wayne Rooney haven’t yet scored as much as was hoped. Some players have adapted too slowly to the Premier League. Some others, who contributed to last season’s good performance, like Schneiderlin and Gueye, have started the season out of form. Jordan Pickford and Calvert-Lewin are promising young players and we’ve expected too much of them. The fixture list hasn’t helped either: Manchester City, Chelsea, Tottenham and Manchester United, with three of those four games being away...”

What are your aims in the league and in the Europa League this season?

“José Mourinho has said that Everton should challenge for a top for place in the league. Koeman doesn’t believe it. I think that we can realistically be in the top six. But it doesn’t look like it at the moment. For the Europa League, the fans would love to make the quarter finals.”

Finally, what do you think of your opponent for Thursday evening?

“I see OL as a very great club, who achieve what they set out to do, who regularly qualify for the European cups and who are without doubt the strongest team in our group. Lyon is an exciting destination for the supporters. I heard about the OL-Saint Etienne derby. I know that the rivalry is as fierce as it is between Everton and Liverpool.”