Marcelo: ‘I can promise you that we’ll have a strong season’ 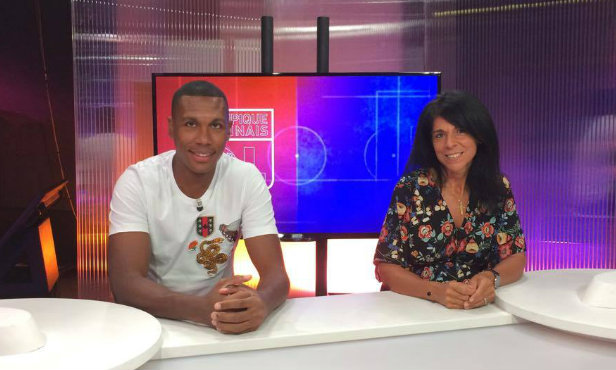 The Brazilian Olympique Lyonnais defender made an appearance on Culture Club last Tuesday on OLTV. He took the opportunity to discuss how he is settling in before going on to talk about his strong start with his new team.

Settling into the club

“I feel good. I’ve started to get to know the city, the people and all the other things that are new to me. I always make an effort to be chatty with people. Since I’ve already played against OL, I already knew almost all the players. Rafael and Fernando Marçal have helped me a lot. It’s easy to settle in when people are friendly like that. If I think about the experiences of Brazilians at Lyon and had to choose one, it’d be Juninho. I’m glad to be a part of the Brazilian history at this club.”

“I’ve had the privilege of playing alongside various nationalities at the big clubs. As a person and athlete, I’ve had the chance to have awesome experiences and make a lot of friends. It’s football that has given me this incredible opportunity. The hardest thing is to leave your country for the first time but after that, you get used to things and it becomes easier. The fact that I speak English helps me a lot because it’s widely used. Anyway, when you have the desire, you settle in eventually wherever you are. I felt right at home in Poland despite the cold. My woman has come with me throughout my career for ten years and it’s really great to have two my kids by my side. I talk with her all the time and she told me that she likes the idea of Lyon and all three of them want to come here.”

“Before playing for amateur clubs, I started to play football on the street when I was about six, like many Brazilians. When I was 14, I was given the chance to try out at indoor soccer. I was finally discovered as a footballer when I was 11 and that’s how I got started.”

“It’s easier to settle in when you’re not the only new recruit. There are seven new players and the technical staff feel an obligation to see all of them flourish. Cheikh: he’s a gun. I reckon he’ll be very good for us. I met him for the first time at training this morning.”

“After the marathon run of four matches, these two days of rest were most welcome. They did us good. We’re now going to prepare to be in good form for the month of September and all that awaits us, particularly a trip to Limassol and the Parc des Princes. But it’s for this sort of thing that I love playing, for big fixtures like those.”

His game and the Lyon defence

“I rarely get red cards. The last time I was sent off was in Germany and it was because I appealed, not because I made a dangerous tackle. I really only tackle as a last resort when it’s absolutely necessary. I’ve had only two red cards in my whole career. I don’t think I’ve singlehandedly brought stability to the defence. I think it’s down to all the players and Lucas Tousart who’ve shored things up. Of course, we need to keep communicating orally but after that we’ll know each other’s game and be able to place ourselves just by looking. I help the others, but the others also help me. This is a team.”

OL's start in the league and Ligue 1 in general

“I think we’ve seen some good things even in the last two matches when we dropped points. We're on the path to improvement. This is a young team that’s well trained and that's still progressing. With time, I can promise you that we’ll have a strong season. Ligue 1 is at a really good level. For proof of that, look at all the great players who are arriving in the league. That does all of us good. Sometimes football is inexplicable. I’m not focused on Paris. When PSG come up on our calendar, I’ll have a close look at their strengths and weaknesses but I’m not obsessed with them.”

His memory of Besiktas against OL

“The match here was a bit frustrating. Lyon came back at the end of the match. I had plenty of chances and Anthony Lopes was really good. For me, it was an even tougher experience because I was suspended for the return match. You really need to keep your nerve when it comes to penalties. Of course I’ll follow Besiktas’s European campaign because I still have a lot of affection and friends at my former clubs. Lyon has a good record in the Europa League and I hope we do ourselves proud in this competition.”

His popularity since his arrival

“I’m aware of this and it makes me happy. It’s a result of my hard work and the fact that I’m conscientious and committed. I want to keep progressing in order to maintain this sentiment.”