Bruno Genesio: ‘It wasn’t business as usual, but there were plenty of positive signs’ 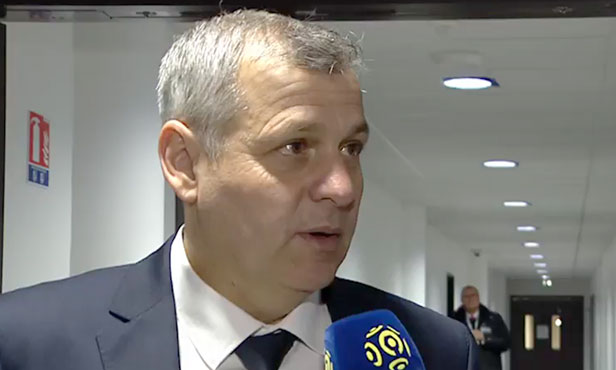 The Lyon coach and the Chapecoense captain shared their thoughts with OLTV after Tuesday’s tribute match.

“It was a good friendly, we were up against some decent opposition with this Brazilian team. Everyone showed commitment, so it was good preparation. We won, that’s good. And we showed some promise. It was also a chance to see the young players who usually play with the reserves but also to see players like Clément Grenier, Kenny Tete, Jordan Ferri, who’ve had less game time of late.”

Tulio de Melo, Chapecoense captain
“The tribute was very important today. We’re at the halfway point of the season here in Brazil. We have to act as a normal football club. What happened is becoming less painful and we’re managing to concentrate on the matches. We need to keep going, that’s what’s important for the club.”

Claudio Caçapa
“We really enjoyed it. It’s a really nice memory for everyone who was involved in this event. It was very emotional for us. We made a small gesture but one that counts a lot.”

Cris
“There was a lot of feeling. I spoke to a few of the players who were present at the accident. It’s not that obvious that it’s hard for them. When you see all that work they’ve done, it inspires you. This can be an example for our young players here today.”
Facebook
Tweet
Forum