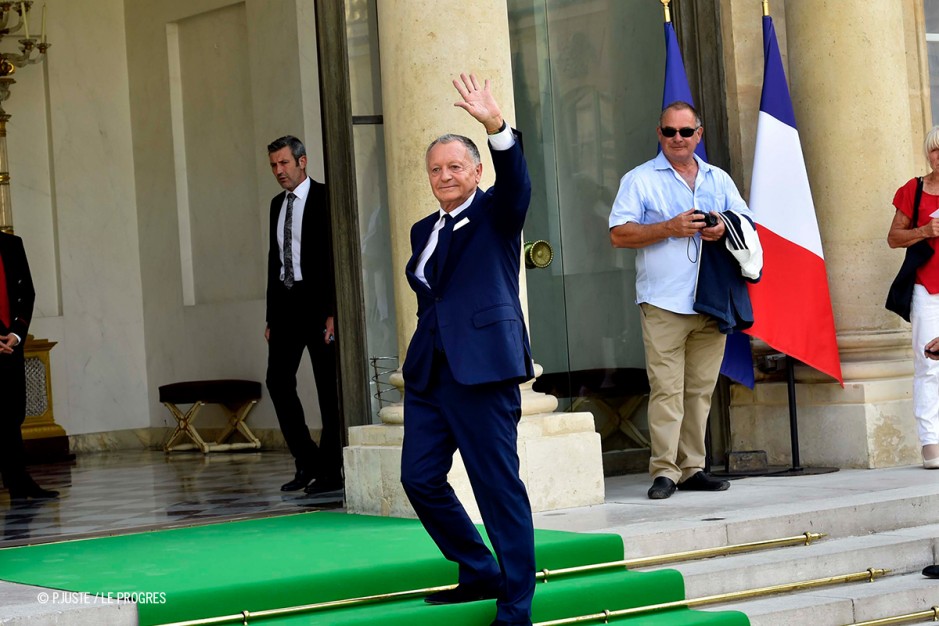 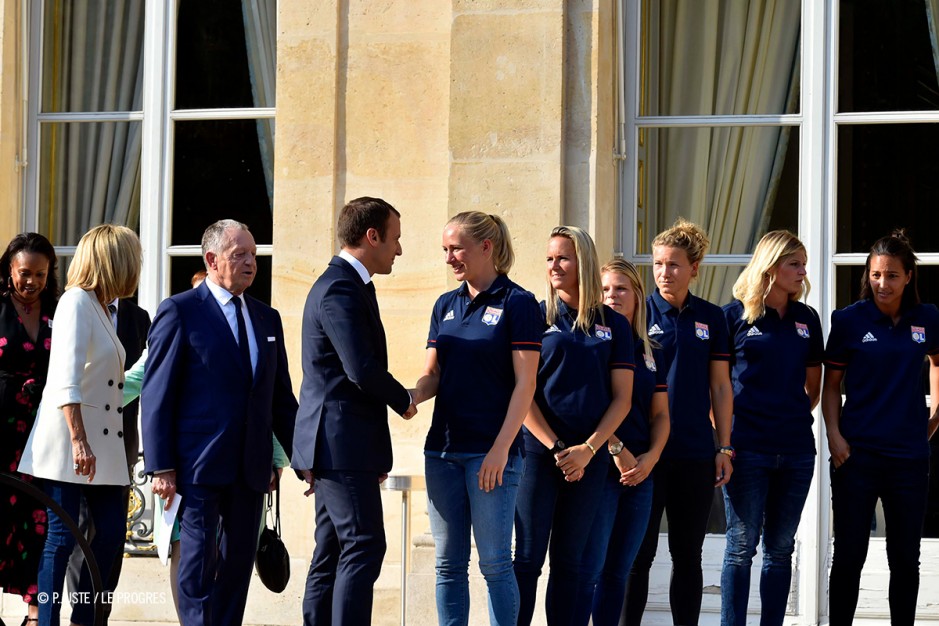 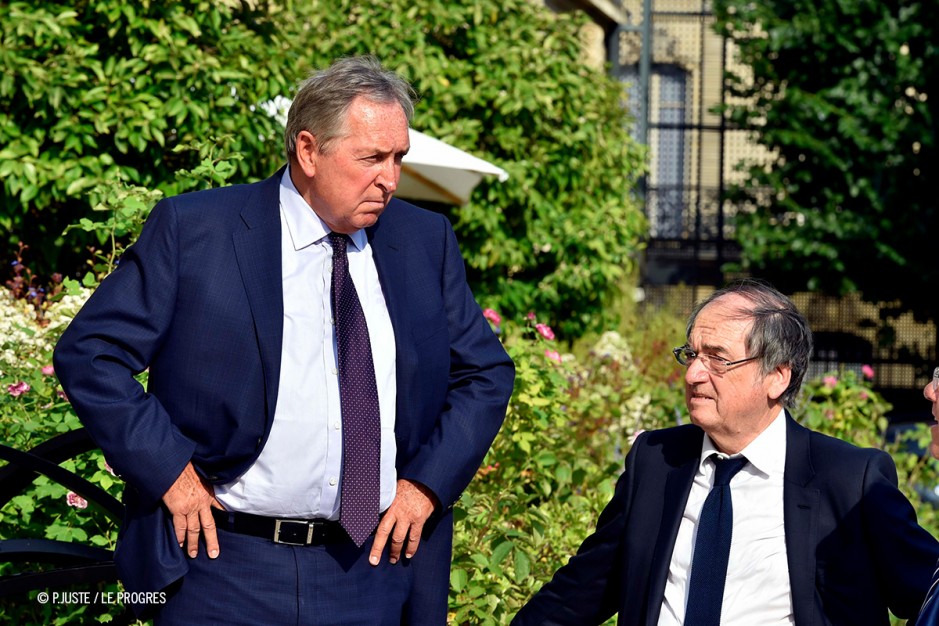 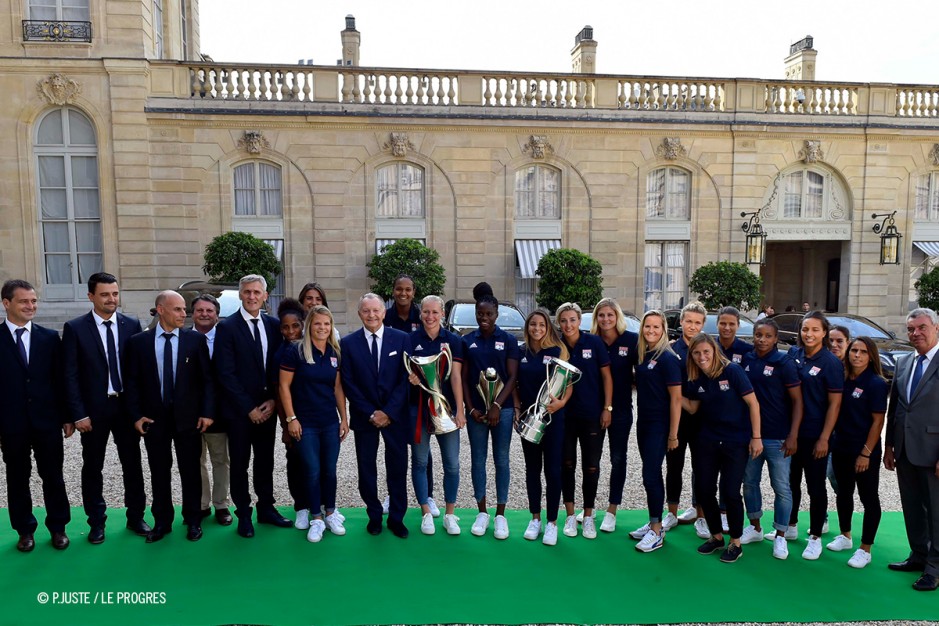 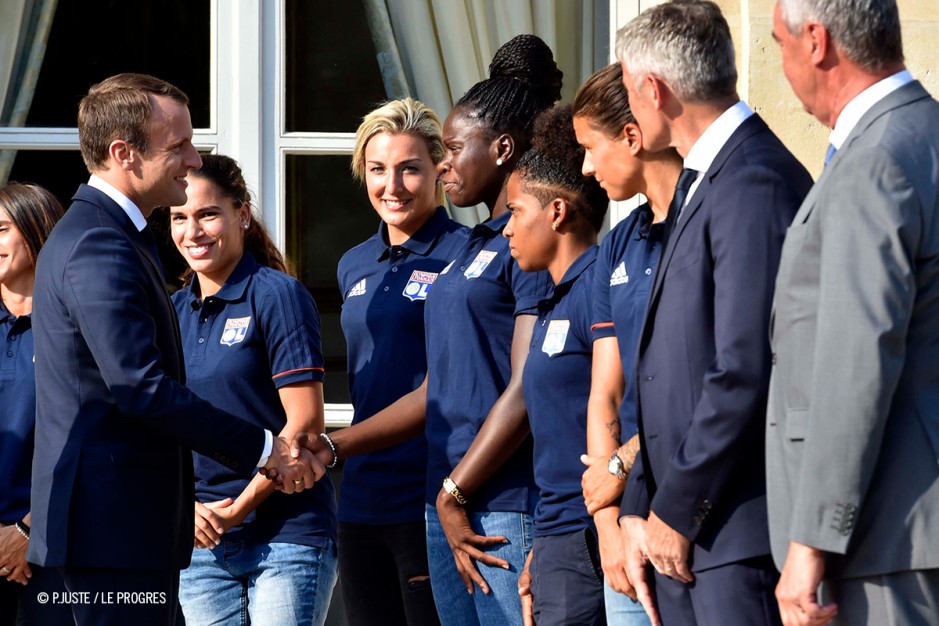 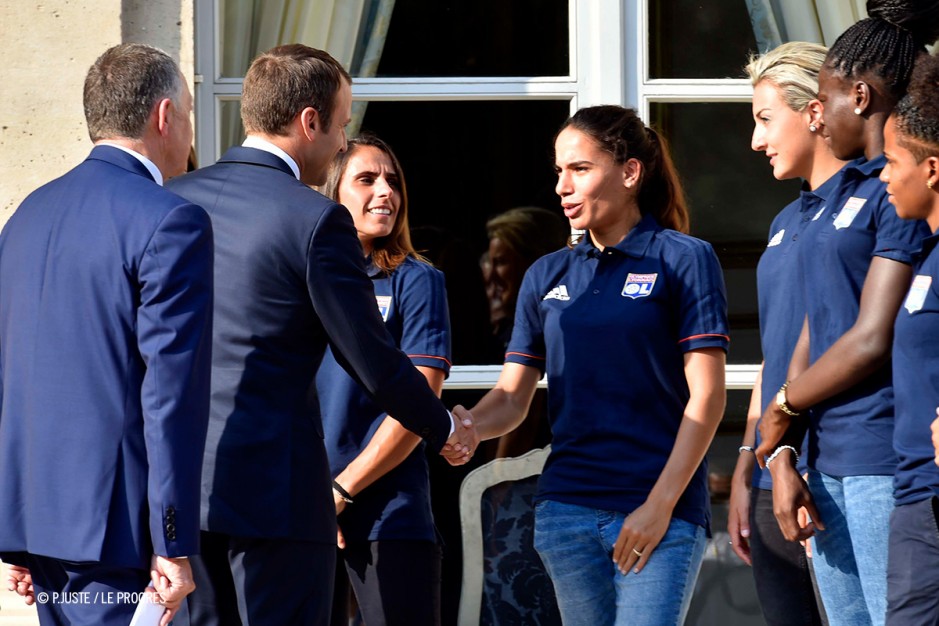 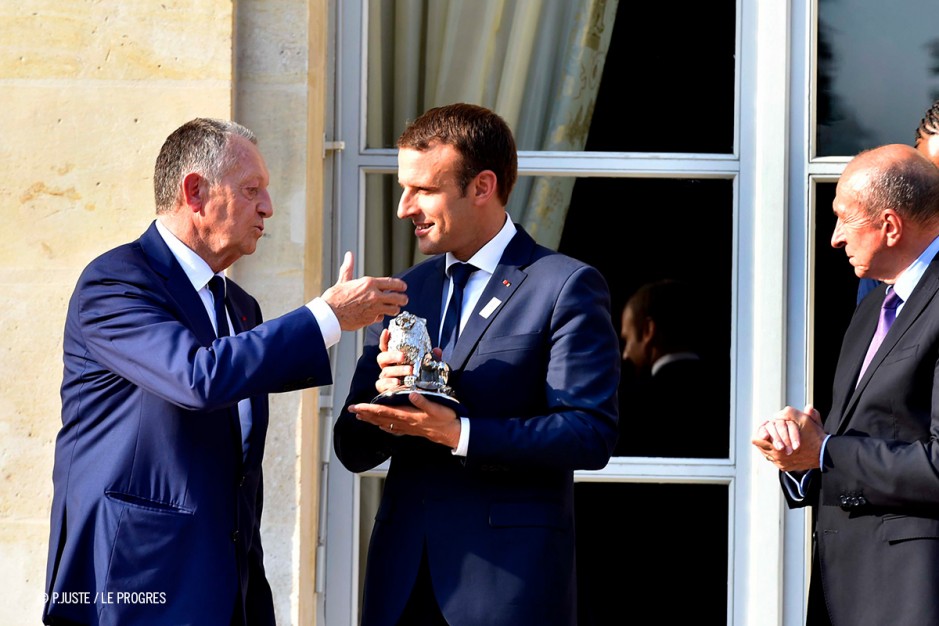 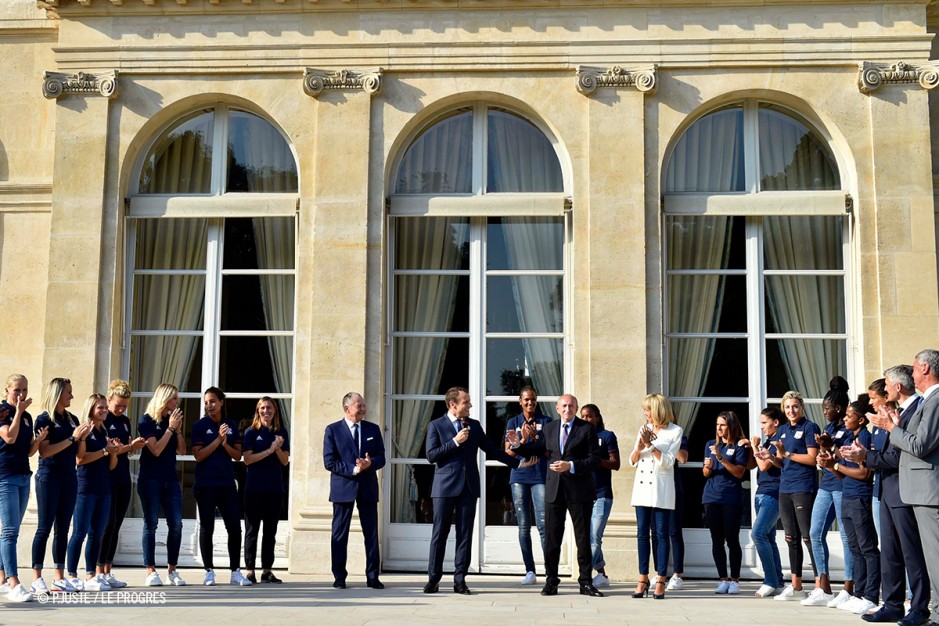 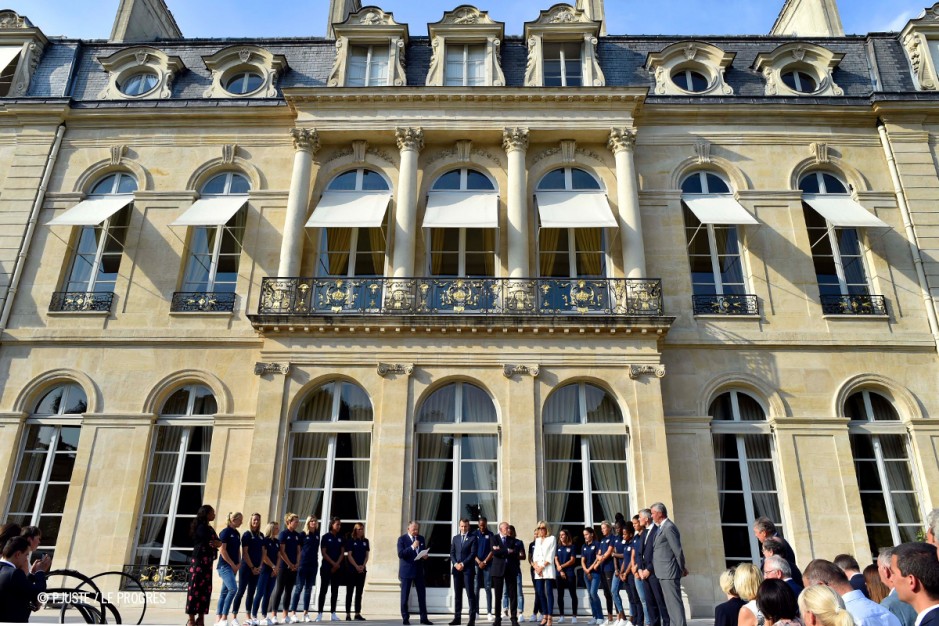 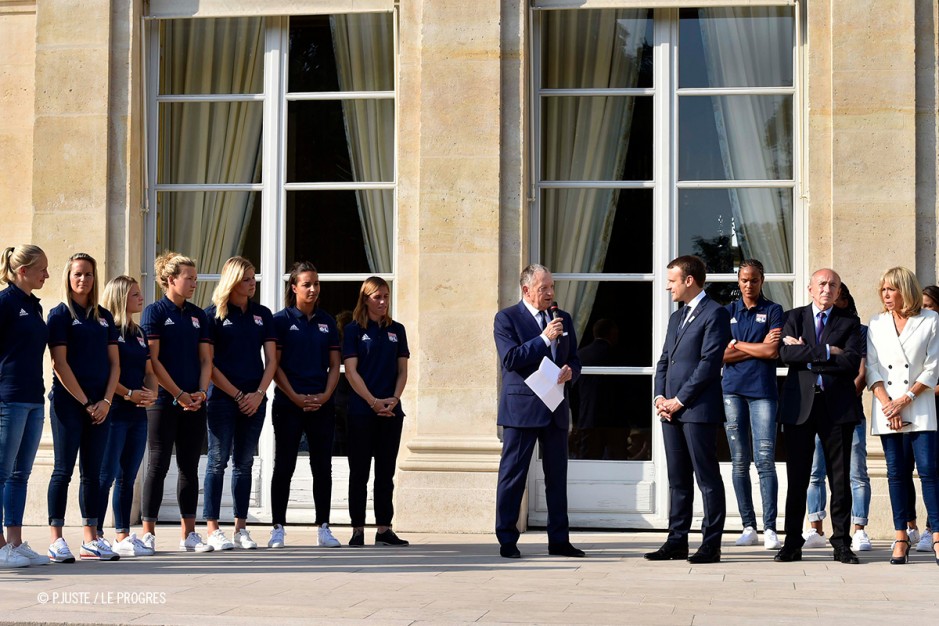 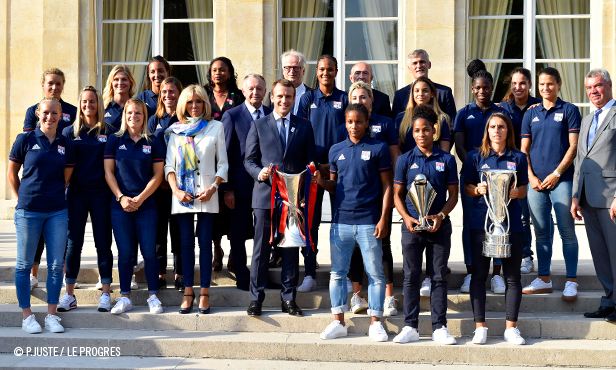 A large group of players from the women’s team were received at l’Elysée on Tuesday, after a near-perfect season capped off by a second consecutive triple (with three triples won in total).

Despite an intense heatwave in the Rue du Faubourg Saint Honoré, it was all smiles as the OL ladies found themselves amidst the opulence of the Palais, where they were hosted by President Emmanuel Macron, first lady Brigitte Macron, Minister of the Interior Gérard Collomb and Sports Minister Laura Flessel. Had the German players Dzsenifer Marozsan, Pauline Bremer and Joséphine Henning been released by their country’s footballing body, they could’ve made a quick dash to the capital. Others, such as Ada Hegerberg, Saki Kumagai, Kadeisha Buchanan and Caroline Seger also missed out.

In conversation, club president Jean-Michel Aulas expressed his pride in seeing women’s football receive such a high level of recognition and exposure before presenting the President of the Republic, Emmanuel Macron and his wife the respective team jerseys of Wendie Renard and Dzsenifer Marozsan, as well as a gold lion, symbol of OL.

After this lovely day in the capital, nine Lyon women’s players are set to form part of the national team at Clairefontaine on Wednesday to prepare for the European Championships, which are set to take place in The Netherlands in July. France will play their first match in Tilburg against Iceland on 18 July.