Bruno Genesio: ‘We showed that we can score three goals and turn situations around’ 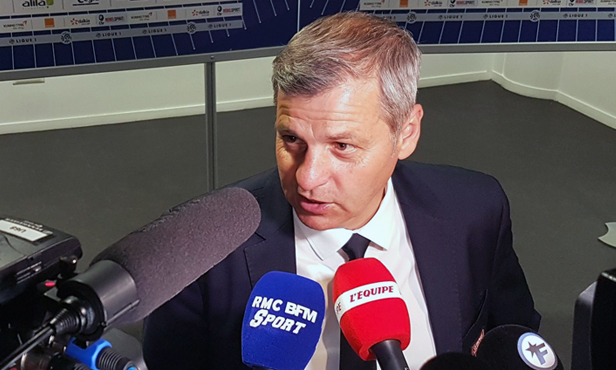 The Lyon coach and his players spoke with OLTV about their win against Nantes.

“We were expecting them to play the way they did. Nantes are good when they’re away. We knew it was going to be hard. The start of the game was tough. We didn’t create enough chances in the first half. Our comeback showed the team’s mental strength but also our attacking prowess. On Thursday, we need to be more focused in dead-ball situations and be better organised when we lose the ball. We also need to make use of the support the fans give us… We showed that we’re capable of scoring three goals and turning situations around. We need to do our best right till the end of the match. Big European clubs start their history when they pull off a feat. It’s up to us to prepare for that.”

“We’re happy. We won tough match but our aim was to shore up fourth place. We knew that they’d be a difficult team to deal with. The first half was very tough, we struggled to establish a rhythm or create many chances. We were more fluid and more aggressive after the break. We got a little bit of a scare but we deserved the win. It was good preparation for the match against Ajax. We have two objectives. We’ll play a final against Ajax and we have the chance to write some club history. We and everyone need to believe that we can do it.”

“The coach talked to me a lot before I went on. I made the difference and that was good for the team. I’m pleased tonight. We need to stay as competitive as possible. On Thursday against Ajax, we need to show another side of ourselves in the first half and I think we should be able to pull it off. Playing matches like this one on Thursday is what this job is about. We have the skills to do it.”