Bruno Genesio: 'Corentin Tolisso needs to be rested on Sunday' 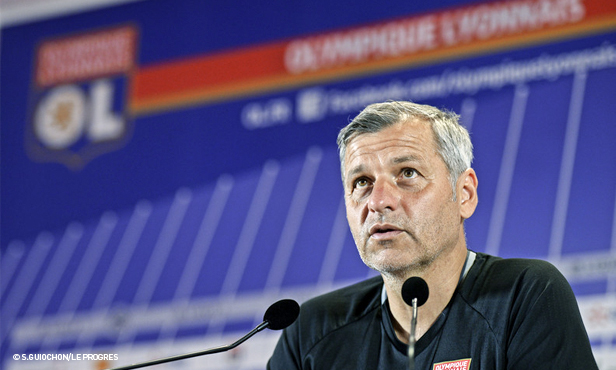 The Lyon coach looked back on the loss against Ajax ahead of the Sunday’s match against Nantes at the Parc OL.

“Memphis is set to come back while Corentin Tolisso may need to rest this weekend because of muscle pain that’s been bothering him for a while. It’s better that he rests now in order to be ready for Thursday. As for Alexandre Lacazette, the medical staff were able to heal him faster than expected. We still need to talk about how long he’ll be able to play in Sunday’s match.”

THE MATCH AGAINST NANTES

“This is an important game in the race for fourth place. I’m expecting to play a different team from earlier in the season. They have some strong player and have lost only a few away matches since their new coach arrived.”

THE LOSS IN AMSTERDAM

“We need to process the loss and then focus again on the league. The first thing you need to do to pull off a miracle is believe. Against both Roma and Besiktas, we were able to create a lot of chances so we know that it’s possible. At the end of the match, the players looked beaten and, straight away, I told them to lift their heads and that the miracle was possible. We’ve pulled off miracles recently and a long time ago. For me, the first three goals were down to individual error. On the defensive side, it’s the whole team that needs to improve. It’s a question of maturity and reading the play. In the return match, we will need to give our all while putting a win together. We need to be able to stay focused regardless of the way the game’s going, whether it’s for or against us. We need to keep a common thread going, something we haven’t managed since the start of the season.”

THE DECISION ABOUT THE MATCH IN BASTIA

“It was important for us to get the three points. It’s a pretty fair decision. It’s a global problem, it’s not unique to Bastia. I understand that they appealed the decision because the players behaved well, that the problem was not with them. I’m saddened by everything that happens in football. We don’t like it, it’s not why we’re in this job.”