Training: A reduced squad the day after the loss to Ajax 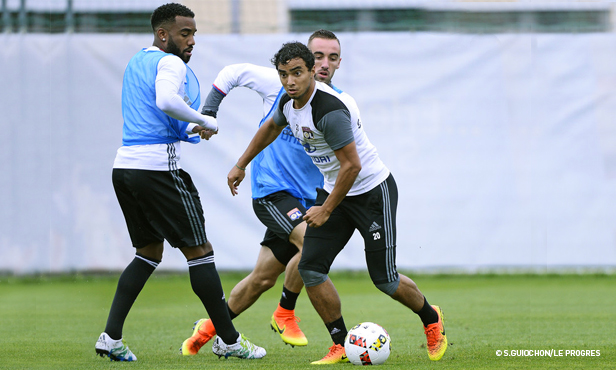 Lyon were back at the Groupama OL Training Centre the day after their setback at Ajax, in the semi-final first leg of the Europa League.

Only a few hours after they got back from Amsterdam, where they suffered a painful setback in the semi-final first leg of the Europa League (4-1), the OL players got back into their training routine. A small group of Lyon players turned up at the Groupama OL Training Centre for the session on Thursday morning.

Twelve players were present under the grey sky of Décines. Among them were those who played a bit of the match against Ajax, including Alexandre Lacazette, those who didn’t play, except Mapou Yanga-Mbiwa, as well as Christopher Martins-Pereira. Maciej Rybus and Memphis trained alongside the squad along with Dimitri Farbos, the club’s fitness coach.

The rest of the squad will train tomorrow to prepare to host Nantes, Sunday at 1700, the 36th week of Ligue 1.