Jérémy Morel: ‘We hope nothing too bad has happened to Tolisso because we need him’ 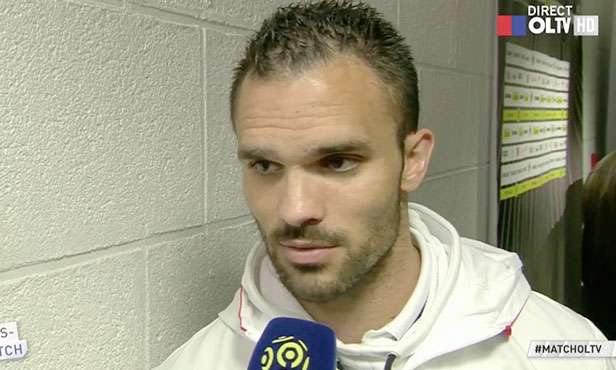 The Lyon players followed each other to the OLTV mic in Stade Raymond Kopa in Angers.

“We were second best as far as commitment went, that made it hard. We didn’t control the game like we’d hoped. The big difference was our good shot conversion. Some days things just come together. But it’s a shame that we didn’t quite answer the call. To win here is still a good performance. It’s important not to lose. It was good preparation ahead of the match on Wednesday. It’s promising for the next match… Corentin Tolisso took a bad knock. We hope nothing too bad has happened because we need him on Wednesday.”

“We knew it was going to be a tough game. We didn’t really shine but we got the three points. We needed to prepare for the match on Wednesday with a win. We did that. We committed quite a few technical errors and didn’t concentrate that well. We conceded a lot of attacks from them. But we knew how to hold on for the three points. This time it went in our favour. We still have a lot of work to do.”

“We didn’t have one chance in the first half and we went off with a two-goal lead. That shows the trouble we had tonight. The score was the only positive thing. We improved after the break. Angers is a team that goes in hard for the ball and plays long balls… Coco was tackled pretty hard. He’s tough and he’ll be ready for Wednesday because we have a very important match.”

“It was a tough match but we already knew that. We weren’t spectacular but we played selflessly. We were very effective. Winning builds a lot of confidence and does the squad good. This win bodes well for the next match. Angers is a very good team with some very athletic players. We weren’t quite as committed as they were but we were effective. We could have controlled the game better… My goal? It came back to me. I really enjoyed the goal, it was lucky. I’m very happy. This is my highest scoring season.”