Bruno Genesio: ‘It’s in the tough times that we see the real men and build for future triumphs.’ 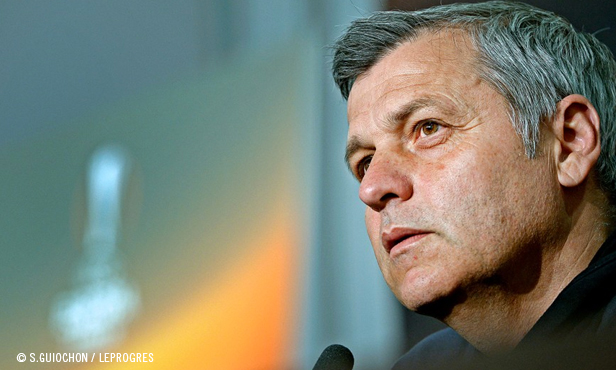 The Lyon coach and Maxime Gonalons fronted the press for the traditional pre-match press conference. They arrived 15 minutes late due to Istanbul traffic. They intend to be at the quarter-final return leg meeting this Thursday.

Bruno Genesio (OL coach): “This qualification isn’t only about focus and the mental aspects, it also hinges on technical and tactical matters. There’s no point denying that given what we’ve learned recently, we’re more reliant on mental preparation. Since this morning, we’ve felt perfectly safe, there’s no feeling of apprehension, only one of wanting to play a great match and put in a big performance on Thursday night. On Monday morning, I told the players that I was proud to see their team spirit in Bastia and that those events should further bond us ahead of this match, which is one of our most important of the season.”

It could be very tight tomorrow.

"It’s in the tough times that we see the real men and build for the future. We know that we need to score in order to have a go at qualifying. We know the strengths and weaknesses of our team, we’ll therefore be highly motivated to play for our place in the semi-final. We’ve also proved that we know how to travel by bringing back a draw from Turin against Juventus and securing our qualification in Rome. So we’ll be trying to replicate that sort of performance against a decent team and it could be very tight tomorrow."

Maxime Gonalons (OL captain): “It’s been a whole week that we’ve been talking about everything but football in the media. What we’ve gone through in the last two games… obviously it’s not what we like. But that doesn’t stop us from being highly focused on this return leg match, which is the most important of the season. We were all scared on Sunday when we saw the crowd come onto the pitch. Thank God no one was hurt. We’re still men after all and I hope that it doesn’t happen again.”

We can't wait to play this return leg... We want to get stuck into it

At the moment, we can’t wait to play this return leg. On Thursday they will be in front of their fans and it promises to be an electric, vibrant encounter. We need to prepare for a tough match because their 40000 fans will be making their presence felt. We want to get stuck into it. We have a semi-final to go for and we'll do everything to get there."