Bruno Genesio: 'This win shows that we have character' 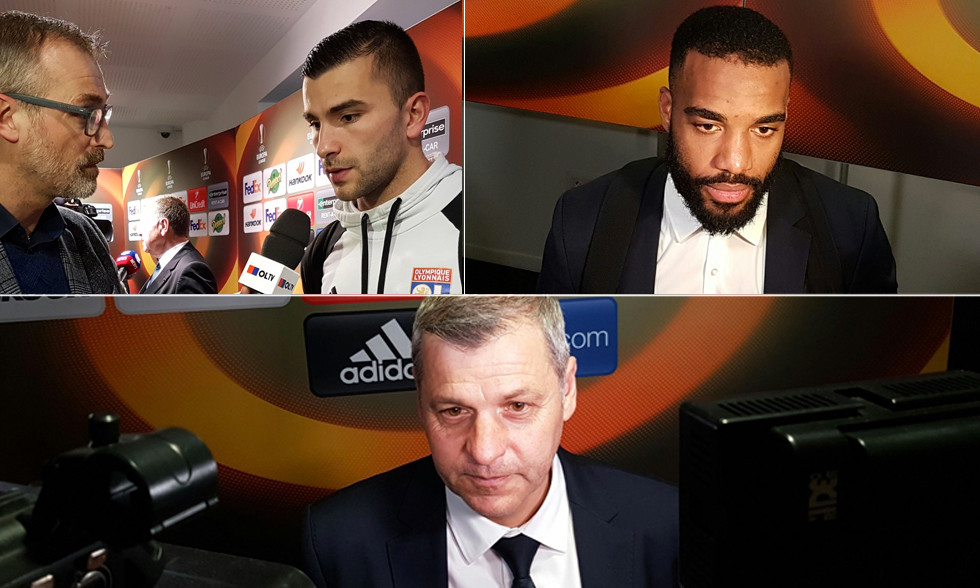 The Lyon coach and his players took turns at the OLTV mic to share their thoughts after the 4-2 win over Roma.

"We managed to wrap the match up and score three goals after the break. It's a nice night for us. Equalising very early in the second half did our mindsets a lot of good. It's very promising to come back in a match against a team like that. It shows that we have character. We're two goals ahead. We need to be solid next week. We have some really great players and while they're motivated like this, with such belief, it's great to see."

"We're pleased with our performance against a great European team. We played only one half but we're not complaining. After the break, we finally pulled the things off that we wanted to and applied the coach's instructions. It's a team win. The crowd was really good tonight. Tolisso's goal was the turning point because we really started pressing hard straight after that and didn't leave them time to organise themsevles... We need to play well in the return leg. We don't have enough experience to manage... The goal I scored was a reward for all my efforts."

"We didn't have a good first half. We rectified things in the break by kickstarting our pride. We managed to score very early in the second half, which put doubt in the opposition's minds. That's where we got the win. The two goals we conceded were avoidable, but that's part of the game. We were looking for perfection and we got closer to it after the break."

"This is a really nice win. We had a tough first half. We regrouped and said a few things. It's a bit like our season overall. We put a lot of effort in and we were well rewarded. We're capable of some great things even if we shouldn't get carried away. We don't want to have any regrets. We've had enough this season."

"This is a real European Cup match. We really wanted to put in a good performance tonight for ourselves, for the club and for the fans. We played a high-level match. We went to the change room with the best of intentions. We're halfway through a two-match tie. We need to rest up."